“Freedom is never more than one generation away from extinction. “ – Ronald Reagan

Ronald Reagan once warned, “Freedom is never more than one generation away from extinction. We didn’t pass it to our children in the bloodstream. It must be fought for, protected, and handed on for them to do the same, or one day we will spend our sunset years telling our children and our children’s children what it was once like in the United States where men were free.”

I have thought of this quotation many times in the past month.

I thought of it last week when pro-democracy protesters in Hong Kong were silenced by the Chinese government when they imposed a life sentence on those who speak out against government in any way. Permanent and non-permanent residents are subject to the new law. Pro-freedom activists immediately began deleting their social media posts and begging friends outside Hong Kong to delete all chats. Over 300 were arrested and taken to China the first day. Others are now in hiding. And just like that, the Basic Law protecting freedom of speech and freedom of assembly no longer exist in Hong Kong.

I thought of it this month when Americans everywhere protested against the injustice many African Americans and other minorities experience in their daily living—the way they are often treated by shopkeepers, neighbors, employers and especially by police officers and judges. It reminded me of similar activism when I was a teenager in the 1960s and we, too, rallied in support of civil rights. I thought of Bob Dylan, “the voice of a generation,” who brought attention to this outrageous treatment with songs like “The Lonesome Death of Hattie Carroll,” “The Death of Emmett Till,” “Hurricane,” and his bold call to action in “The Times They Are aA-Changin’”: “Your old road is Rapidly agin’/ Please get out of the new one/ If you can’t lend your hand/For the times they are a-changin’” If you aren’t going to change with the times, he sang, then get out of the way so we can do what needs to be done.

We marched for freedom, marched for equality, and marched for policies designed to make things better that somehow only made things worse. And now, here we are again, marching for civil rights and watching the Constitution hang by a thread because “Freedom is never more than one generation away from extinction.” We have to protect our freedoms vigilantly, daily.

And I thought of it again this week when FreedomFest was shut down by an overzealous governor set on protecting life while unwittingly killing the only thing that makes life worth living: Freedom. Milton Friedman said it well: “Freedom is a rare and delicate flower. Our minds tell us, and history confirms, that the great threat to freedom is the concentration of power.” Our governors are exercising far too much executive power right now, and they are extending those executive orders far beyond the 30 days most of the states allow.

Freedom of speech and freedom of assembly are our two most significant rights. Without them, we must cower in fear, afraid to speak, afraid to act, afraid to associate with those who might be deemed enemies of the state, as the courageous freedom fighters in Hong Kong have sadly discovered. Without these two freedoms, nothing can change. Without them, no one can rise up. No one can speak out against social injustice. No one can lobby for property rights or school choice or marriage rights.

Think about it: every important freedom that we enjoy today came as a result of speaking out against the government. The colonists assembled in their town meetings, spoke out against King George, and wrote their own Declaration of Independence. Did they cover everything and everyone? No. But did they provide a way for future generations to speak out and fix their mistakes? Yes. Black men would earn the constitutional right to vote next, and women would follow. 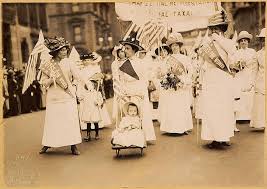 When the abolitionists exercised free speech and free assembly to speak out against slavery, they were speaking out against the government. They were hated and vilified by many, but they couldn’t be silenced. Suffragists were protected by free speech and free assembly as they lobbied for the right of women to vote. They were mocked and derided too. Branch Rickey used his rights as a private businessman to hire Jackie Robinson and change the course of American sports. It required breaking some local civic statutes, but his constitutional rights transcended local laws. Every step of the way, the twin freedoms of speech and assembly have made it possible to change bad laws.

Yet we have become a nation driven by cancel culture, public shaming, doxxing and virtue signaling. So-called “hate crimes,” while well intentioned, limit free speech and may well lead to an environment where a future abolitionist or suffragette or gay rights activist would be arrested for expressing views different from the status quo. We cannot risk losing or limiting free speech, even if it means allowing people to say hateful things.

When I was a little girl and my feelings were hurt, my mother used to tell me to shake it off with a simple, “Sticks and stones may break my bones but words will never hurt me.”

Voltaire is credited with saying it much more eloquently: “I may disapprove of what you say, but I will defend to the death your right to say it.”

And I agree with colonial revolutionist Stephen Hopkins: “In all my years I ain’t never heard, seen nor smelled an issue that was so dangerous it couldn’t be talked about.”

FreedomFest has been shut down for this year, and we grieve the loss of being with our friends and sharing the message of liberty with you.

But FreedomFest will not be silenced. We will continue to be the big tent — big enough for big ideas, controversial ideas, unpopular ideas, inspiring ideas, eye-opening ideas. Ideas that will change our world. 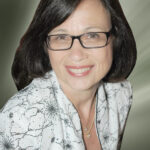 Jo Ann Skousen is the founding director of the Anthem Libertarian Film Festival and co-producer of FreedomFest. She teaches English literature and composition at Chapman University and Sing Sing Correctional Facility.

Previous StoryWhat Will You Do When Your World Crumbles?
Next StoryShould FreedomFest Go Virtual?