In the early 2000s, Utah appeared ready to “go all in” on becoming the first state to pass legislation to create a universal school voucher program. In 2004, Republican gubernatorial candidate Jon Huntsman, who ran on a platform that included vouchers, won the election 58% to 42% over his Democratic opponent. In addition, the Republicans held large majorities in both chambers of the state legislature, with many of those Republicans championing the idea of vouchers.

Then, in the 2006 mid-term elections, Republicans increased their majorities and primaried several Republicans who had been less supportive or against vouchers.

The table was set for a huge victory for school choice.

The 2007 legislative battle to pass HB 148, which at the time was considered the most expansive voucher bill in the country, was intense, but Republicans had the votes needed to win the battle. On February 16, 2007, Governor Huntsman kept his campaign promise and signed the bill into law.

This was the last of the good news. In fact, the bad news for vouchers and HB 148 actually started with the signing of the bill. There was no press conference—no large ceremonial signing. Instead, the governor “quietly” signed the bill shortly after it made its way over from the legislature.

Within days of the signing, a group made up of the Utah Education Association and the Utah PTA announced that they would begin the petition process to overturn the law. In just 40 days the group secured more than 124,000 signatures to ensure that Utahns would have the chance to veto HB 148 in a special referendum election later that November, which is exactly what Utah voters did.

Why did this happen?

The easy answer is teachers’ unions. On its face, this is an extremely reasonable claim. Teachers’ unions (Utah is no exception) are really powerful. They are organized and can mobilize quickly. And they have plenty of money to spend to defeat school choice bills such as Utah’s HB 148. (The National Education Association committed $3 million to overturn HB 148.)

So why did Utah voters really reject HB 148?

Some answers to that question can be found in the management theory of diffusion of innovations. The theory was developed by Everett Rogers, who, in his breakthrough research in the early 1960s, found a way to visualize and demonstrate how ideas or innovations spread. Diffusion theory provides us with three relevant lessons from the Utah voucher defeat that can instruct freedom-oriented policy advocates in their efforts to create more wins for the principles of individual liberty, property rights, free markets, and the rule of law.

Lesson #1: Know where you are on the diffusion curve.

Diffusion theory identifies five types of adopters: innovators, early adopters, early majority, late majority, and laggards. “Figure 1: Diffusion of Innovation Curve and Adopters” shows where these adopter types fall on the diffusion curve and what percentage of a population those adopters represent.

The diffusion implication here is that it is virtually impossible to take an idea/concept/policy that impacts just a few people and overnight move it to apply to the entire curve without experiencing innovation whiplash. In Utah this dynamic played out on two fronts. First, 97% of all students attended public schools and as such had no real-world connection with the concept or practical implementation of school choice. Second, Utah had a successful voucher program that it had been piloting that impacted about 1,000 students out of hundreds of thousands. Moving from that limited adoption dynamic to a “universal” solution guaranteed that at a minimum you’d have the early majority, late majority, and laggards looking to push back on the innovation.

Lesson #2: What people use to measure success matters.

Any time a change is introduced into a system, innovators need to carefully evaluate how the measurement of success needs to change. The more radical the shift away from the norm the policy creates, the more imperative it is that the definition of success be redefined or changed altogether.

Failure to change success measures when pushing for an innovative policy reform effort is a quick way to accelerate defeat of the reform. For those advocating for reforms that move us toward a more free society, this means that idea entrepreneurs cannot expect freedom-oriented reforms to succeed as long as those reforms are measured by tyranny’s standards.

One of the clearest examples of the failure to redefine success is in the education policy sphere. For decades now, standardized tests have been the de facto standard against which all reforms are measured.

This standard of measurement is a legacy measurement tool of the industrial revolution and is, by its very nature, a non-individual measurement form. It is the perfect measurement tool if we—like the Prussians who pioneered our current form of education—want to create standardized humans. It is the exact wrong success measure if we want to enable diffusion of education reforms that introduce more choice and treat students as individuals.

Lesson #3: The face of the reform matters.

For most ideas or movements, the innovators (most often the policy or advocacy groups that were the first to champion the idea) become the de facto face of a particular policy reform movement. This is understandable. Innovators have an in-depth knowledge of the reform. They have a real passion for the ideas and the philosophy behind those ideas. And last but not least, they were there first.

The problem is that innovators are often viewed as outsiders, as weird, as “not like me.” For a policy reform movement to gain momentum and broadly diffuse, the innovators must give up their visible spot as the face or front of the movement and hand that position over to an early adopter. While not as well-versed in the details or perhaps as philosophically pure as innovators, early adopters are seen as trustworthy opinion leaders and reside much closer to and interact regularly with the early majority and late majority adopters.

There are no guarantees in idea diffusion. Society is a dynamic and often unpredictable environment. However, by leveraging these three lessons from innovation diffusion, freedom-loving policy researchers and advocates can best create the environment and events where their ideas will have the best chance of being discussed, debated, and ultimately adopted into law and culture.

Join us at FreedomFest, July 21-24, 2021, at the Rushmore Civic Center in Rapid City, South Dakota to learn more about how you can be more successful in restoring principles of individuality and liberty in your community. 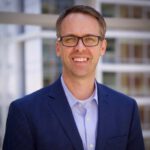 Dr. Lyall Swim is the Chief Operating Officer at Atlas Network. In his role, Lyall leads the organization’s team and systems development as Atlas Network continues to grow in size, reach, and impact. For the past 17 years, he has engaged with more than 20,000 adult learners in dozens of organizations around the world. His focus has been to build increased leadership and operational capacity and enable organizations to successfully navigate various forms of change. He is a sought after speaker on ethics, leadership, innovation adoption, and education innovation. As the director of operations for Sutherland Institute, Lyall helped lead a redesign of the organization that enabled the Institute to better leverage the strengths of each staff member and increase the profile and influence of the Institute in Utah.