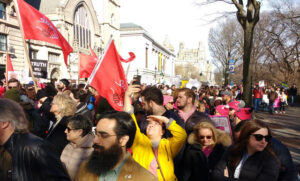 I recently came across the headline of an article that declared “millennials support socialism because they want to make America great — but for everyone.” The author continued on, proudly stating that the word “socialism” is becoming more mainstream. Membership in the Democratic Socialists of America has exploded, and the 2019 YouGov poll found 70 percent of millennials now say they would vote for a socialist.

In his attempts to minimize the reality that most millennials do not know what socialism actually is, the author chose not to point to Vladimir Lenin’s pronouncement that “the goal of socialism is communism.”

And one of the ideological objectives of communism is the elimination of religion.

“No amount of hope or hermeneutic effort can cleanse communism’s record of blood—especially the blood of religious adherents. Every communist regime has sought to purge the faith of its people. An atheistic ideology, communism is not only irreligious but anti-religious.

“The communist hatred of faith is a feature, not a fault. Karl Marx said so himself. Most are familiar with his line that religion is the ‘opium of the people.’ What follows is even more pointed: ‘The abolition of religion as the illusory happiness of the people is the demand for their real happiness.’ Criticism of religion is ‘the criticism of that vale of tears of which religion is the halo.’ Religion may show man’s longing for a better existence, Marx argued, but it also prevents that dream from becoming reality.”

The foundation of Western civilization is the Hebrew Bible and the Judeo-Christian values that emanate from it. As Robert Nicholson beautifully stated in an interview I conducted with him in 2017:

“When you think about Judeo-Christian tradition, it all comes down to a transcended vision that was introduced into the world through the Hebrew Bible, a vision that was picked up by not only the Jews but also Christians all over Europe and North America. If you read any of the great thinkers of the West—the great Western canon—all of them are operating in the thought space of the Hebrew Bible. All of them are referencing Moses and Abraham and David; they are playing on stories, they are teasing out themes. it is the substance of who we are as the West.”

The convergence of postmodern secularism and the millennial embrace of socialism—which is a direct path to communism—poses an existential threat to Western civilization. Totalitarian forces understand that to effectively defeat the West and its values, including its liberties and freedoms, they must demonize and delegitimize Christianity and Judaism.

In 2014, the late Harvard Business School Professor Clayton Christensen, who developed the theory of “disruptive innovation”— which has been called the most influential business idea of the early 21st century— spoke about the importance of religious freedom in a short video he produced. In it he said:

“Some time ago, I had a conversation with a Marxist economist from China. He was coming to the end of a Fulbright fellowship here in Boston. I asked him if he had learned anything that was surprising or unexpected. And without any hesitation, he said ‘Yeah, I had no idea how critical religion is to the functioning of democracy. The reason why democracy works,’ he said, ‘is not because the government was designed to oversee what everybody does, but rather democracy works because most people, most of the time, voluntarily choose to obey the law. And in your past, most Americans attended a church or synagogue every week. They were taught there by people they respected.’ My friend went on to say that Americans follow these rules because they had come to believe that they weren’t just accountable to society; they were accountable to God. My Chinese friend heightened a vague but nagging concern I’ve harbored inside, that as religion loses its influence over the lives of Americans, what will happen to our democracy? Where are the institutions that are going to teach the next generation of Americans that they too need to voluntarily choose to obey the laws? Because if you take away religion, you can’t hire enough police.” 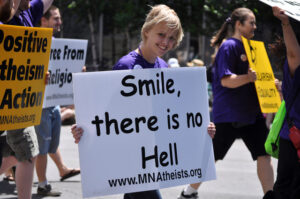 Sadly, throughout North America and Europe, as a result of the secularization of Western society and its subsequent demonization of religious citizens, the number of churches and synagogues that are closing their doors is increasing; religious Christian and Jewish students are harassed on campuses; and rather than uphold the rights of religious individuals, Congress pushes through legislation that dismantles existing federal laws meant to protect religious citizens.

Totalitarian forces are strengthening and the enforcement of “politically correct” thinking, speaking, and writing is tightening its grip within academia, media, society, culture, and politics. Too many citizens are intimidated by the “progressive” thought-police; they dare not speak about the issues that are not in alignment with the script of approved slogans and statements, for fear of being cancelled: socially isolated, reputation tainted, and economically ruined.

The late Menachem Begin, the sixth prime minister of Israel, articulated very clearly that without an opposition, you can’t have a democracy. The totalitarian forces within this country want to destroy the two-party system. Their activists are calling for socialism, while what they really want is to tear down the free world and replace it with global governance driven by Marxist-Leninist ideology. That is why they call for open borders; they want no nation-states. And they call for the end of the nuclear family and the purging of Christianity and Judaism, to be replaced with the religion of social justice. These goals come right out of the Marxist-Leninist playbook.

When individuals are confronted with the reality of how their lives will be reshaped if we don’t sustain Western values based on liberty, freedom and faith, they are faced with two possible responses. One response might be to become very anxious and shut down. The alternative response is to rise up. And it is for those who have the capacity to rise up that we—God-fearing citizens—must continue to speak truth, show courage, and come together to fight this very real war against Western Civilization and its Judeo-Christian values.

Join me at my breakout session “Under Attack: How the Onslaught Against Judeo-Christian Values Could Bring an End to Western Civilization,” at FreedomFest, July 21-24, 2021 at the Rushmore Civic Plaza in Rapid City, South Dakota, where we will take a deep dive into these important issues. 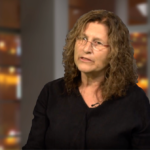 Gloria Z. Greenfield is Honorary Artist in Residence at the University of Tennessee/Knoxville, where she has joint appointments in Cinema Studies and the School of Journalism and Electronic Media. She brings over 30 years of strategic planning, marketing, and management experience to her current work dedicated to strengthening Jewish identity, Jewish nationhood, and the values of freedom and democracy through film. Since founding Doc Emet Productions in 2007, where she serves as president, her film credits include The Case for Israel – Democracy’s Outpost (2008), Unmasked Judeophobia (2011), Body and Soul – The State of the Jewish Nation (2014), and The Fight of Our Lives – Defeating the Ideological War Against the West (2018). Greenfield’s films have received international acclaim and have been translated into Arabic, Finnish, French, German, Hebrew, Italian, Japanese, Portuguese, Russian, Spanish, and Swedish. The Fight of Our Lives – Defeating the Ideological War Against the West received awards at the 2018 Annual Worldfest Houston International Film Festival, the 2019 Anthem Film Festival, and the 2020 Save the USA Film Festival. Her film Unmasked Judeophobia has been incorporated into the Yad Vashem Visual Center. In January 1980, Ms. Magazine cited Gloria as a “woman to watch in the 80’s”. She is also featured in the national Jewish Women’s Archive’s “The Feminist Revolution” collection as among the women having had an influence on the Women’s movement. She walked out of the women’s movement in 1983 in defiance of its embrace of Jew-hatred and illiberal dogmas.