In 2020, I became a proud American citizen. Native critics don’t know how good they have it. 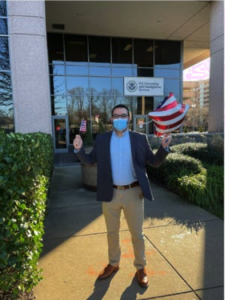 I closed out 2020 with one of the best moments in my life. On December 8, I became a citizen of the United States of America. It ranks in significance right behind marrying my wife and the births of my children.

If being born here is like suddenly winning the lottery, becoming a naturalized citizen is like slowly and steadily reaching financial independence. The United States has been such a source of inspiration for immigrants that we hope to create our own lottery by working to become citizens and embodying the appreciation for everything that is good about America — sometimes even more so than locals.

I waited years to become American. I first came to the United States from Uruguay in 2008 for my graduate studies and received my green card in 2014. Five years later, I could apply to become a citizen.

In today’s America it almost feels subversive to be proud of becoming — or being — a U.S. citizen. We are in the middle of a national conversation about the true origin and character of our nation. Some insist on debasing America’s origins by asserting that it was fundamentally based on slavery and began in 1619. Others assert that bold but flawed people came together to form America in 1776. That this was the true beginning of an unprecedented experiment that included injustices, yet consistently strives to improve and live up to its stated ideals.

A divided perception of America

The public perception of America coming from the intellectual class is wholly different from popular opinion. It is not unlike the common discrepancy on Rotten Tomatoes between a professional critic’s score and the audience’s score. A recent survey, conducted by my public policy non-profit, the Archbridge Institute, asked a nationally representative sample if they are proud to be American, and 87% of adults agree. The responses cut across party lines, gender, and ethnicity.

In a similar survey we conducted, 74% of Americans claim they have either achieved the American Dream or are on their way to achieving it.

A country that regularly denies opportunities to significant portions of its population would not see the majority of people (85% of Americans, across age, ethnicity, and education level) saying they have either about the same or more opportunities as their parents had. Only 15% of Americans (and just 11% of Black Americans) say they have fewer opportunities.

Gallup has similar findings. Americans are largely satisfied, 63%, with the opportunity for economic mobility in the United States, according to an early 2020 poll. And, prior to the coronavirus hitting, Americans had more confidence in the U.S. economy than at any other point in about two decades.

Thinking about our core values the night before my citizenship oath ceremony, the first values that came to mind were the philosophical pillars outlined in the Declaration of Independence: Life, liberty, and the pursuit of happiness.

But, most of all, the United States is a country built on freedom and meaning. The pursuit of meaning drives all of us, both as individuals and collectively. Americans seek to live better, richer and fuller lives, regardless of our origins. Here, people are encouraged to combine that pursuit of meaning with a sense of personal agency, inspiring what psychologist Clay Routledge calls “existential agency.” This is the belief that people can “find and maintain meaning in life.”

I am grateful to be an American citizen

That is why I am grateful to become an American citizen. For me, the ethos of the American dream remains the vision statement for the United States.

It cannot be comprehensively quantified, since it is partly an attitude, a promise of better days to come, and an invitation to pursue happiness and human flourishing. In one of the questions posed in our surveys, participants were asked what the American dream meant to them, and to rate various statements as “essential,” “important but not essential,” and “not important,” to the American dream. Freedom of choice in how to live ranked the highest, in terms of how many people said it was essential to the dream.

We must continue to remove barriers that stand in the way of people seeking to live better, richer and fuller lives. As a new citizen, I am excited to play my part in making sure that the American dream is alive and well in my own imagination and in everyday life.

My own dream has a number: 4.92. This was my Uber driver rating when I needed to make ends meet while launching my nonprofit. I was promised neither success nor an easy ride (many Uber rides weren’t), but America did offer me an opportunity. That’s all we need.

In today’s America it almost feels subversive to be proud of becoming — or being — a U.S. citizen.

Embracing America’s core values is part of the reason why immigrants are crucial to the American experiment. The United States was first started by immigrants who exercised their existential agency to pursue their own dreams. As an immigrant who has lived in other parts of the world, I can attest to America’s unique, self-improving nature. America faces its problems, and seeks to create better versions of itself.

The American experiment continues to be re-energized by immigrants like me, who choose to be part of the shining city on a hill. I am humbled and grateful for the opportunity to become an American citizen. Thank you to all Americans for welcoming me into what is now our country. 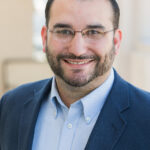 Gonzalo Schwarz serves as president and CEO of the Archbridge Institute, a public policy think tank analyzing social mobility and human flourishing. He will be speaking at FreedomFest July 21-24, 2021 in Rapid City, South Dakota. Reprinted by permission.

Previous StoryHow to Stop the Biden Agenda
Next StoryMoney or Currency?