In this document we’ll examine four models of sex trade governance, the social narratives that inspire their implementation, and their outcomes. The four models are:

Full Criminalization
The sex trade is bad and must be abolished!

Full criminalization is a form of prohibition that seeks to eradicate the sex trade via brute carceral force. Surveillance, sweeps, raids, arrests, and records are the tools of this model of sex trade governance. Criminalization amplifies stigma against the target group, which justifies the detainment and abuse of sex workers and their communities.

Ramifications of full criminalization include:
Dependence on black markets for commercial interactions.

Over policing of marginalized communities.

Lifelong impacts associated with having a criminal record.

Freezing of financial assets and bank accounts of sex workers.

Inability to safely access emergency services when they are needed.

Inability for sex workers and clients to communicate terms of service.

Deterred condoms use, as possession may be used as evidence of a crime.

Permissible discrimination in all social and institutional sectors.

Restrictions on freedom of mobility.

This list is not exhaustive. Suppressing the sex trade through a punishment-based model increases the dangers and struggles associated with sex work. Criminalization plays Whack-a-Mole with people’s lives, creating far more problems than it solves. The detrimental impact of a criminal record on a person’s life cannot be overstated.

Partial Criminalization
Prostitutes are victims who must be rescued!

Known as the Nordic model, the Swedish model, or most absurdly the Equality model, partial criminalization is rooted in the opinion that prostitution is a form of gender-based violence, and inherently exploitative. Under this model, sex workers are deemed victims in need of saving, and the finger of blame is pointed at the buyer. Under the banner of supply-and-demand economics, policing tactics known as “End Demand” are deployed on the sex trade economy. End Demand tactics vie to deter the purchase of commercial sex by vilifying, arresting and ruining the lives of sex workers’ clients.

Ramifications of partial criminalization include:
Clients being court ordered to pay for and attend “Johns School,” to be deconditioned away from the desire to purchase sexual services.

Fragmentation of client’s family units and loss of child custody.

Asset seizure of houses, cars, electronics, and other personal property.

Risk of being charged with a sex crime and added to a sex offender registry.

Decreased bargaining power for sex workers over condom use and pricing.

End Demand is a form of economics siege that’s had catastrophic consequences on sex worker welfare. End Demand also greatly impacts the solidity of families and communities when the arrests of clients are publicized. Unlike other parts of the world, “partial criminalization” in the US is full criminalization in disguise. Under the Nordic Model in Sweden, sex workers are decriminalized while clients remain vulnerable to arrest. Under End Demand in the USA, sex workers are still arrestable but deprioritized in some circumstances.

Legalization
Sex work should be regulated like any other industry!

Many people believe that sex work is a form of labor, and that the state shouldn’t interfere with the affairs of consenting adults. People with this perspective are inclined to license, regulate, and tax prostitution under a legalized framework. Due to stigma, legalization in the US carries unique hazards for sex workers. In the US, we can look to strip clubs and the Nevada brothel system for examples of legalized sex trade governance models.

Likelihood that sex workers will be taxed at unfairly high rates.

Continued over policing of people who cannot participate in the legal frameworks.

Continued arrest of clients who see sex workers outside of legal frameworks.

Deterred access to emergency services outside of legal frameworks.

Decreased ability for sex workers to determine the conditions of their labor.

Increased class stratification and discrimination in the sex trade.

Inability for sex workers to operate in their homes.

Legalization may be sensible for controlling products such as alcohol or cannabis, but it’s inappropriate for regulating the bodies and sexual practices of consenting adults. Legalization dictates that sex work is only permissible under specific circumstances, and anyone caught outside that framework (whether by choice or necessity) is still considered a criminal.

Decriminalization
Sex workers and their clients should be left alone.

The global sex workers rights movement has called for the full decriminalization of prostitution as the best way to protect and respect sex workers and their communities. We can look to New Zealand to measure the impacts of decriminalization, which has been implemented since 2003. Decriminalization removes criminal penalties from consensual adult commercial sex transactions. Regulations related to workplace safety, such as condom use, can be civilly enforced. Crimes such as rape, child exploitation, and assault remain criminally prosecutable under decriminalization.

Benefits of decriminalization include:
Enables sex workers to dictate their working conditions and prices.

Enables sex workers to enforce condom use and other safer sex practices.

Enables sex workers and clients to communicate about services.

Allows sex workers to operate together, and decreases isolation.

Allows sex workers to pay taxes without fear of legal or social consequences.

Increases ability of victims of violence or exploitation to come forward.

Prevents predators from being able to effectively target sex workers.

Decreases stigma against sex workers and their clients.

As our colleagues in New Zealand say, “Less is best” when is comes to governance of the sex trade. Decriminalization allows adults to conduct their consensual affairs and offers access to emergency services where needed. Decriminalization removes sex work from the criminal realm and allows sex workers to report crimes and access basic labor rights. Ultimately, decriminalization yields dignity to sex workers and their clients, and peels back the layers of intense stigma that the industry has accrued over decades of prohibition. Decriminalization has been demanded by the sex workers rights movement, which is global in scope. Instead of governing through knee-jerk reactions to moral outrage and hysteria, it’s time to listen to workers themselves and decriminalize sex work. 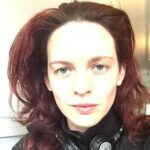