It is hard to find another point in American history when we have been so deeply divided about the direction of our government. The contrast between the previous and current administrations could not be more pronounced. Many people believe that government has broken the bounds of our Constitution and is trying to provide for all our needs rather than protect our unalienable rights under a republican form of government.

Americans find themselves in deep despair with a bloated government that creates endless agency rules and regulations designed to strip power from the individual and transfer it to Washington. The states are no longer the authority on all matters not enumerated in the Constitution but are now enslaved to government control before receiving back the tax dollars taken from the pockets of their citizens. The overspending of the government’s unwanted heavy hand is being passed on to future generations with a national debt surpassing $28 trillion. People turn to their elected representatives for relief, only to find these legislative decisions are being made by a minuscule number of professional, super elite politicians who control Congress through internal seniority rules while emasculating the people’s elected body.

Those individuals and groups seek to advance socialist/Marxist agendas into the fabric of our form of government, and they have perfected the use of government agencies and subsequent controls to effect social change. They permeate the offices of over 430 departments and agencies and are unanswerable to the citizens and to the legislative branch. 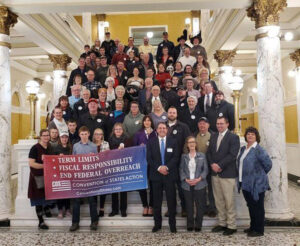 While this truly is the Age of Despair for many, it is a day anticipated by our 1787 Founding Fathers. They knew We the People would need express Constitutional authority to further define the boundaries for limited government. That is why they unanimously wrote and approved Article V that includes “on the Application of the Legislatures of two thirds of the several States, shall call a Convention for proposing Amendments.”

Our Founders knew that We the People would need a way to bypass the federal government when a corrupted Congress would not reform itself. The culmination of that movement is known as Convention of States Action (COS). COS is identified by its three pillars: term limits for federal officials, including Congress; fiscal restraints on spending and taxation; and a limitation on the scope and power of federal government.

This grassroots COS movement is populated by millions of urban, main street and rural Americans. Convention of States Action grows in all 50 states and serves as the unifying glue to ensure consistency in the state legislative resolutions calling for the convention. The Convention agenda is set and limited to the three topics identified above, which is critical to trigger the start of state delegates to meet.

Some naysayers suggest the convention would have the authority to open the agenda to an entirely new Constitution. But this possibility was soundly rejected by the authors of the Constitution in favor of a “Convention for proposing Amendments” to this Constitution. The modern scholarly review overwhelmingly corrects this misinformation concerning Article V and is found in multiple law reviews, an overwhelming number of judicial precedence and historical evidence from years of interstate conventions. Only the uninformed and the benefactors of runaway government continue the disinformation campaign to try and confuse today’s citizens on an Article V COS. 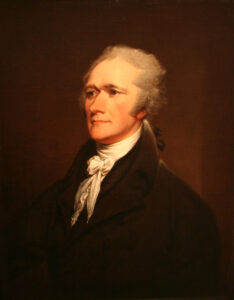 As Alexander Hamilton wrote in Federalist No. 1, “It has been frequently remarked that it seems to have been reserved to the people of this country, by their conduct and example, to decide the important question, whether societies of men are really capable or not of establishing good government from reflection and choice, or whether they are forever destined to depend for their political constitutions on accident and force.”

Our Constitution is not only the structure of man’s freedom through a republican form of limited government; it also describes the responsibility for all actors in the American political process. The three separate branches must exercise review of the other for the balance of power. The states balance the power of the federal government through protecting their 10th Amendment rights. And the people must act through their state legislatures to exercise their Article V power to strengthen the original intent of the Constitution and our Declaration of Independence.

Any failure to fulfill these responsibilities has the same unintended outcome of omitting ingredients from a finely perfected recipe, but with far graver consequences. Until now, We the People have ignored our Article V responsibility. The results are clearly illuminated in irresponsible deficit spending, destruction of liberty, a massively swollen government, and legislative activities originating from the executive and judicial branches. 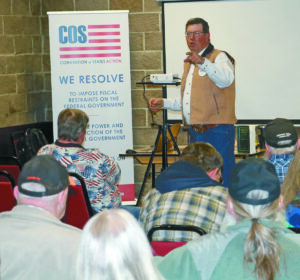 Convention of States Action has been connecting engaged citizens to unite to retake our freedoms and build a grassroots army of self-empowered patriots. While active in all 50 states, the greatest role has been in sharing Constitutional insights to a society largely removed from our founding documents. The COS petition drive lets every state legislator know when another constituent signs on and requests representation with a common state resolution. This activity, known as “aggregation,” helps Congress realize that two-thirds of the states are calling for the same Convention of States. While 15 states have already passed the necessary resolution, the positive activity level is currently ongoing in 26 more states this legislative season.

Individual citizens can become more familiar at conventionofstates.com. Signing the online petition and requesting to become more involved results in your specific state team members sharing COS activities happening in your neighborhood. You can also volunteer for differing activities and roles to further this grassroots movement. Or you can enjoy free classes offered by the Convention of States University to better understand Article V.

Stop by our FreedomFest booth number 806 in the Rushmore Hall to visit more and to sign the petition showing your legislator your support for Convention of States Action. 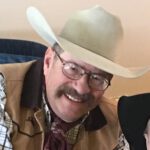 Authored by Harvey Fitzgerald, District Captain, Convention of States Action. Harvey is a retired Army Lieutenant Colonel veteran with 34 years of combined active and national guard service with a Bronze Star and many other decorations. He was included in the Outstanding Young Men of America and is a former banker, teacher, collegiate rodeo coach and ranch cowboy. The family resides at their ranch in western South Dakota where they run a commercial cow-calf and small beef feedlot operation. They work as a team to speak at dozens of COS informative events and enjoy their roles as a Constitution Alive coach. Harvey was named the 2020 Convention of States Volunteer of the Year but he attributes this recognition as a team family achievement. He, his wife Velva, and daughter Jacqueline are proud to be citizen advocates for this grassroots movement and will be in the Freedom Fest booth throughout this celebration of liberty.

Previous StoryYou’re in the Media Spotlight, Now What?
Next StoryThe Politics of Public Sector Unions