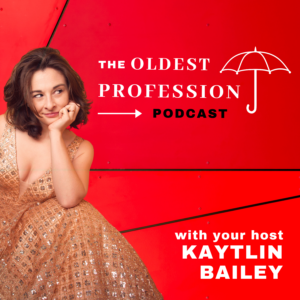 Sex workers are people of all genders who have been fighting for our liberty for at least as long as we have been criminalized.

The first sex worker-led protest in the U.S. was January 25, 1917 in San Francisco, when 300 sex workers marched upon a local reformer’s sermon and begged him to call off his crusade against their livelihood. The city shut down the brothels less than a month later — on Valentine’s Day — leaving families homeless and destitute.

In fact, regulations like these only push the sex trade further undergound, which is a well documented, predictable, and tragic consequence of prohibition. The primary obstacle to sex worker rights is government harassment and censorship. Sex workers hesitate to testify or lobby their elected officials for fear of arrest, losing their home, or losing their children. Sex workers are also reluctant to report crimes committed against them for the same reasons. Vulnerable young people do not need to be protected from their choices, they need to be protected from an increasingly intrusive nanny state. 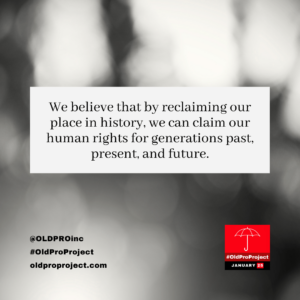 Partial criminalization, sometimes referred to as the Nordic Model, Entrapment Model, or End Demand Model, increases violence against sex workers everywhere it’s been implemented. These laws are designed to make it harder for sex workers to find customers, threatening their livelihood and pushing them into more dangerous situations. Fearing arrest, clients often obfuscate screening questions, making it harder to differentiate between predators posing as clients and well meaning customers. Sex workers are often asked to do more for less, since clients are taking a risk by seeing them. Landlords and hotels are incentivized not to rent to sex workers, leaving many homeless.

Legalization and regulation is just another example of the failure of state intervention. Nevada, the only state with legally licensed brothels, has the highest arrest rate per capita for prostitution related offenses. Anyone with a prior conviction of prostitution is legally prohibited from working at a licensed brothel. In order to work legally at a brothel you must become a registered prostitute, a fact that is subpoenable for the rest of your life. Licensed sex workers are legally prohibited from leaving the premises of the brothel during their shift, and are barred from patronizing local businesses. The overwhelming majority of paid sex in Nevada happens outside the legally licensed brothels. Legalization is not liberty.

Sex workers are used as a symbol of exploitation, denigration and confinement in other people’s stories. Old Pro Productions, Inc. is a production company whose mission is to tell better sex worker stories. Founder and CEO Kaytlin Bailey is a stand up comic, writer, and sex worker rights advocate. She is building a platform for other sex worker storytellers. 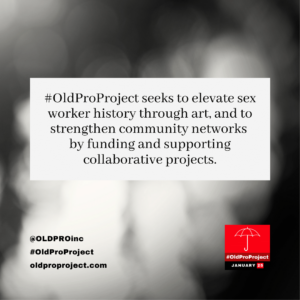 Through the #OldProProject we find and fund sex worker storytellers and artists across the country. We give them support and resources and connect them to one another. This bottom-up approach will enable sex workers to advocate within their own communities and to tell their own stories. Changing the story changes everything.

Old Pros believes in investing in creative talent, knowing that spontaneous order will emerge. As a criminalized group, sex workers are skilled at finding ways of working together outside of government sanctioned structure. By funding entrepreneurial and creative voices, we are strengthening the capacity of the entire sex worker rights movement so that we can be heard. The media we create is in direct response to the needs of the communities we work with.

Old Pros also produces The Oldest Profession Podcast, now going into its fourth season. Kaytlin Bailey is the host, bringing a provocative and irreverent style to sex worker history. She works with historian Dr. Charlene Fletcher and a team of advocates to reflect on what we can all learn from sex worker stories.

Our mission is to elevate and preserve sex worker stories. The more people know these stories, the harder it will be to ignore the sex workers demanding their rights today. Purchasing power, and the right to make and spend money, are critical for economic independence. The right to choose with whom and why we engage in sex with other consenting adults is a foundational right for all people. Policing prostitution in an increasingly intrusive surveillance state opens up all citizens to have their private choices criminalized.

All media associated with Old Pro Productions, Inc. will be donated to the Archives at Pembroke Center at the Brown University Library, where everything we produce will be preserved in perpetuity.

No one is more motivated to end violence and exploitation in the sex industry than sex workers themselves. Police raids and fear of arrest drive many of us into unsafe, exploitative situations. By calling off the chase, sex workers can be freed to self-advocate, build wealth, and help each other fight for our rights and liberties.

You can catch Kaytlin Bailey at FreedomFest in the following presentations:

The best way to change policy is to change the stories we tell. Join us at OldProInc.com.