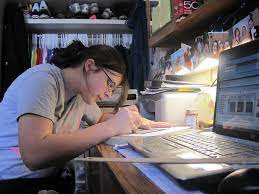 Uncertain is a perfect word to describe the way many American citizens are feeling right now as we start to accept that the COVID-19 response will seriously affect generations to come. Schools are cancelled, restaurants are closed, and in some places you are not allowed to walk down the street to let your dog take a leak without being forced to wear a mask to cover your face in order to protect you from an invisible, yet somewhat deadly virus. With weeks of quarantine turning into months and as more people lose their jobs, it is hard for anybody to fully comprehend the immense uncertainty that the country is now facing.

As someone who had his freshman year of college cancelled just as I thought I was actually getting somewhere, “frustrated” is not a meaningful enough word to describe my feelings toward the pandemic. Now summer is almost here–again!, and it is  almost impossible for someone who is around 18 years old to get a job. The school year is over, I am locked in my house, and on top of all that, I can’t work. Extreme boredom is taking over and leading our generation of young adults and children on a path of self-pity and emotional turmoil.

With that in mind, it is obvious to me that many Americans will inevitably turn to abuse of drugs and alcohol as a means of coping with the boredom that they are now constantly facing. Many teenagers, including some I know, have also decided to pack up their cars and get on the road in search of more open states and discovery of meaning in this unfamiliar time. While many recognize this direction America is going toward as dangerous and unthinkable, I would like to point out that it is nothing but a classic case of history repeating itself. Of course, nothing exactly like this has ever happened in American history, but during the end of World War II in the 1940s, a young generation was facing the same type of hardships.

The Beat Generation, inspired by writers such as Allen Ginsberg and Jack Kerouac, influenced this wave of young people by writing about kids “with no direction ‘home'” taking to the road and doing drugs to escape the dark reality that nuclear bombs could kill millions at any given time. 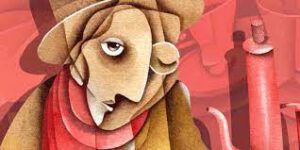 American citizens did not enjoy the optimism of anticipating a long future during this time, leading to the huge rise in popularity of marijuana and psychedelics such as LSD, which the government–which originated research in LSD– did not take a liking to in the private sector. These people were stuck thinking that a bomb could disintegrate them and everyone they know at any given time. This simply did not allow for people to have hope for the future or for their kids’ futures. I imagine this created a far more extreme loss of hope than Coronavirus has caused for current Americans, but the end results are similar. Young people are scared to leave their house because they could potentially contract a deadly virus from just about anything. Talking to people, touching surfaces, even walking down the street; we have been told that we can catch it from almost everything outside of our own home. This has left us feeling isolated, wary, hopeless and useless. 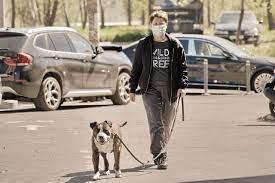 When the terror of the bombs subsided and the war finally ended, life suddenly became more vibrant than ever, and the opportunities seemed endless. This is also starting to be the case now, as states are starting to reopen after so many months of being locked indoors (at home) and outdoors (in public). Even though simple summer jobs are still a struggle for young people like me to obtain, just about everything else feels like an opportunity for me. Having a casual conversation with someone while walking my dog feels like the most satisfying encounter I have ever had. I expect that basic aspects of life will fulfill us far more than they did before, just as they did for people when the war ended.

People all across America will soon feel a strong urge to leave their homes on any type of vacation (“vacate”: v. to leave empty, as a house) in the search for new experiences because most people have forgotten what a new experience feels like. Activities and opportunities that once did not interest people, will now feel like something they could never pass up. While many see COVID-19 as seriously injuring our younger generation’s way of thinking, I simply see it as something that will make us more appreciative of the constant adventure that life is. I can’t wait to vacate these four walls again. 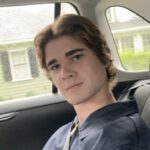 Billy Pruett is a recent transfer to Chapman University who previously attended Keene State College in New Hampshire. He grew up in a small town about 30 minutes north of Boston. Having an English teacher for a mother ensured his passion for reading and writing stories from a young age. As a lover of film, books, and knowledge, he spends the majority of his time doing just that: creating stories and learning more of what life has to offer.

Previous StoryOur Techno-Healthy Future
Next StorySurviving a “Melt-up”: A Vision for South Dakota