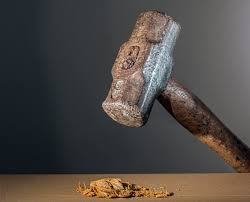 Today the Wall Street Journal issued its best editorial regarding the current crisis: “No society can safeguard public health for long at the cost of its economic health.”

The WSJ is finally saying what a lot of us have been saying all along — government officials are using a sledge hammer to crack a nut.

What various government officials are doing is over the top, shutting down entire states, closing airports, and threatening to take over private businesses “for our own good.” This will cause a true Depression if it lasts more than a couple more weeks.

Harry Schultz once said, “Never underestimate the size of a panic, nor the power of a politician.” So true!

It’s scary how, over time, we’ve accepted the use of executive orders to impose draconian measures. Now we are paying the price. I’ve heard rumors that martial law will be imposed on Sunday. Governor Newsom is set to commandeer hotels to solve the homeless problem in California. Grocery stores are in his sightline as well.

Our freedoms are being squeezed from both sides. “More and more, everything is either prohibited or mandated.” — Jorge Quiroga (president of Bolivia, 2001-02). Now it’s happening in America.

When this crisis began two weeks ago, private companies made private decisions about whether to begin working from home—and many of them did. Enterprising grocery stores made private decisions to bring “all hands on deck” to keep food and supplies on their shelves. Private producers of food, paper goods, medicines and other necessities anticipated needs and changed their production lines to keep those items headed around the country.

And the panic calmed down—until the next executive order reducing services. Yesterday at the grocery store we found meat, milk, fresh produce, water, even bread. There was a calmness in the air. Then Governor Newsom issued his lockdown edict, and all hell broke loose again.

It’s time for the President to say, “Enough,” and sign his own Executive Order: “Businesses, keep doing what you’re doing. Let us know how we can help you.” Residents need to continue being cautious and clean. Yes, some people are going to get sick. Most of them are going to get well. And we won’t utterly destroy what’s left of this great country.
If we let these clowns in power impose martial law, it will drag on for months, destroy our very livelihood, and lead us to another Great Depression. There are some fates worse than death. 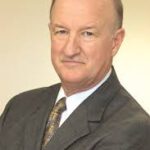