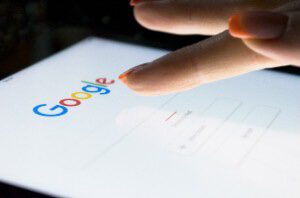 Currently, the greatest threat to human thriving isn’t government, believe it or not. Yes, government remains a problem, but it’s also dead on its feet in several ways. I’ll save that discussion for another time, but I believe that government and war are losing their underpinnings. Likewise disease and famine are shadows of their former selves. But again, these are discussions for another time. The present threat is not to our bodies, but to our minds and especially to our wills.

More or less everyone has recognized the #1 threat, but most of us have decided to ignore it, which makes for all sorts of troubles, chief among them that the problem continues to expand.

Have you noticed that the people who built surveillance capitalism (the “free account” people) don’t let their children use their products? I find that a very interesting fact, especially in the light of an old Roman proverb: What a man flees, he also condemns.

And did you know that social media purposely addicts their users? They have to, of course; if your quarterly profits depend on getting and keeping users, it’s the rational (if amoral) thing to do. And if you don’t addict your users, you’ll be a sitting duck for your competitors.

So, this isn’t some theory; it’s cold, hard business.

And a big business it is. Google (Alphabet) brought in $182.53 billion in 2020. Facebook brought in $86 billion. So, are we to believe that the bosses of all the “free account” companies – including Microsoft, Twitter and many others – are somehow angelic and altruistic rather than demonically cut-throat?

The answer seems obvious. But if they are cut-throat, then we face another question: What would a cut-throat CEO of a social media company do? Selling cheesy little ads for ski boots doesn’t cut it.

I’m sorry to lay this on you, but the truth is what it is, and it very much needs to be known. And it’s important that you see it, rather than simply be told. So I’ll ask you, please, to try this:

Pull up YouTube on your favorite smart phone. Look at the screen you are given.

Then, walk across the hall or the street and have your neighbor pull up YouTube on his or her device. Take a good look at their screen.

YouTube users, then, are being given customized environments. More than that, when interacting with YouTube, you will be thinking in response to personalized stimuli. That’s the payoff.

Now, here’s the argument that intelligent people make for using Facebook, Google and the others:

“The people offering these accounts are kind of stupid, because while the rubes of the world may respond to their ads, we smart people are left to enjoy the free account while ignoring the ads.” You’re too strong-willed to be drawn in–right?

I suspect that lots of us have followed that line of thought, or something like it, but as you saw from the experiment, these systems operate much more deeply than that. What the operators of these systems want, is to learn what you’ll respond to. And they get that by keeping you viewing their screens and paying attention to how you respond. I’ll pass over the details, but Facebook ran a secret experiment in 2012, to see if changing the words in news headlines could change their user’s attitudes. And it worked. I’ll leave you to imagine what they’ve done with that information since.

What social media is, really, is a persistent psychological profiling system… one that’s specifically designed to uncover your emotional vulnerabilities and response triggers. That is what they monetize.

And if you missed the truth about how evil Google really is, you might want to see it. (You can also read Julian Assange’s book, When Google Met Wikileaks. Or watch The Creepy Line, directed by M. A. Taylor, which won the award for Excellence in Filmmaking at the Anthem Film Festival in 2019.)

The sad truth, then, is that every second you spend on Facebook or the other social platforms trains their computers to manipulate you. And yes, they can handle all that data; the Big Data systems they use prefer to “drink from a fire hose.”

Again I’m sorry to tell you this, but someone should.

I’m not going to tell you how to fix this today. First, you have to want to fix this; you’ll find solutions once you care about them, and not really before. Still, if and when we decide that this needs to be fixed, we are quite able to do so… all we really have to do is stop feeding it.

Now I’ll give you my last thought, which this: Democracy isn’t going to protect you from this; they’re in on it!

Democracy, the supposed anchor of all that is holy, hasn’t stopped this; rather, it has financed it. If an independent businessman like me has known about this for well over a decade, so have the intelligence agencies. They want this; it’s a spy master’s wildest dream come true.

Mass manipulation sways elections and empowers its holder to know and to deceive. Shall we really pretend that politicians and spies have turned away from that?

If you’d like the nitty-gritty details on all of this, you’ll find them here. If you’d like to see how universal surveillance plays out in human society, you can find it here. But please don’t jump into those until you’re ready to act. You have to want this. 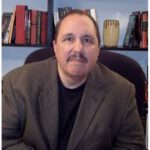 Paul Rosenberg is the CEO of Cryptohippie USA and writes the Free-Man’s Perspective newsletter. You can meet him at FreedomFest, “the world’s largest gathering of free minds,” where he will be talking about surveillance capitalism and how you can avoid it. But you have to want it.