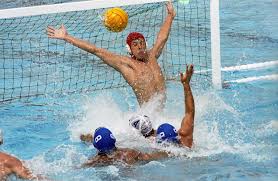 I’ve played water polo for most of my life, and still do. I’ve had the privilege of playing on some truly excellent teams – including four national championship teams – and I’ve also played on some, well… not so excellent teams.

I’ve also been involved with some psychology groups who thought they knew how to be part of a team, or to build teams. I was always surprised at the lack of understanding among them. Today I want to talk about some of the things I’ve found over the years that make for an excellent team… and a not so excellent team, whether it’s for work, play, or marriage.

This is by no means exhaustive. There is so much that goes into team building that it would be more than I could put into an article. But I want to focus mostly on doing away with one great big flawed cliché: “There is no I in team.”

Being part of a team is a deeply meaningful experience, and part of the meaning is the sense of glory and pride that comes with performing at the very best of your personal abilities.

I don’t know if I can get this across as clearly as I’d like: an excellent team has excellent players, each one of which is there for his own personal achievement, and for the team’s collective achievement. There is no contradiction between the two.

When one of these two elements is missing, the magic just won’t happen.

When we have team members who are only there for themselves, and who don’t know how to work together as a team, then we end up with a few stars, but we’re not likely to get very far as a team. The team will not have the cohesiveness that it needs to succeed.

On the other hand, if we have a team where nobody is thinking of their own personal exceptional performance, then we don’t have that individual drive that has to be there for the chemistry to work.

We need both for a team to function at its highest level.

We cannot remove the ego from a goal. We cannot pretend that the individual can somehow just abandon his or her self to the group. If we try to do that, we get a big mushy mess, with nobody accountable, nobody performing at their best, and nobody paying attention to the real world consequences of this dynamic.

For a team, a work group, or an organization to function at their best, everybody needs to take full responsibility for their role; and everybody needs to see how that role integrates with the group’s vision and goals. We need to feel that everybody involved is an ally.

When we have that combination of individual drive and ambition, integrated with an awareness and connection and ability to work well together collectively, we create something that is truly exceptional. There’s really nothing else like it.

Well, there is one other thing like it: marriage and family life. As a couple, if we can cultivate that sense on the deepest of levels, that we are for each other, that we are each other’s most profound allies, so that each of our personal goals are integrated and supported by our vision and actions as a couple, then we will have created a truly exceptional marriage.

This doesn’t mean that we spend our time judging whether our mate is bringing his or her best to the relationship – that’s just blaming and projecting – like whining about the referees in a game – and it is the easiest and most common attitude that people bring – and it destroys relationships.

Bringing your best to the relationship means that you focus on what you are bringing.

When we create that same spirit with our kids, we give everybody the most profound of gifts in life: a sense of deep satisfaction and joy together as a family, with each person also feeling support and allegiance from the others for his or her personal vision and goals.

None of this is some idealistic, perfect vision. There will be fights, there will be arguments, there will be missed opportunities and regrets in every relationship. But to have as a general spirit and an overarching vision and commitment, this kind of individual drive integrated with a collective goal or vision is one of the greatest experiences we can generate.

Another element of a successful team is fun. A common feature of all of the best teams I have played on is that we have fun together; fun playing, fun talking, fun spending time together. There is a sense of joy and camaraderie and friendship that creates the kind of positive emotional experience that brings out the best in everybody.

It is a game, after all. What good is it if you don’t play?

Then there is the indispensible quality, without which we can never bring our best to anything we do: total commitment. This is a mindset that is difficult to convey in words. Not just commitment, but total commitment. There is a big difference between somebody who comes to a workout or a game to just sort of have fun playing around, and somebody who brings the kind of intensity that is more like all or nothing; life or death.

In the martial arts, when you learn to throw a punch, you don’t focus on hitting your opponent; you focus on hitting through your opponent. Your intention goes farther and is expressed much more powerfully by doing so than just striking the surface. In order to bring your very best performance, and to inspire the very best performances of your teammates, you need to bring a total absorption and commitment to what you’re doing.

When you have this, you are able to tap into reserves and strength that you could never access otherwise. It’s hard to describe what this can feel like, when everybody is personally firing on all eight cylinders, and working together as a team. You can see it in the faces before a game. You can feel it between you, and you remember it for the rest of your life. Such times are truly peak experiences.

To bring this kind of understanding of how a team can work together into a business can be tremendously satisfying. It’s a creative and purposeful act that requires everyone involved to join in and be on board with. If you can create this together with others, on a team, in business, or as a family, it will boost your sense of joy and give you a quality of deep, gritty satisfaction that is well worth everything it takes to build.

Joel F. Wade, Ph.D., is the author of Mastering Happiness. He is a marriage and family therapist and life coach who works with people around the world via phone and Skype. You can get a FREE Learning Optimism E-Course if you sign up at his website, www.drjoelwade.com.