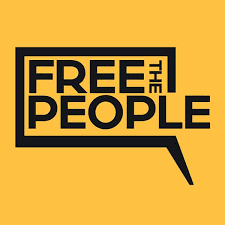 It’s really that simple. It’s what your mom taught you. And it’s the philosophy of liberty in a nutshell. Everyone should be free to live their lives as they think best, free from meddling by politicians and government bureaucrats and Nanny State Karens, as long as they don’t hurt people or take other people’s stuff.

If we want to reach people outside of our bubble — the “liberty curious” as we like to say – the language we use really matters. At Free the People, we work hard to connect with young people seeking answers, young people filled with idealism not wanting to settle for “the lesser of two evils.” After years of testing and engagement with audiences, we know that “Don’t Hurt People and Don’t Take Their Stuff” really resonates with the next generation. But you don’t have to take my word for this: A recent Templeton Foundation-financed poll of Millennials and Gen Z commissioned by our friends at the Foundation for Economic Education gives us a clear direction forward. Much of the typical libertarian messaging pretty much bombed with young people: “Minimum government, maximum freedom” scored 20%. “Tax less, tolerate more” appealed to just 19%. “Taxation is theft” – 14%. “Don’t hurt people and don’t take their stuff,” on the other hand, scored the highest with 54% of young people agreeing.

This most effective “libertarian” message actually performed even better among young people identifying as “far left,” appealing to 67%. So yes, we can connect with the hearts and minds of young people looking for something better. But you will have to go upstream of politics, into the popular culture.

At a time when  forces of big government, political correctness, “Democratic” Socialism, violent Marxism, and Lockdown Paternalism are turning the ideals of our country upside down, we think it’s time to wear our values on our sleeve. Or, at least, by wearing a super cool new t-shirt from Free the People. Exclusively for FreedomFest (would be) attendees, they are available now while supplies last at a special price here. (Use promo code CANCELLED) 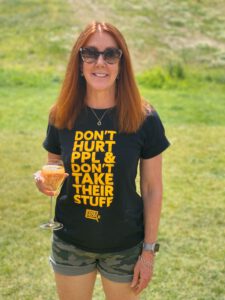 When I wear my “Don’t Hurt People” t-shirt – at airports, restaurants, bars, concerts and other still-legal public gatherings – I am inevitably complimented for its positive message.

Like you, the Free the People team was so disappointed that the NV governor cancelled FreedomFest and the in-person Anthem Film Festival. But this dumb decision at the hands of lockdown politicians is now a new opportunity for peaceful civil disobedience. At a substantial discount! We produced a limited edition “Don’t Hurt People & Don’t Take Their Stuff” t-shirt specifically for FreedomFest, and we are making them available to you at 25% off. Just use the promo code CANCELLED. You can get yours here. (And while you’re there, you can check out our other cool stuff too.)

Consider getting one for each of your children, and your grandchildren too! This is your big chance to, finally, both educate AND be super cool with the kids. Our 100% cotton Don’t Hurt People and Don’t Take Their Stuff t-shirts are suitable to wear for any occasion: with or without a mask, socially distant or not, and even during your next TSA “enhanced screening” at the airport. That’s right, you can look cool and change the world at the very same time!

Help turn on the next generation to the values of liberty, peaceful cooperation, and all of the beautiful things that can happen when people are free. Everything is going to be OK, as long as you don’t hurt people or take their stuff.

Looking forward to seeing you all at next year at FreedomFest in Las Vegas.

Terry Kibbe is CEO of Free the People, which shares the message of liberty through video production, creative storytelling, and social media engagement. They are building a community of people who believe in the values of freedom, entrepreneurship, individual responsibility, choice, and peaceful cooperation.