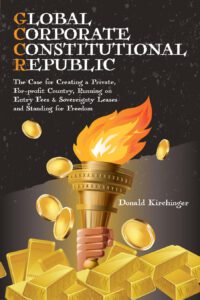 Police brutality, reform, and defunding became very hot topics this past summer as politicians began deliberating on the types of new laws and regulations to enact to fix this problem. From a law and order perspective, it’s hard to fathom that some politicians are advocating the dissolution or defunding of one of the most vital government services– a service that assures citizens that they will be kept safe. But this is not about the political aspect of this issue, mostly because there shouldn’t be one.

There are, however, two other aspects of this issue that collectively illustrate exactly what John Adams warned in 1814 – the United States democracy is committing suicide. These two aspects are:

The Government as the Employer

Whether it’s city, state, county, or federal, the government employs all law enforcement agencies and personnel and pays them with funds extracted from its citizens through taxation. In the U.S., and around the world, law enforcement is a tax-subsidized (i.e., enforced theft) service that is given to the citizens.

This means that, historically, law enforcement and government have been on the same side. And law enforcement “employees” have ultimately been held accountable for their actions and transgressions through the legal process. This is how and why some police officers are indicted and convicted for their behavior in the course of their duties and some are investigated and not charged with any crimes on the basis of how they behaved on the job.

But currently in the U.S., protesters supported by politicians, political activists, and sectors of the media, no longer accept the legal process as the channel for holding police officers accountable for their actions; instead they are advocating the dissolution and defunding of this vital service.

Keep in mind, defunding or dissolving the police does not mean U.S. citizens will no longer be taxed for these services. We will! Nor does it mean that law enforcement personnel (in whatever role they play) will no longer “report to” the government. They will. Whatever type of “reform” is enacted, it won’t be in the form of improvements that certainly need to be made within law enforcement. And whatever the outcome, taxpayers will be forced to pay for it – regardless of their support or agreement.

This shows that the politicians advocating defunding have quite a dilemma. On the one hand, they need to keep the tax-paying citizens compliant and in fear of the law enforcement agencies that enforce taxation, yet they also have to figure out how to appease the protesters. And above all, they know that civil order must somehow be restored and maintained so they can stay in power and placate their constituents by continuing to offer government largess.

When Democracy Becomes a Dictatorship

This debate, along with so many other socially divisive issues, and the resulting unrest in the U.S., will continue. And it will get worse as long as the U.S. government keeps pretending to be a republic while doubling down on being a dictatorship by the majority. In other words, as the loudest voices (masquerading as the majority) clamor for defunding the police, the U.S. government (politicians) will move closer to taking actions that appease – or appear to appease – the “majority.”

In effect, democracy in the United States has migrated too far away from the limited government inherent in a true republic to repair or restore the freedoms the founders intended for us to have. From free speech and keeping and bearing arms to life, liberty, and the pursuit of happiness, U.S. citizens’ rights are being threatened by the new, loud “majority.”

So, what’s the solution?

The rights that are at risk can’t be fully restored in the climate that usurped them. So, the fundamental principles established in the original U.S. Constitution can be placed in a new Constitution in a new type of republic – established outside of the U.S. – that guarantees those rights.

In a true Constitutional Republic, the government establishes and maintains civil order through a set of rules that all must agree to live by. These rules, which must be based on a morally just philosophy that is in the best interest of each individual, become a Constitution. And all legal issues are resolved strictly on the basis of this Constitution. This is one of the “exit ramps” the U.S. has taken to depart from being a limited government republic.

As some communities move closer to defunding or dissolving their police forces in reaction to the protesters, the true majority of the citizens are losing their Constitutional protection from civil unrest and violence. Yet, they’re still paying for it.   Clearly, the U.S. is no longer (was it ever?) a true Constitutional Republic, and it isn’t going to transform or revert back to what it was meant to be when it was formed. So, the only solution to this type of social uprising is a different type of government – a type of government that would never allow it to happen in the first place. Not because this new type of government is suppressive; on the contrary, because its only deliverable service is freedom.

What does this new type of government look like? 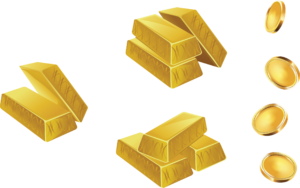 These rights form the sole basis for empowering this government to take action against those who initiate the use of force against another person or another person’s property. Riots and violent protests – regardless of the issue – fall right into that category. In a for-profit Corporate Constitutional Republic there would be no debate or discussion about whether a crime has been committed, or if, when, and what type of police action should be taken. Infringement of a citizen’s rights – to any degree – would be a crime and all the perpetrators would be prosecuted as the Constitution dictates.

How would a 100% capitalistic, Corporate Constitutional Republic manage claims of police brutality and violent demands for police defunding?

It doesn’t have to manage it; it’s essentially a non-issue. First of all, how many business owners are arrested and convicted of customer brutality?  When citizens are customers, they’re far less likely to be brutalized, regardless of the situation. When you’re no longer a “subject” and instead you’re a customer of the government and its agencies, your value increases exponentially. And you’re not as likely to be attacked or brutalized by government agency representatives.

Furthermore, in a Corporate Constitutional Republic – a society of total civilized freedom – you are responsible for your safety, protection, and crime prevention measures. Since your situation is unique, you know what is most important and most vulnerable. In some situations, protection can be as easy as a door, a padlock, a fence, or a gate. In other domestic or business situations, if additional security is required, you would willingly pay for it based upon your need and ability to pay.

Removing the government from crime prevention naturally creates a culture in which each person is responsible for himself and is liable and accountable for his actions. As rights violations occur, and they always will, they can be adjudicated in court or mitigated by sheriff or police services that view the citizens as customers, not subjects. Even though police will have to make arrests and sometimes use force, when it’s done from that perspective, the dynamic will likely be less combative. As an added precaution against the sheriffs or police “forgetting” that they are also customers bound by the Constitution, those who consistently display stellar “customer service” will be commended and rewarded, just as all commercial service sector employees are recognized.

But before this gets dismissed as utopian . . .

If it seems I’ve waded too deep into infeasible waters, keep this in mind: the “canvas” upon which this picture is painted is a 100% purely capitalistic government operating for-profit with freedom as its service product. If you can frame your mind around the feasibility of such a government (and I can assist in that) then you can frame your mind around what I’m presenting in this article.

A GCCR territory or province offers the perfect soil and conditions for freedom, prosperity, and free will to flourish. Based upon purely capitalistic principles, and operating as a for-profit business that pays dividends, a GCCR is viable and available to all who agree on a few basic principles; most profoundly, that sovereignty is property. 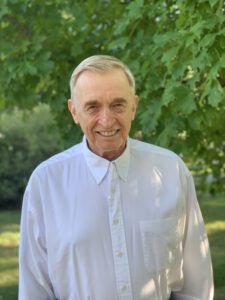