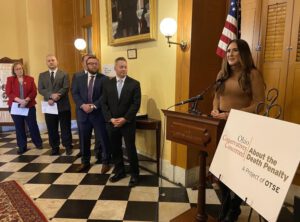 You might not have noticed, but the death penalty has been in decline for decades.

Half the country has done away with it, in large part thanks to Republican and Libertarian leadership and support. Of the states that still have it, over a third haven’t used it in a decade or more.

On top of that, new death sentences have plummeted 85 percent in the last 25 years, and fewer than 30 executions have been carried out for each of the last six years, all by just 11 states and the federal government.

Join Conservatives Concerned About the Death Penalty’s Hannah Cox for a workshop at this year’s FreedomFest to learn about the problems with the death penalty and the many reasons for its decline. The event will be held on Saturday at 11:00 am MT.

Americans are finally seeing behind the curtain of the justice system and finding socioeconomic and racial bias, the scary numbers of wrongful convictions, corrupt and abusive practices, arbitrariness, and a system that has wasted billions of dollars without improving community safety or helping victims and their families find healing. 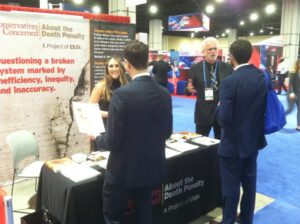 These problems within the government are no surprise to conservatives and libertarians, who have advocated for limited government as a core principle for centuries. We know government is prone to error and mismanagement in the best of cases, and the violation of life and liberty in the worst extremes.

For many years, Conservatives Concerned About the Death Penalty has been at the front line of these issues, working to educate others on the reasons the death penalty fails to live up to our values and successfully moving repeal legislation across numerous states.

We hope you’ll join us for this important discussion at FreedomFest. And don’t forget to visit our website, conservativesconcerned.org to learn more and sign-up for our email list!