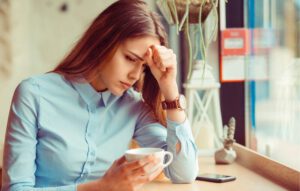 One hundred years ago on August 26, 1920, women obtained the right to vote by the adoption of the 19th Amendment. The Amendment allowed them to vote and participate in political life and symbolized their expanding independence, individuality, and personal freedom. Since then, women continue to enjoy greater economic freedom.

The chart below demonstrates the employment growth women have experienced over the past 70 years. 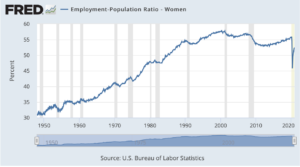 Immediately before the pandemic, women in the US had enjoyed remarkable economic success. Women’s entrepreneurship was growing. In 2018, the number of net new women-owned businesses per day set records at 1,821 businesses per day. Women participated in the workforce with low levels of unemployment. In February 2020, the women’s unemployment rate was at 3.4%, the lowest ever since 1953 when women were entering the workforce post-World War II.

As their freedoms have grown throughout history, it has become evident that women’s participation in the economy is crucial as they offer new skills and increased productivity to the labor force. Their participation also functions to improve human capital, allowing firms to better achieve goals and innovate, creating external benefits for society as a whole.

However, the unemployment rates between men and women are different when looking at the 2007-2009 recession and the Covid-19 recession.

Women have been disproportionately affected by the 2020 lockdown-induced recession because they make up a greater portion of the most affected sectors in the Covid-19 recession: accommodation and food services (52.8% women employees) and health care and social assistance (78.1% women employees).

Other sectors typically hurt in previous recessions – construction, manufacturing, and transportation – were not as impacted in 2020. However, a women-dominated industry, health care and social assistance, realized a 4% Q2 GDP decline, while construction, dominated by men, saw an uncharacteristic and smaller 1.12% decline this year. These women-dominated industries also saw major losses because they are in-person services, and telecommuting is less feasible.

The NBER paper also found that 17% of employed women work in “essential” sectors in comparison to 24% of employed men.

Furthermore, the sudden closures of schools and daycare facilities created a new obstacle for women. While women are experiencing disproportionate difficulties as a result of working in industries vulnerable to lockdowns, the limited – or nonexistent – availability of childcare exacerbates their employment losses. Parents – mothers especially – face no choice but to sacrifice work to care for children.

One study by a Northeastern University Professor of Public Policy and Urban Affairs and Economics found that one out of four women who were surveyed reported their job loss was due to lack of childcare, twice the rate of men surveyed. Additionally, mothers of children aged 12 and younger lost 2.2 million jobs between February and August (12% drop), while fathers of small children lost 870,000 jobs (4% drop).

Not only are mothers with spouses impacted, but single parents also face challenges imposed by lockdowns. Single parents make up 25% of households with children under 18, and single mothers account for 70% of these households. In addition to single parents not having the ability to share responsibility with spouses, they have less support from grandparents, given that the elderly are the most at-risk for contracting Covid-19.

Employment and child care demands are just the beginning of lockdowns’ impact on women: researchers project that globally, 44 million women cannot access contraception, 7 million unintended pregnancies will occur, 13 million young girls may be forced to marry prematurely, 47 million women will fall into extreme poverty (only worsening the gender poverty gap), and 15 million cases of domestic abuse will arise for every 3 months of lockdown.

If lockdowns are truly about protecting the vulnerable, then we have failed. Women in the US and across the globe are faced with a lockdown that threatens to erase their economic freedoms.

A brief from the UN explains Covid-19’s impact on women’s vulnerability:

The pandemic is deepening pre-existing inequalities, exposing vulnerabilities in social, political and economic systems which are in turn amplifying the impacts of the pandemic.

When we say the “vulnerable,” we must consider all groups that are affected by Covid-19 and the related policies. While the assumed benefits of lockdowns are concentrated and visible, the unseen and long-run costs of lockdown policies are dispersed throughout an entire gender, which could eventually take a toll on the US human capital supply. Still, we can see these costs and fail to pivot.

Over the past one hundred years, the country created a space where women could more easily work, attain higher education, open businesses, and be freer economic agents. Now, lockdown policies and their advocates are forcing a massive step backward in gender equality and women’s economic freedom. 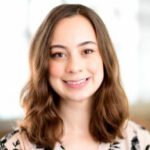 Amelia Janaskie is an intern at the American Institute for Economic Research. She graduated from the College of Charleston Honors College in May 2020 with a B.S. in Economics and minor in English. During her time in college, she was a member of the Market Process Scholars with the Center for Public Choice and Market Process. Reprinted by permission from AIER.