James O’Keefe established Project Veritas in 2010 as a non-profit journalism enterprise to expand upon his undercover reporting work. Today, Project Veritas investigates and exposes corruption, dishonesty, self-dealing, waste, fraud, and other misconduct in both public and private institutions to achieve a more moral, ethical, and transparent society. It also engages in litigation to protect, defend and expand human and civil rights secured by law, specifically First Amendment rights including promoting the free exchange of ideas in a digital world; combat and defeat censorship of any ideology; promote truthful reporting; and defend freedom of speech and association issues including the right to anonymity. Project Veritas does not advocate specific resolutions to the issues that are raised through its investigations, nor do we encourage others to do so.

As a legally recognized and fully-reporting enterprise, Project Veritas is the most effective non-profit on the national scene.

The most impactful investigations this organization has conducted that precipitated significant reform include:

a report that led to ABC News suspending senior correspondent David Wright and taking him off all political coverage upon his return. 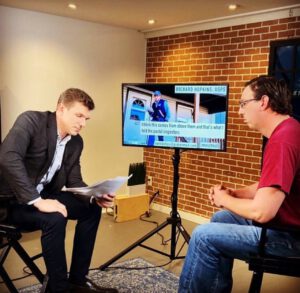 Project Veritas will feature a session at FreedomFest titled, “Veritas Whistleblowers Townhall + Meet & Greet” during which O’Keefe and the team will show just how important and patriotic it is to have everyday Americans come forward when they see wrongdoing. At the Townhall, FreedomFest attendees will have the opportunity to hear directly from these brave whistleblowers and grasp a better understanding of the heroic decision they made to come forward and speaking truth to power. The Project Veritas “Insiders Program,” which is how Veritas describes its whistleblower recruiting project, began in February 2019 and has since been rapidly evolving and expanding. Outside of traditional undercover journalism on which Veritas was founded, this program has quickly become a core part of executing upon the organization’s mission.

The goal is to inspire millions of Americans who are working within Big Tech, media, government, and any other potentially corrupt institution, regardless of ideology, to come forward with documents or video proof of corruption. Project Veritas seeks to be the home for patriotic whistleblowers in the 21st century, especially since these patriots know they cannot trust traditional media outlets to fairly publish their stories anymore.

One of the most viewed Project Veritas whistleblower videos of all time was the November 2019 release of the “hot mic” tape of ABC News anchor Amy Robach, wherein she lamented that she had the Jeffrey Epstein story for three years but her network suppressed it because of pressure from the British Royal family and other influential American political families such as the Clintons.

The ABC News insider who gave Project Veritas the tape is still inside ABC News.

These investigations have led to significant media coverage, internal policy changes, congressional inquiries, and even a White House response.

Project Veritas’ work in today’s political and media landscape can be defined as Muckraking Journalism. O’Keefe, along with everyone at Veritas, is a proud muckraker seeking to investigate and expose corruption for the betterment of a reformed society. The team believes that the only way to create positive change is by publishing such powerful true stories that those in power are compelled to act upon them.

Project Veritas rejects the notion of corporatized media because it gets in the way of truth telling. Journalism must neither have a profit motive, nor shareholders deciding what stories best fit a profitable narrative. The public has increasingly vested its trust in Veritas, precisely for that reason: Project Veritas is only motivated by the public’s right to know the truth.

When Project Veritas takes on an investigation, the pattern is clear:

Project Veritas launches an investigation via the strategic placement of our undercover journalists alongside sources on the ground. The rollout of our findings, showing people using their own words, not ours, creates a growing and unstoppable firestorm of press coverage.

The truth is revealed and corruption is exposed. As a result, corrupt leaders resign, and their organizations are shut down.

There are many ways to be a part of Project Veritas from becoming an insider, undercover journalist, a video editor, or contributor.

Project Veritas is a registered 501(c)3 organization. It does not advocate specific resolutions to the issues that are raised through its investigations. Project Veritas’ goal is to inform the public of wrongdoing and allow the public to make judgments on the issues.

If you’d like to support our mission as we continue to expand, you can make a tax-deductible donation to Project Veritas by clicking on this link: www.projectveritas.com/donate. Every donation goes towards supporting our undercover journalists in the field, enabling Brave Insiders to come forward safely, and enhancing the pursuit of truth and journalistic ethics in our country. We hope to count on your support!