Forty smiling faces gazed back at me expectantly from around the beautiful banquet table while the host introduced me. As an education freedom advocate, I was cautiously excited to speak with highly educated patriots who desire freedom for our nation.

Servers came in with plates of filet mignon and roasted potatoes as I gently began. Modern education is so tremendously flawed in its design that even recalling and replacing every school board cannot stem the flow of Critical Race Theory, 1619 perverted history, Common Core, Comprehensive Sex Ed, and Marxist ideology that now permeates our schools through academia-accredited teachers and ideologically aligned texts. Sadly, that’s the good news.

After offering my regrets about the state of education, I gave a solid explanation. “Schools engage in the antithesis of education in three ways.” I demonstrated how raising one’s hand, a necessity for crowd control, leads to a reluctance to question and engage, and how our standard test practices promote a fear of failure. I glanced around the room full of wealthy entrepreneurs. “What is the secret to your successes?” I asked. They all replied, “Failure.”

“Of course,” I said, nodding. “So, you’d agree that a fear of failure would deter entrepreneurs like yourselves, although it might be a great weapon to use against your competitors.” They chuckled in agreement. Seriously, though, small business is the engine for the nation, and businesses grow by trial and error, not by memorizing what’s in a textbook.

My third point exposing the school paradigm’s shortcomings is simply the most asked question in the classroom: “Teacher, will this be on the test?” That short query translates, “Tell me what to ‘learn’ for my grade and I’ll memorize it (and then forget it all the very same afternoon.)

Schools cultivate a disdain for learning.

Its three foundational lessons: “Don’t ask, don’t try, don’t think” together form the antithesis of education. Drop-out rates are staggeringly high (as much as 55%, and as young as fifth-grade, in LA county) and the nation’s youth dream of being anywhere but school. Especially the smart ones. Adding to this indictment, the reverse-purposed system is an inherently socialist construct – taking money from the many to serve the few.

The public school system, particularly in America, represents a conflict of interest between a self-serving, expanding government and a citizenry with inherited freedom. No longer can we have a government of the people, by the people, and for the people, because the people no longer know how to govern. Self-government requires a modicum of understanding, which public schools fail to teach. Up to eighty percent of graduating seniors today profess a preference for socialism.

At the banquet I opened the floor for questions and conversation. All my points had landed firmly. One enthusiastic couple interjected sadly, “There is no saving our public schools. What they are doing is a disaster.”

Thrilled that they seemed to agree, I ventured, “So, do you homeschool your daughter?”

“No. We’re both working professionals. But our local public school is great! Not like the ones you’re describing.” Both parents are successful, highly educated, and thoroughly brainwashed by schooling.

The husband smiled, “Our daughter really likes it. And it’s where we went to school. It’s where we met, actually.”

Surely, they can’t believe the four walls of the institution are what instruct their child – she might have the same locker as they did, but the textbooks, teachers, and students have all progressed. Her school experience is drastically different from theirs. 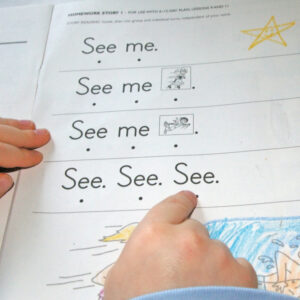 Well-heeled patriots typically grant my claims that conservative advances in the political realm are more than surrendered each day in our children’s schooling – i.e. the future. But they cannot bring themselves to embrace the solution because it requires moving against their own schooling– “And we turned out just fine.” The system has conditioned us to affirm that the system works, though logically we acknowledge that it doesn’t – even that it harms.

Parents do not need the institution that taught them for over a decade of their formative years that they need it. It trained them not to question its results, which gave them assumptions, knee-jerk rationalizations, and the inability to think outside the institution. It taught them to abandon intentional and independent thought. Our schooling is generating the growing societal disconnect between logic and emotion.

School renders “educated” adults virtually incapable of reason. It instills fear (of being on the outside or of failure), and laziness (a refusal to think through consequences). It teaches “don’t ask,” “don’t try,” and “don’t think,” and leaves students prey to any propaganda that is presented to them as truth.

“Scholars” believe they know when they haven’t even begun to consider the evidence. The critical race theory, gender-warping theology, and classroom sex ed are all symptoms of this greater issue, which is why there can be no political solution without an educational one.

Advocates for freedom must persevere in the political realm. And unless they withdraw their children from these ideologically unsound and damaging institutions, parents will be contending against their own offspring in the coming decades.

GET EQUIPPED TO EDUCATE YOUR CHILDREN THE RIGHT WAY!

You can learn more by attending a conference on home learning hosted by Sam Sorbo.

Sam Sorbo is an Educational Freedom Advocate and host of The Sam Sorbo Show. Her expertise includes home schooling, education policy, and parental rights. She and husband Kevin Sorbo are also filmmakers, authors, and public speakers. They will be speaking at FreedomFest, “the world’s largest gathering of free minds,” at the Mirage Las Vegas July 13-16.

Sam Sorbo founded Underground Education, a nonprofit organization with the sole purpose of empowering and equipping families for home learning.