We’re at one of the most polarized cultural and political points in American history. If you’re like me, you’re sick of it. But you don’t want to surrender liberty for the sake of unity.

We need a strategy for cultural and political realignment that preserves the liberty we still enjoy and restores that which we have lost. The good news is that a beautiful, future-focused opportunity shines right before our eyes! 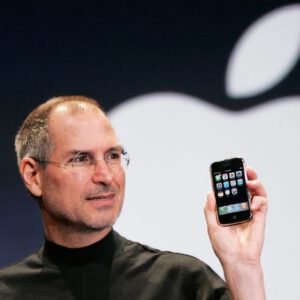 This opportunity is found in exponential technologies in information and communications, nanotech, biotech, the “Internet of Things,” robotics, and AI. Entrepreneurs and innovators can use such technology to unleash a future of unimagined prosperity, with long, healthy, living-to-200 lives for all. These technologies will radically transform and drive in synergy the economy, public policy, social institutions, and culture in coming decades.

For example, 15 years ago, no one had the modern smartphone. Today, 87 percent of Americans have one. We have access to virtually all the information in the world. Applied Materials CTO Omkaram Nalamasu estimates that to build an instrument in the 1980s with all current smartphone features would have cost over $100 million. So 87 percent of us have $100 million in our pockets! 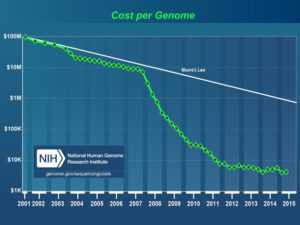 That’s nothing compared to where biotech is taking us. The cost of sequencing a human genome dropped from $100 million in 2000 (not counting capital costs) to $10 million in 2007 to well under $1,000 today.

That’s important because your genome is the blueprint for you as an individual. In the coming decade, healthcare can be tailored to your personal biology. How? Well, the CRISPR-Cas9 editing tool has been used to cut out other sequences of DNA that cause. And it has been used experimentally to “turn off” the production of tau proteins in brain neurons. Clumping of such proteins is associated with Alzheimer’s. Turning off Alzheimer’s!

There is, in fact, pushback from left and right—fears of robots taking jobs, AIs ruling us, gene editing creating a “bio-divide” like the ‘90s feared, “digital divide” or a soulless Master Race—and calls for government regulations that would stifle or kill innovation.

In light of the opportunities and the pushback, we need a threefold strategy.

First, we, the friends of freedom and technology, should raise consciousness about and educate policymakers, influencers, and the public concerning the potential of these technologies, dispelling myths and fears. This understanding should frame thinking about the economy, our lives, and the direction of the future.

Second, in light of exponential technology we should focus on public policy reforms and cutting-edge, free-market thinking on four interrelated issues: education, the future economy, future medicine and life extension, and a techno-path from poverty.

Third, we need to create coalitions and alliances of liberty advocates, technological achievers, educators, entrepreneurs, and honest individuals and groups across political and social divides to change public policy and culture.

Our allies for realignment.

Which brings us to realignment. This will involve creating alliances with four groups in particular.

As we create these alliances and work to unleash entrepreneurs to create our prosperous and healthy future, we will be changing in synergy our economy, public policy, social institutions, and culture. This is our path ahead.

In the end, our efforts will create a world worth living in, one in which we replace today’s pessimism, nihilism, anger, impotence, despair, and malevolence with a culture of optimism, purpose, joy in achievement, empowerment, hope, and benevolence!

Edward Hudgins, Ph.D., is founder of the Human Achievement Alliance. His career includes stints at the Heritage Foundation, Joint Economic Committee of Congress, the Cato Institute, the Atlas Society, and the Heartland Institute.

Previous StoryFrom “Sickcare” to Healthcare and Your 200th Birthday
Next StorySupermodels, Deception, and Redemption