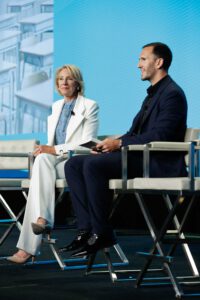 In case you haven’t heard, education freedom is on the march in America. Parents are fed up with the status quo, they’re fighting back – and they’re winning.

On Thursday, July 14,  former Education  Secretary Betsy DeVos joined me at FreedomFest, where we discussed the unlimited potential that exists when parents are empowered to make choices for their children. As Sec. DeVos said onstage, we have not even begun to imagine what’s possible.

At the American Federation for Children, we’re fighting every day for those possibilities.

You can join the fight today.

School choice is a winning issue. Here are just a few ways that we’re winning so far this year:

School choice is constitutional. And elected officials in every state should act to give parents as much school choice as possible. Click here to see if your representatives have signed the Ed Freedom Pledge – and tell them you expect them to if they haven’t yet.

I believe they can. Your state, too, can become a champion for choice like Florida, Arizona, and so many others – but only if lawmakers show courage.

Committed citizens who are standing up and making their voices heard can beat the strongest opponents and the toughest odds. I know because we have seen it happen over and over again. At AFC, we stand with you.

The status quo is well-funded and will not give up. We fight back – and we win when we come together.

You can join the work today by contributing $15, $25, $50, or whatever you can afford to join the movement to make sure every child in America has access to education freedom.*

School choice champions are overcoming their status quo-defending opponents in huge numbers, and elected officials are getting the message.

But it is no longer enough to merely talk about supporting educational freedom. 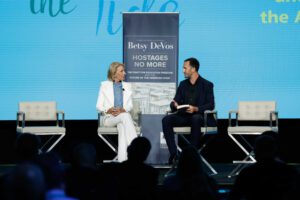 Parents are demanding bold action, and they’re holding their elected officials accountable. Now is the time to ask politicians if they’re with families or the status quo.

In other words: Anti-school choice politicians beware – because parents are paying attention.

Nationwide, we must demand that politicians and elected officials stand with families, not the teacher union’s agenda. The American Federation for Children acts as powerful counterweight to the status quo, but we can’t do it alone.

There’s no better way to make an impact than to become an active advocate yourself. We empower parents to advocate for change at the state and national level, and we help connect families to resources that help them make the best education decisions for their children.

Most states have wrapped up their 2022 legislative sessions, but the work continues. Already, opponents of school choice are hard at work trying to roll back the parent victories we’ve seen.

They won’t succeed. But I’ll be frank – the fight will be difficult. The status quo is determined to keep students stuck in their assigned public school – determined to keep trying the same thing over and over again and hoping for different results.

We aren’t satisfied with this option, and the results so far this year show that parents are voters aren’t either. They are demanding more from their elected officials, and we are here to make sure they get it.

Talk is cheap, but actions speak loudly. The Education Freedom Pledge is a great tool to hold your governor and state representative and senator accountable. When they sign the Pledge they say:

“I pledge to support policies that promote parental rights in education and educational freedom. This includes the right of parents to voice their opinions at school board meetings and to take their children’s taxpayer-funded education dollars to the education providers of their choosing – whether it be a public, private, charter, or home school.”

I hope you’ll join me in spreading the word and pushing to fund students, not systems.

* Contributions or gifts to the American Federation for Children are not deductible as charitable contributions for federal income tax purposes.

Previous StoryWelcoming an Innovative, Decentralized Future for American Education
Next StoryLessons from a Venezuelan Refugee: Socialism is Not the Answer