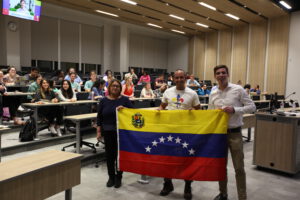 Across U.S. college campuses, a dangerous and misdirected ideology has been flourishing—that socialism is the answer to the nation’s problems. Socialism’s true believers say that a free-market system is a key cause of the country’s inequality, and that further government intervention is the solution. This could not be farther from the truth.

How do I know? As a Venezuelan refugee, I came to the U.S. from a country that upholds this socialist dogma and has put it to action over the last two decades, with perilous consequences. This ideology is the foundation of policies that have led to children digging through trash cans on the street, looking for their next meal; to individuals dying because they cannot find insulin in the medical marketplace; and to individual liberties being trampled in the name of central government planning and oversight.

In daring to speak out against socialism and its destruction of the Venezuelan republic, I faced political persecution, and as a result fled to the U.S. I am grateful for America’s open arms, as it upholds the merits of liberty and justice and promotes individualism and autonomy. But amid these virtues and opportunities, I have noticed an alarming trend of socialist thought and rhetoric taking hold, especially among young adults. It’s essential that Americans—particularly the newest and next generation of voters, thought leaders, policy makers, and politicians—know that these socialist concepts are the very cause of radically authoritarian regimes and the societal crises they produce. 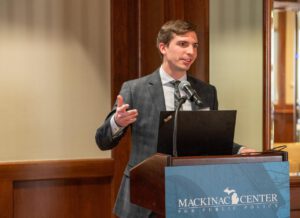 Knowing firsthand the dire results if the U.S. were to diverge from its path of free-market systems and individual freedoms, I felt the need to act. That’s why, as an Outreach Fellow for The Fund for American Studies (TFAS), I travel the country visiting college campuses and sharing my testimony. It’s important work that I highlighted during my FreedomFest 2022 panel, “Cuba Libre: The Fight Against Socialism.” There, I was joined by other refugees and activists who, like me, are a few of the six million Venezuelans to have fled the country amid its economic, societal, and political collapse.

Despite the devastatingly clear effects that a state-controlled society produces, however, I am commonly met with opposition during my visits to American universities. I am told by students that rising taxes, runaway health care costs, increasing college tuitions, lack of affordable housing, and more are the direct result of capitalism and a lack of government involvement. But the true cause of these economic woes is the very opposite.

Long wait times and surprise bills from your recent hospital visit? The result of overbearing bureaucratic regulations and zero transparency about prices—practices contrary to a free market system. Struggling to pay your monthly student loans? By the government getting involved and indiscriminately providing low interest loans in the first place, it created the perfect incentive for colleges to start raising their prices, knowing the federal government will help foot the bill.

You see, the very things people hate about capitalism, are actually socialist principles at work. And if some continue to promote socialism as a savior, things will only get worse. Instead, we must recognize that the path to true prosperity and human flourishing lies with a capitalist system. 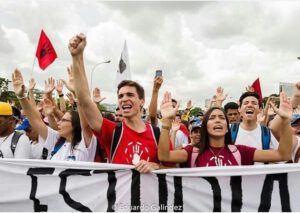 I’m thankful for TFAS for allowing me to voice this reality to thousands of young people across the U.S., and to FreedomFest for providing this most recent opportunity. In sharing my story, I hope to encourage people to think twice before thoughtlessly blaming capitalism for the nation’s issues. Americans are so fortunate to live in a country that is still relatively free, and they should do all they can to ensure it stays that way.

Jorge Galicia is an Outreach Fellow for The Fund for American Studies (TFAS).

Previous StoryEducation Freedom is on the March
Next StoryBanned from FreedomFest? Our Side of the Story