I work for Braver Angels, America’s largest fully red/blue and grassroots-led organization promoting civil discourse, depolarization, and what you might think of as “political family therapy.” We have a dedicated national team composed of a few staff and quite a few super-volunteers, and, more importantly, a widely-dispersed network of local alliances and statewide programs that run events meant to unite Americans of good will across their political divides, practice the habits of patriotic empathy that bind us all together, and have better personal conversations about politics in a world where those are ever so rare. I hope you saw our table at FreedomFest and stopped by to say hello!

Our main schtick and offering has always been and always will be red-blue workshops — intensive in-depth exercises with about a half-dozen reds and blues brought into conversation together, guided through exercises on stereotypes and values by our trained moderators. We have a variety of these, including one-on-one conversations with a similar format. We are pioneering more as well — take a look at this special FreedomFest invite to our “Being Red in a Blue Environment” workshop, on August 21, 2021 on Zoom. Click HERE to register – but hurry – spaces fill up fast.

All this might seem nice but quaint, I concede. An honest glimpse at any incident and moment in American history suggests that the vitriol of our own day is part of a long and venerable tradition. I’m under no illusion that some mass conversion to measured civility and reasonableness is in the cards. I don’t know if or how best practices in American institutions — media, education, political advocacy, journalism, political parties and the halls of government — can be adjusted to make more explicit room for representative pluralism and an ethos of non-destruction. Even if they were so adjusted, I don’t know what that would necessarily mean for the never-ending processes of political negotiation and social development, which the American people have muddled along with through for centuries.

But someone told me a while back that the best answer to most public problems in American life — political, cultural, and religious divides, social divisions, economic structure even, anything that hits at questions of values when processes and institutions are at stake — is often a creative interpretation of James Madison’s famous essay, The Federalist No. 10. (This is the essay which immortalized such memorable Instagram-worthy quips as Liberty is to faction what air is to fire and Enlightened statesmen will not always be at the helm, among other things.)

No. 10 is mainly famous for its contention that the solution to factional vitriol for the preservation of liberty was not the division of the American national union into smaller units in which, presumably, republican virtue and localist accountability would banish the darker demons of human nature out of the halls of public life. Madison argued, heretically for the time, that a larger national union, with more factions and interests and sects, would in fact preserve liberty, by creating a massive and diverse public square and public process, where no single faction could dominate all the others; where to get anything done at all, the grappling politicos would have to play politics and doubt a little of their certainties, give some and take some; and where ultimately every faction would come out on the other side dissatisfied with the eventual policy solutions and ideological arrangements. But you’d still have a union, a nation, with the liberty of all its component parts preserved.

Why couldn’t Madison’s heuristic dogma work for our public discourse nowadays, in these rage-filled, identity-driven, ideologically polarizing times? Why do we all have to come to a shared agreement on what to bow to in our deepest moral-political commitments if, regardless of their importance for our shared life, the reality is it would be incredibly impractical either to destroy or re-educate each other? If we’re going to consider the supermajority of our countrymen to be disappointing heretics anyway, why not settle for a brilliant structure of public order that lets heretics of all sorts build some useful things together?

In Braver Angels’s work, of relevance to Madison’s thought on pluralism and factions — and of perhaps deeper interest to those of us who identify with niche political philosophies adopting from, and thus somewhat estranged from, both left and right — is the Braver Angels Debates program, with which I work closely. In Braver Angels Debates, there aren’t two “sides,” although there’s always a resolution to be argued for or against. Speakers are encouraged to say exactly what they believe, exactly as they believe it, while following the basic parliamentary rules that govern these sorts of debates. And the cacophonous choruses of diverse opinion that emerge from these demonstrate the full glory of American discourse and American politics done best — the immeasurable diversity of opinion, the honest and passionate exposition of that opinion in spaces safe for free expression, the strange little chords of common ground that emerge only when the pretenses of pure partisanship are burned and Americans of every background reveal themselves honestly to each other.

(Lest you imagine we’re talking about taxes or roads or whatever, three of the most recent resolutions we debated nationally were on voter fraud and voter suppression, whether there’s ever any justification for violence in politics, and whether America is a racist nation or not. We go hard.) 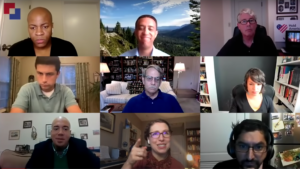 The national debates are held online, and you can receive information on them by subscribing to our newsletter or joining us. Aside from the national debates, local alliances host debates on contentious issues closer to them all the time, sometimes in person and sometimes online. Perhaps a good chance to channel your inner Patrick Henry!

A final note, especially to young folks and college students. I work with the College Debates Team as well, helping with planning and chairing these debates for students at universities all over the country. And in the debates we do on campuses, I see kids who are not unlike myself, my college friends, my college enemies, in an earlier moment of life. We had our unkind scraps and dissed each other online and in person over political and cultural buttons that, of course, were important — but it all feels so petty now. I don’t regret having cared about politics — but I wish I hadn’t been a jerk about it. And in the debate process, in the work Braver Angels does, we’re working to find a way.

So students, reach out to us and plan a debate on your campus. We’ll walk you through it. Those who are not students, reach out to us and come to our debates, and maybe find a way to get in touch with Braver Angels in your local area. James Madison fans, come to one of these and see if I’m applying a bit of The Great Legislator’s sagacity correctly or not. And all freedom-loving Americans with goodwill in your hearts, we invite you to join us in living our vision for America, where no one is destroyed and the union lives on long. See you on the debate floor. 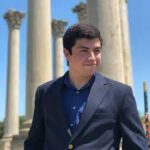 Luke Nathan Phillips is Publius Fellow for Public Discourse at Braver Angels. The historical interpretations presented here are his own and not official statements of Braver Angels.

Previous StoryCollectibles: The NFT Use Case for Liberty
Next StoryChanging The World One Drop At A Time