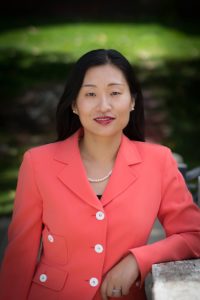 Trump won his astounding presidential bid by taking a populist stand on several key issues. His rhetoric on immigration, in particular, stirred emotions on both side of the ideological divide. Now with a Republican controlled U.S. congress, Trump carries the mandate for immigration reform. Before he officially takes office, I have some suggestions.

First of all, don’t attempt to reform our immigration system with a single comprehensive reform bill. Our existing system is too complex and touches too many different interest groups. No bill can address all these issues at once. A so-called “comprehensive” bill would, ultimately, be nothing but special interest-influenced outcomes shoveled down lawmakers’ throats. It would exacerbate existing problems and create new ones. Just look at our past experiences with comprehensive reform bills.

Exhibit A: the Dodd-Frank Financial Reform, signed into law in July 2010. The bill has over 2,300 pages. Two nonpartisan agencies—the Congressional Budget Office and the Government Accountability Office—estimated that we will need to hire 2,600 new full-time federal employees to implement the Act’s 400-plus regulatory mandates. That will cost taxpayers $27 billion. The rule writing and implementation are still ongoing as of 2016.

Yet despite this enormous cost, few people are confident that Dodd-Frank will prevent another 2008-style economic recession. In political newspeak, “comprehensive” is synonymous with “full of loopholes.” A comprehensive bill is so long, no one will read and scrutinize it. Glenn Reynolds, founder of the popular Instapundit.com website, referred to this type of bill as “Christmas trees on which lobbyists and legislators hang their goodies.”

A sensible and principle-based immigration policy would protect our borders, enhance national security, be simple and merit-based, and offer a viable, effective solution to the illegal immigration issue. Instead of another comprehensive immigration reform bill, I would suggest a step-by-step approach—one that will win back the trust and support of the American people, while ultimately reaching an ideal immigration system. What I propose here needn’t happen all at once. Some elements are more easily implemented than others. Some will have broader support than others. I categorize the proposals below based on the difficulty of implementation and the level of support.

Here’s How We Should Improve Border Security

What we should do immediately: Enforce the law. Any individuals who are apprehended crossing the border illegally—no matter their age or whether they traveled as a family unit—should be fingerprinted and deported immediately.

What we should do next: There’s no need to build a wall along the entire U.S. and Mexican border. It will be too costly and ineffective. In addition, Canada will lift visa requirement for Mexican visitors to Canada on December 1st, 2016. So a wall on our southern border won’t stop someone from hopping on an airplane to Canada and crossing the U.S. and Canadian border. I do believe, however, we should build strong fences. We can reinforce existing fences with surveillance cameras in popular entry points, or in areas where the terrain is easy to cross. We should aksi increase border patrols at portions of the border that run across harsh environments. Finally, we should increase cooperation between local police, border patrols, and the National Guard.

What Should We Do About Illegal Immigrants?

What we should do immediately: Make E-Verify mandatory for all employers nationwide. Deport anyone who committed a crime while in the U.S. What we should do next: Grant temporary working visas to illegal immigrants who are currently employed, have no criminal record, and have paid a fine for their illegal entry. Give their family members who are here and not employed visitor visas. Build a wall around the welfare system by limiting access to U.S. citizens, based on the original wording of “The Personal Responsibility and Work Opportunity Reconciliation Act of 1996 (PRWORA).”

How To Improve National Security

What we should do immediately: Enhance the screening process for visa applicants. Get rid of political correctness and deploy all sources that are currently available, including social media.

What we should do next: Issue a smart identification card to each nonimmigrant visitor at his or her port of entry.

How To Simplify Legal Immigration

What we should do immediately: Get rid of the visa lottery program and reallocate its 50,000 annual quota to skill-based immigration. Get rid of out-of-date special visa programs.

What we should do next:

If the Trump administration and the U.S. Congress can follow this step-by-step approach with incremental measurable success, we can make U.S. immigration great again.

Helen Raleigh owns Red Meadow Advisors, LLC, and is an immigration policy fellow at the Centennial Institute in Colorado. She is the author of several books, including “Confucius Never Said” and “The Broken Welcome Mat.” Follow Helen on Twitter @HRaleighspeaks, or check out her website: helenraleighspeaks.com. She will be speaking at FreedomFest.

Previous StoryA Health Care Proposal that’s Right for America
Next StoryEconomics to the Rescue: An Assault on “Free,” Not Freedom