When it became apparent March 24 that Paul Ryan’s American Health Care Act could not muster enough votes to pass the House, Republican leadership finally pulled the ill-conceived bill and will now start over. This is a good thing. The Republicans had eight years to design a viable health care alternative to Obama’s “Affordable” Care Act, but what they came up with was “Obamacare Lite.” It continued to mandate expensive coverage and favor the insurance companies and other lobbyists while doing little to make health care more affordable.

Donald Trump and the Republican Congress were elected in November largely on the promise of repealing and replacing Obamacare. Yes, the working poor and folks with pre-existing conditions now have coverage, but at the expense of everyone else. Those in the middle class have been hardest hit, with premiums more than doubling in many states and high deductibles making it almost impossible for ordinary people to see the doctor except in extreme emergencies. In fact, my facebook feed is full of GoFundMe accounts asking for help to cover illnesses and surgeries. This is not a solid health care plan. It’s as though we have no health insurance at all. 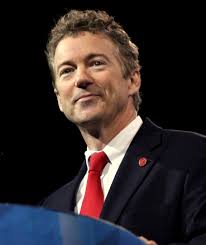 Meanwhile, Senator Rand Paul, a doctor by profession and free-market libertarian politically, has designed a simple four-page health care act that addresses all the fundamental issues in a way that provides coverage for those previously considered uninsurable and simultaneously reins in costs. It also encourages innovation and efficiency. Here are the basics of Paul’s plan:

Senator Paul’s plan would allow the formation of affinity-based groups, which would be a huge boon for the growing mass of people who are self-employed or independent contractors. Paul’s plan would enable myriad groups to offer insurance to its members—churches, think tanks, clubs, professional organizations, alumni associations, or even neighborhoods.

Because my husband and I are freelance writers and self-employed, we don’t qualify for employer-based insurance so we had to enter the private insurance market. We found a top-quality company that offered us the choice of several plans and coverage options. We could have paid $1,200 a month with a low deductible or $600 a month with a $5,000 deductible. When we realized that we could save $7,200 per year in premiums by going with the higher deductible, the choice was obvious. Yes, it costs us on average $250 to visit the doctor when we’ve been sick or injured, but we’ve never actually reached our deductible in any given year, and our savings have continued to grow. We purchased insurance for what it’s meant to be: protection against catastrophic events, not a pre-paid plan for ordinary illnesses.

Senator Paul’s plan also allows people to choose which items they want to cover. Why should a middle-aged couple be mandated to purchase maternity coverage, for example? Or a single man, for that matter? Similarly, non-drinkers and non-smokers might opt out of substance-abuse care and shoulder that unlikely risk themselves. Obamacare and the Republican plan both mandate total coverage, and that’s one of the main reasons insurance premiums have skyrocketed under Obamacare.

Using HSAs also encourages people to take better care of their health, and to limit unnecessary trips to the doctor, since they’re using their own savings accounts to pay the bills. Yet the money is there, waiting to be used, for necessary treatment.

Under Senator Paul’s plan, those with pre-existing conditions who previously were uninsurable outside of a group plan would be allowed to purchase insurance during a two-year window. After that window closes they must remain continuously insured. This makes sens, and is the only way a health insurance plan can be sustainable. If individuals are allowed to wait until they’re sick or injured to buy insurance, then premiums will continue to skyrocket. It’s the same with auto insurance and life insurance: we have to be insured before the accident has happened or the terminal illness is contracted. Continuous coverage will be much easier to maintain for life when group policies are available outside of the workplace and greater choice helps keep costs and premiums lower. Let’s face it: Insurance is the one item we buy, hoping that we will never have to use it. The lucky ones are those who “waste their money” on insurance they never use.

Let’s lobby for Senator Paul’s plan. It’s simple, it’s personalized, it controls costs, it protects people with pre-existing conditions, it encourages innovation, it’s written by a doctor, and it’s even tax deductible. This is the right health plan for America.

You can read his four-page proposal here: https://www.paul.senate.gov/imo/media/doc/ObamacareReplacementActSections.pdf 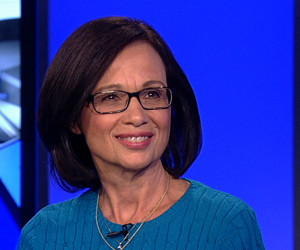 Jo Ann Skousen is co-producer of FreedomFest and founding director of the Anthem Libertarian Film Festival.

We welcome articles about liberty, individuality, public policy, technology, and innovation. If you would like to write an article for the FreedomFest blog, contact Jo Ann at [email protected]