“If You Are Not Part of the Solution, You Are Part of the Problem.” – Orly Amor, Founder of You Are My Light Foundation and Trust 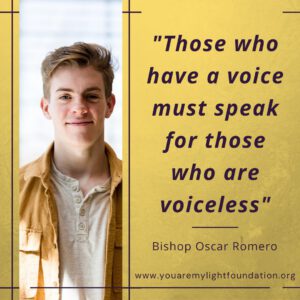 While these numbers are shocking, they are also under-reported and represent only a fraction of what the true numbers in the United States are.

Human trafficking, including Sex and Labor Trafficking, does not discriminate and affects every race, ethnicity, state, and city. And in one shocking study, it’s estimated that as many as half of sex trafficking victims and survivors are male.

Sex and labor trafficking is a multi-billion-dollar criminal industry and denies freedom to 24.9 million people around the world. This is a business that steals freedom and rapes innocent men, women, and children for profit. 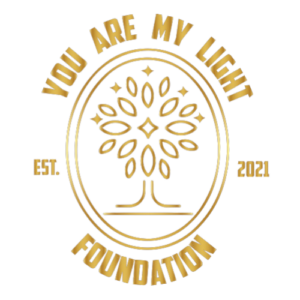 It is the mission of the You Are My Light Foundation (YAMLF) to restore victims’ peace, confidence, and freedom. We do this by providing secure shelter, healing guidance, and a learning infrastructure so they can regain their power and become whole and powerful individuals again.

Abusers steal their victims’ lives by controlling them with a variety of tactics that include physical and financial abuse. As a result, victims are forced into a position where they must depend on their traffickers for all of their needs.

These victims are being lied to, assaulted, threatened and/or manipulated into working under inhumane, illegal or otherwise unacceptable conditions – they are being sold, controlled and forced into providing sex commercially for their traffickers’ profit.

Like their victims and survivors, traffickers come from all walks of life. They span from every race, ethnic background, and gender. They can be wealthy, privileged, and use their power as a means of control, or they can come from abusive backgrounds themselves and are searching for a way to gain money, power, and some sense of control.

You can find traffickers among local business owners, gang members, parents or relatives of victims, owners of farms and restaurants, powerful corporate executives, and government officials.

The truth is that victims are often trafficked by people they know and are familiar with. In fact, victims’ and survivors’ partners, spouses, families and even parents may be the ones who trafficked them.

Anyone can become a victim of human trafficking, but some are more vulnerable than others. So how do you know if you or someone you love is in danger of becoming a victim? You may not know what to look for if you don’t know anyone who is a former victim or a survivor but that’s ok; we’ve provided some indicators for you below:

Some factors that put you or your loved ones at a greater risk include  situations where:

Traffickers are looking for areas where their victims are the most vulnerable to leverage and create dependency.

Other indicators to look out for:

If you see something, say something. Having the courage to speak out is one of the most important things you can do.

If something feels off to you, say something.

If someone gives off a vibe that doesn’t fit, say something.

If you walk away questioning an interaction, say something.

Speak up. You could be saving someone’s life – multiple lives!

You could turn a victim into a SURVIVOR! 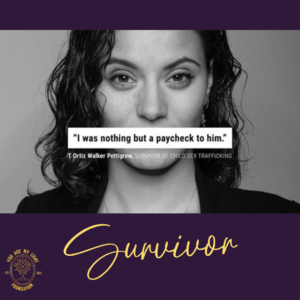 The You Are My Light Foundation (YAMLF) provides survivors with secure shelter, healing guidance and a learning infrastructure. This allows the former victims to find their healing and their path to freedom.

YAMLF is dedicated to building healing centers for rescued victims and giving them the resources, training, and tools they need to take back their God-given right to Life, Freedom, Education and Autonomy so they can live life free.

At our healing centers, rescued victims are given an opportunity to start over, when they’ve had everything taken away. Their nightmare is over, they’ve been through enough and You Are My Light Foundation is where they will have a safe space to heal and TAKE BACK THEIR POWER.

During their stay, the victim can transform into a survivor and finally a leader in their community. This is done by working with a professional support team of people who care. They’ll gain life-enhancing skills.

We are committed to providing for each individual’s needs and supporting their future success. We won’t stop until everyone’s on top, because we believe that everyone deserves to live life free.

What can you do to change someone’s life? You can help by contributing to the You Are My Light Foundation today.

By empowering us, you empower the survivors of sex trafficking — and that is our promise.