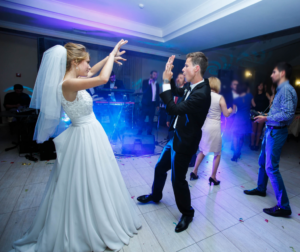 “You won’t get any dancing here, it’s illegal.”

That’s a line from the 1984 film “Footloose” starring a then very young Kevin Bacon with the very cool character name “Ren McCormack.”

Now, I know I am biased here, given my alter ego is “Renaissance Man,” and given that a certain cadre of in-the-know friends actually call me “Ren.” But objectively speaking, that has to be one of the best character names in all of film. Maybe only bested by “Dirty Harry” or “Clubber Lang,” or maybe “Snake Plissken.”

So, in case you aren’t familiar with the plot of “Footloose,” it’s about a big city teenager who moves to a socially repressive small town where rock music and dancing have been banned. Well, Ren isn’t about to let this stand, so he unleashes his formidable rebellious spirit and really shakes up the place.

Oh, if only Ren were real, because the residents of our nation’s capital could you use a little of that rebellious spirit about now.

Last week, Washington, D.C. Mayor Muriel Bowser announced that the city has banned dancing at wedding receptions. The reason? As a way to prevent the spread of COVID-19.

Now, I am all for preventing the spread of COVID-19. I am not one who thinks the virus is a hoax, that it’s a “plandemic” or that its dangers have been overblown. Far from it. In fact, I have already written about how I think everyone should choose to get vaccinated.

I am, however, an advocate of freedom — and that means I find a ban on dancing at private gatherings, ones that are freely engaged in by free people, to be one of the most repugnant ideas imaginable.

The mayor issued the “no dancing” order along with new masking policies and changes in other restrictions for businesses and gatherings. So, if you want to get married in D.C., the mayor will “allow” you to have an indoor wedding at 25% capacity, or up to 250 people. However, standing and dancing at the wedding reception is not allowed.

In researching this issue, I further discovered that this “no dancing” edict applies to not only indoor weddings, but also to outdoor weddings. Moreover, it doesn’t matter if those in attendance are vaccinated, if they’re wearing masks or if they’ve all tested negative for COVID-19 that day. 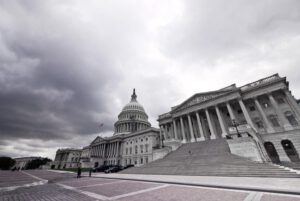 Perhaps next the mayor will explain to us that: War is peace. Freedom is slavery. Ignorance is strength.

Ironically, the “no dancing” decree came on April 29. Or as Orwell writes, “It was a bright cold day in April, and the clocks were striking thirteen.”

Now, lest you think I am making too big a leap from a dancing ban at weddings to a totalitarian state, keep in mind that the first step to loving the state and accepting its authority over your personal sovereignty is to first accept the premise that it knows what’s best for you.

Once you grant the state supremacy over your mind, you have taken the first step toward permitting tyranny.

So, if you live in D.C. and you are planning on attending a wedding, I say be like Ren and get rebellious. Put your dancing shoes on and get Footloose. Do it for yourself, and do it in defiance of Big Brother. 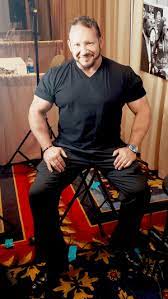 Jim Woods is the editor of Successful Investing, Intelligence Report and Bullseye Stock Trader. He is known as “The Renaissance Man” because of his eclectic interests in history, investing, music, literature, horses, ranching, and motorcycles. He will be speaking at FreedomFest, “the world’s largest gathering of free minds,” July 21-24 at the Rushmore Civic Center in Rapid City, South Dakota, where dancing will definitely NOT be prohibited!

Reprinted with permission from stockinvestor.com

Previous StoryThe Antidepressant in Your Refrigerator
Next StoryAre You Healthy, Wealthy & Wise?