Over the past two centuries, the Enlightenment values of reason, liberty, and free markets have unleashed the creative energies of billions of individuals. Innovators and entrepreneurs have led the way, producing more wealth during that time than had been created during all of prior human history combined. Most people in developed countries, and more and more in emerging economies, have more wealth, goods, services, and luxuries today than even the richest kings, emperors, or potentates of millennia past.

Imagine the terrible yesterday without air conditioning, central heating, or modern medicine. Today, anyone under 40 has never experienced a world without personal computers, smartphones, and internet access to nearly all the world’s knowledge.

And the best is yet to come. Exponential technologies in communications, nanotech, biotech, robotics, and AI are now unleashing a future of unimaginable prosperity with longer, healthier lives for all, and will radically transform and drive the economy, social institutions, and culture in coming decades. If you want to be a beneficiary of this techno-wealth, you need to empower yourself so you can help create it by understanding and embracing it.

If you want to open your mind and raise your consciousness about the techno-wealthy future, read The Future Is Faster Than You Think! by Peter Diamandis and Steven Kotler. The former created the SpaceX Prize to spur private access to space and co-founded Singularity University. The latter’s work on “flow states” and “being in the zone”—see his The Art of Impossible: A Peak Performance Primer—is a must-read for anyone who appreciates that creating a wealthy tomorrow requires you to create the right moral character today and make yourself an efficient action engine.

In an interview with these authors, Applied Materials CTO Omkaram Nalamasu explained that all the capacities and services found in today’s smartphones would have cost around $100 million 40 years ago, would have required nearly 200 kilowatts of energy (compared to 2kWs per year for a phone today), and the device would be 14 meters tall!

The first successful smartphone, the iPhone 1, was launched in 2007. Today, some 87 percent of Americans own one. While thankful for those devices, too few owners appreciate how revolutionary they are, and how other exponential technologies are poised to be even more wealth-creating, empowering, and transformative.

The Exponential World of Tomorrow 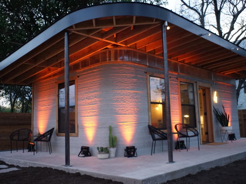 To appreciate where technology is taking us, consider some of the now-and-future tech.

Jet engines, an entire rocket, and whole houses have been 3-D printed. In years to come, as costs fall, such production will achieve economies of scale.

As 3-D printers are able to utilize more varied materials, industrial-level manufacturing will be more customizable. On a personal level, you will be able to choose and customize your clothing and, with your dimensions from a body scan, have them 3D printed to your exact fit!

Think about how 3-D printing will disrupt whole industries and create incredible wealth!

Most revolutionary has been nanotechnology used to create the microprocessors that run our computers, smartphones and, soon, every device on the planet.

An artificial kidney using nano-materials soon could make costly, time-consuming dialysis unnecessary. Nanotech devices inside our bodies could monitor our vital signs at levels of sophistication that will allow bio-electronic and other nano machines to deliver treatments when and where needed. Nano-respirocytes could provide oxygen to red blood cells many times more efficiently than our lungs, banishing many ailments, and allowing us to run marathons and never get winded. A marco-use for micro materials could be a space elevator to orbit. Musk and Bezos rockets could have competition!

Think about how nanotech will disrupt whole industries and create incredible wealth. 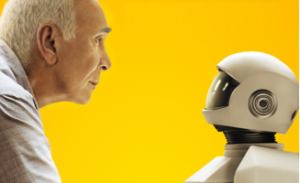 Robots have been in industrial and factory use for decades, helping to manufacture everything from cars to computer chips. Today they disinfect hospitals, administrate diagnostics tests, and help doctors with surgery. They manage warehouse inventories, selecting and preparing for shipping your Amazon package, for example. Humanoform AI robots that can speak and even read emotions are emerging to provide nursing care for elderly or disabled individuals.

AIs are the epitome of the world of tomorrow. They solve unique problems, react in novel ways to inputs—texts, visual, sound—learn on their own, and make scientific discoveries. They shift data not only to suggest your next Netflix. The Watson supercomputer has scanned thousands of MRIs, made diagnoses as accurately as physicians, and made medical discoveries. AIs coordinating complex systems and processes—manufacturing, distribution—will be central aspects of economies. Imagine never getting stuck in traffic because AIs will direct your car, probably a self-driving or flying one, along the best route to your destination, assuming you are taking a break from virtual reality 3-D holography for business or pleasure! And Elon Musk’s human brain-AI interfaces area a non-sci-fi step to a Singularity.

Think about how AI and robotics will disrupt whole industries and create incredible wealth.

Your refrigerator will know when you need more milk, eggs, or that beef made from cloning cells rather than by killing cows. And the products will be delivered automatically. As with Amazon stores today, you will walk into retail outlets, pick up items, and walk out without checking out, as monitors debit your accounts. You might also shop virtually in holographic stores.

Think about how the Internet of Things will disrupt whole industries and create incredible wealth.

Fear not the Robot!

With this incredible future ahead, we still see headlines screeching “Robots Could Steal 40% of U.S. Jobs by 2030,” and “Within 20 Years Automation May Take the Place of About $5.1 Trillion/year in Labor With More Than 98% of Savings Going to Those Who Are Already Multi-Millionaires.”

Fear that technology will lead to widespread unemployment and poverty goes back to the beginning of the Industrial Revolution, when Luddites smashed machines. This fear was spread widely by Karl Marx, and it even spooks some American populists today.

Of course, machines brought down the product costs so millions more individuals could now afford them. Entrepreneurs invested their profits in new enterprises, hiring more workers who had higher purchasing power, producing the modern middle class.

But while economies, social institutions, and cultures in the past had many decades and centuries to adjust to changes, exponential technologies will bring changes in a few decades and only a few years. This will mean that current, failing, government schooling systems, which are already disconnected from market needs, will be the next targets of exponential technology-wielding entrepreneurs.

This fantastic future most of all requires liberty. Recent revolutions were launched by Steve Jobs and Steve Wozniak, Bill Hewlett and David Packard, and Jeff Bezos working out of their garages, unregulated. Creators of our future will need even more liberty to innovate.

The workplace of the future will change as well. Working an entire lifetime for one company went out decades ago, with frequent moves to different employers now the rule rather than the exception. In the future, more individuals will be independent workers, providing services to multiple enterprises or blockchain-like efforts. This will mean current government labor laws and unemployment insurance will have to be scaped for an open “Nextwork” system. 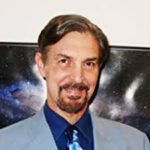 Edward Hudgins, PhD, ([email protected]) is founder of the Human Achievement Alliance. He has a decades-long career in free-market public policy, with a specialty in science and technology and promoting the values of reason and individualism. He will be speaking July 21-24 at FreedomFest, “the world’s largest gathering of free minds,” in Rapid City, South Dakota.

Previous StoryFreedom and Wealth
Next StoryAre you Healthy, Wealthy, and Wise? (Part 2)