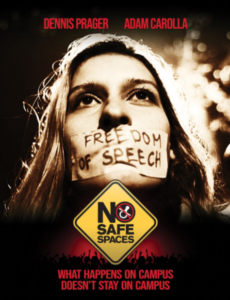 I haven’t worn a mask in weeks, except when I’m flying. I’ve had the vax, I’ve had Covid, and I’ve had enough.

Recently I attended a church service while visiting in another state. As I arrived, congregants welcomed me with warm handshakes. I noticed friends greeting one another with hugs and speaking directly into their faces. When it came time for the ordinance of communion, trays of sacramental bread were passed down the pews from hand to hand as each person reached for a piece of broken bread and then passed the tray along. It was just like old times.

Except everyone wore a mask. Everyone.

The peer pressure was strong in the pews. I donned a mask for camaraderie, if not for safety. Immediately I felt my good mood dissolve into sullenness. Wearing a mask has that effect on me. Seeing other women with their mouths covered in this politically charged era has that effect on me too. I nearly left the service.

During Covid a touchless system of administering the sacrament was developed, in order to reduce hand-to-hand contact. I think it’s a good idea. But not in this congregation! Here, trays of emblematic bread were passed from person to person down the row of each pew.  While waiting my turn I observed my pew neighbor shake two errant pieces of bread from her fingers when she accidentally grasped more than one. With the hand that had just lowered her mask and absently rubbed her nose before putting the bread into her mouth. With the hand that now handed the tray to me. I guess all we needed was a mask, and then we were safe. Come on.

It’s easy to recognize the hypocrisy of the mask. No one in that congregation was wearing the mask for safety; they were wearing it for show—a show of compliance. A show of solidarity. Well, that was enough for me. I yanked off my glittery mesh mask and stuffed it into my purse. Enough was enough.

And as suddenly as it had left, my smile returned. I was a person again. I smiled through the meeting, smiled at these new friends, made comments in class and participated in the communion of ideas.

Masks have their purpose. In medical settings they make sense. If they are sterile and tightly fitted, they work effectively. Even ill-fitting reusable masks might provide marginal protection if the wearer also observes distancing and non-touching. But masks that are worn haphazardly, — stuffed into a pocket or purse between uses, or slung around the wrist, or shared when a companion has forgotten hers—those dirty reused masks are just flinging germs into the atmosphere. Moreover, some studies have shown that wearing a mask longer than a couple of hours actually increases bacterial load.

Face it: if your friend who doesn’t know he has Covid –or the flu or a cold or the bubonic plague– adjusts his mask while talking to you and then shakes your hand, or hugs your cheek, or picks through a pile of cookies while choosing the one with the most chocolate chips—you’re going to get it, masked or not. We all know this. And the fact that these congregants hugged and shook hands and passed trays without fear indicates one of two things: either they don’t really think Covid poses a personal threat, or they think the mask has a magical quality that transcends the laws of science. Neither position is very logical.

Creating a Culture of Silence and Control

Some studies show that masks reduce the chance of getting Covid, but at what cost in terms of social behavior and interaction? Later that morning, as we separated for class time, I watched a group of little children being led by their Sunday School teachers toward their classrooms. All of them were wearing masks. All of them were quiet. Many of the women happened to wear long skirts too. It gave me the creeps. I had to check my phone to make sure I wasn’t in southern Utah – or Afghanistan.

I run the Anthem Libertarian Film Festival, where each year dozens of Iranian filmmakers submit their works. All of them tell stories of submission, coercion, and tyrannical control. The masking of women has become a symbol of that control. Now it’s everywhere. Is the burqa next in America?

John Fund once said, “FreedomFest doesn’t ride the wave–FreedomFest creates it!” In 2018 we chose “Where Is the Voice of Reason?” as our theme for FreedomFest. Our logo—a masked Lady of Justice– couldn’t have been more prophetic. We also awarded the Anthem Grand Prize to Mark Joseph and Justin Folk for No Safe Spaces, with its image of a lovely young woman swathed in a mask. The mask was not intended to protect her. It silenced her.

This pandemic crisis has been used as an excuse to silence the voice of reason. The students who had courageously protested in Hong Kong for five years –five years!! – were abruptly silenced when Covid restrictions forced them to go inside. Scientists who have studied the data and found results that differ from the mainstream narrative have been silenced through rejection in peer-reviewed journals and censorship on social media platforms. Other scientists and medical practitioners who have examined alternative treatments have also been ridiculed and silenced. Worst of all, individual choice has been silenced as the cry, “My mask protects you, and your mask protects me!” gives others the right to prevent or mandate every action we take.

This is no longer about the virus—which still has a CFR (Case Fatality Rate) of under one percent. Yes, it’s a real virus. Yes, it seems to be more contagious now. Yes, lots of people are getting it. And yes—99% of them will get over it. I’m one of them. Having Covid wasn’t fun, but it also wasn’t worth shutting down the world to avoid getting it. The ever-tightening restrictions and mandates are about control, not health.

Congress shall make no law respecting an establishment of religion, or prohibiting the free exercise thereof; or abridging the freedom of speech, or of the press; or the right of the people peaceably to assemble, and to petition the Government for a redress of grievances.

Free religion. Free speech. Free press. Free assembly. These are the pillars of freedom. All of these rights have been trampled during the past eighteen months as governments have made increasingly illogical assertions and demands. Wear your mask if you truly want to; I won’t object. But don’t let it become a tool of silence. 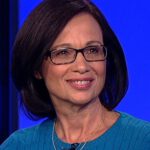 Jo Ann Skousen is the founding director of the Anthem Libertarian Film Festival and the entertainment editor of Liberty Magazine. She teaches English literature at Chapman University, where she will be forced to wear a mask in the classroom, even though she is fully vaxxed, takes a weekly test to demonstrate she is not infected, and has antibodies from the disease. You may hear her speak at FreedomFest July 13-16, 2022, where she most definitely will not be silenced.