Think tanks, nonprofits, political parties and other impact organizations in the pro-freedom space encounter complicated situations – and arguments – every day. In the face of their complexity, many focus on developing the most logically sound arguments, sophisticated research methods or effective fundraising tools.

But whatever their aim, every change-maker must ultimately compete for attention, elicit an emotional response and compel action.

You probably remember stories you were told as a child. You remember how it felt to have someone read to you, how you learned important lessons about life as those stories unfolded– and how those lessons stuck with you more than they would have if you hadn’t been invested in the story.

That’s because storytelling is critical. A good story cuts through the noise and brings attention to the underlying messages. They make us want to take action. While storytelling is an art, it’s also a science. Good storytelling can be informed by the neuroscience behind how and why we connect to a great story. This will be the focus of my breakout session at FreedomFest entitled “Hitting a Nerve: Storytelling to Advance Liberty Causes.”

As much as facts don’t care about our feelings, the reverse is true as well – feelings don’t care about the facts. People don’t connect with facts and figures. We connect with each other. So many people and organizations try to change minds with statistics and arguments with no regard for the fact that decisions are made emotionally. Stories strike the nerve that moves the needle.

That’s where the neuroscience of the SCARF model comes in.

Status is all about our relative importance to others. University College London Prof. Michael Marmot has argued, with compelling research, that even after controlling for education and income, social status is the most significant contributor to longevity and health. Status is why one of the most prominent social movements in modern American history, Occupy Wall Street, was based on a figure. The brilliance of “We are the 99%” lies in the fact that our brains use similar circuitry for thinking about status and processing numbers.

Humans crave patterns, and pattern-recognition is key to our survival. Without it, we spend far too much energy to complete simple tasks. Even a trace amount of uncertainty can generate an “error” response in the orbital frontal cortex. The brain fires off these error messages when someone is acting incongruously.

Relatedness involves deciding whether others are “in” or “out” of a social group. This is why picking the correct messenger to deliver your message is incredibly important – information from people perceived as “like us” is processed using similar circuits for thinking one’s own thoughts. On the other hand, when treating someone as a competitor, the capacity to empathize drops significantly. An example: Research on in-feed social ads found that content with an early story arc was 58% more likely to be viewed beyond 3 seconds, and the presence of people in the ad increased emotional intensity by 133%.

A perceived increase in fairness activates the same circuitry as receiving a monetary award. People who perceive others as unfair don’t feel empathy for their pain, and in some instances will feel rewarded when those perceived as unfair are punished.

By starting with the outcomes we desire and reverse engineering from there, we can create engaging content that grabs attention and compels action by using one or more components of SCARF.  In storytelling, relatedness and fairness are the key elements. This must all be done authentically for the reader to have the type of genuine reaction that moves hearts. Otherwise, you risk eroding hard-earned trust for short-term gain. None of us can afford that – and we shouldn’t want to.

We live in an attention economy, and every individual, organization and business is in competition. The art and science of storytelling is a sure-fire way to earn attention – and elicit a response. 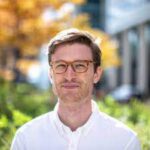 Austin Berg is CMO  and Co-Founder of Iron Light Labs and  Vice President of Marketing for the Illinois Policy Institute. He and his work have been featured in the Economist, Washington Post, Chicago Tribune, Chicago Sun-Times, ABC 7 Chicago and WTTW. He is the winner of two Peter Lisagor Awards from the Chicago Headline Club for his photojournalism work, and was honored as one of Chicago’s “20 in their 20s” by Crain’s Chicago Business. Austin is the co-author of “The New Chicago Way: Lessons from Other Big Cities,” published in 2019 by Southern Illinois University Press. He is also the writer of the 2016 documentary film, “Madigan: Power. Privilege. Politics.” He is a graduate of Tufts University.

Austin will be speaking at FreedomFest, “the world’s largest gathering of free minds,” July 13-16 at the Mirage Las Vegas Hotel.