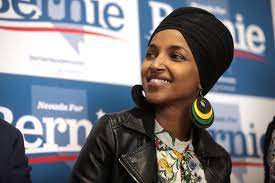 Last summer, several Minneapolis city council members joined Rep. Ilhan Omar at a rally where they vowed to “end policing as we know it.” A local newspaper noted ominously that these officials constituted a veto-proof majority of the city council. Change was in the air.

Four weeks ago, however, the incumbents heard from the thousands of Minneapolis voters who had not attended their anti-police rally. Change was in the air, all right — but not the change radicals were hoping for. When the dust settled, three incumbents were knocked off the council by challengers who promised to maintain or even increase law enforcement. A fourth incumbent won by only 93 votes against a newcomer.

The results in Minneapolis are what happens when the political class begins to believe its own press. Emboldened by rallies, donors, and a fawning media, those incumbents genuinely believed their fellow citizens wanted to defund the police. It’s the same echo-chamber delusion that leads Georgia Rep. Marjorie Taylor Greene to claim, “I speak what regular people say,” even as she tweets about a coming “Communist takeover of America.” The reality is that these firebrands on the left and right represent only small minorities of regular Americans.

Repeated surveys reveal that, in contrast to ideologues who’ve captured our national parties, most Americans hold centrist positions on nearly every major issue, from crime to immigration to government spending. Meanwhile, as our major parties have grown more polarized, Americans express rising distaste for them both. Indeed, the upward trend of Americans eschewing a party label in favor of “Independent” — now a majority of voters — corresponds with a downward trend in Americans who trust the federal government.

Despite this evidence, pundits perpetuate the myth that Americans are as firmly partisan as our political class. They note that “leaners”— independents who report more affinity toward one party than the other — vote for those parties with the same frequency as partisans. They base this claim, however, on a survey administered shortly before and after every presidential election. Unsurprisingly, independents tend to vote in November for the candidate they’re leaning toward in September. But when we follow them across multiple elections, we find that independents have no firm partisan loyalties.

American voters are centrists, but primaries are engineered to favor candidates backed by ideologically extreme political donors and activists, as is a news media more interested in covering AOC’s dress and Paul Gosar’s cartoons than public servants with substantive positions. The number of swing districts isn’t declining because everyday Americans have split into fervent red and blue tribes; it’s declining because our political system no longer produces candidates with crossover appeal.

Make no mistake: independent voters are alive and well, and they’re angrier than ever. They’ve endured vaccine mandates, school shutdowns, and forced masking of toddlers. School board recall attempts have risen four-fold this year. Voters want pragmatists, not partisans. Virginia gubernatorial candidate Glenn Youngkin understood this, focusing on education and grocery taxes while his opponent declared that parents should butt out of schools. A dozen counties that had gone for Democrat Joe Biden just 12 months prior lined up to support the Republican Youngkin, sweeping him into office. 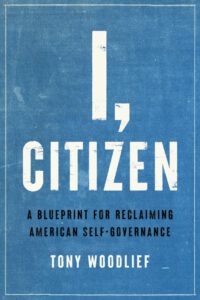 Beyond the ballot box, many Americans exercised an even greater form of voter independence by running for office themselves. In Wichita, Cincinnati, and dozens of smaller cities and towns, parents unseated career education bureaucrats. In New Jersey, trucker Edward Durr went on to defeat powerful state senate president Steve Sweeney, in a shock election fueled partly by anger over lockdowns.

While polarized parties and a broken primary system suppress independents on the national stage, it’s harder to shut out pragmatists at the local level. And now that the ideological extremism characterizing DC politics has begun to infiltrate our communities, we’re seeing citizens wake up and fight back.

And who knows — if independents realize that there are more normal, sane people in America than pundits would have us believe, our national politicians could be in for a rude and long overdue awakening. 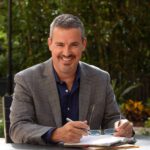 Tony Woodlief is Executive Vice President of the State Policy Network and the author of “I, Citizen: A Blueprint for Reclaiming American Self-Governance” (Encounter Books), out now. He will be speaking at FreedomFest, “the world’s largest gathering of free minds,” July 13-16 at the Mirage Las Vegas.