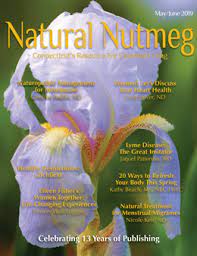 FreedomFest is an intense three and a half days, and it’s different from any conference you have ever attended. This year’s theme is fitting; Healthy, Wealth & Wise. Where else can you attend yoga in the morning, listen to world-renowned speakers on finance or geo-politics after breakfast, choose from among a dozen breakout sessions with the world’s brightest thought leaders in the afternoon, watch a movie (and meet the director) throughout the day, judge the contestants in an Entrepreneurs’ Competition, and end the day with karaoke? Since 2007, FreedomFest has been the leader in the liberty movement, bringing together thousands of people committed to freedom – concerned citizens, educators, professionals, business leaders, filmmakers, politicians, celebrities and policy makers.

“FreedomFest is an annual festival where free minds meet to celebrate great books, great ideas, and great thinkers in an open-minded environment. It is independent, non-partisan, and not affiliated with any organization or think tank,” says Valerie Durham, Executive Director. And it’s a family affair. The event was started in 2002 by her parents when her father was president of the Foundation for Economic Education, an organization of great think tanks whose members were not sharing and connecting. “FreedomFest is one place and one time where everyone who cares about liberties gets together and shares about every topic from political, economic, health, intellectual and financial to art, literature and even libertarian movies,” says Durham.

FreedomFest attracts people of all ages and walks of life and across the political spectrum. It’s open to anyone who enjoys a wide interest in books, art, music, film, science, philosophy, economics, health, technology, business, law, politics and more. It is an event that will revolutionize your perspective, open your mind to new ideas, give you an action plan to implement, and most importantly inspire hope that our society and world can be a place of freedom. You’ll have deep and meaningful conversations with people you might otherwise never have met, and you’ll leave with an experience you can take forward into your life that you won’t get from social media, a news byte or a book. 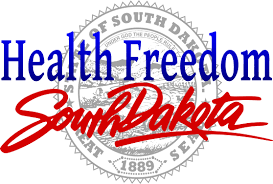 Mya Olson, founder of Health Freedom South Dakota, is a featured speaker this year at FreedomFest, Her talk is titled, “History of the Medical Mafia.” She was inspired to create a health freedom organization because she felt she was lied to by the mainstream medical community. As a result of a vaccine injury, her first child spent over a year on Miralax. Miralax is an over-the-counter laxative that contains the ingredient polyethylene glycol 3350 (PEG 3350), which is linked to tremors, tics, obsessive-compulsive behaviors and aggression in children following its use. Nevertheless, Mya has heard countless stories about adults and children being bullied into procedures and dropped from pediatric practices if the parents refused vaccines.

“Why do women no longer have a voice for their children, their parents, or themselves? We have become a society that just wants a pill. How did we get here and how do we get out of it?” asks Mya. Sadly, Mya’s sister-in-law just passed away a few days after receiving the Johnson & Johnson Covid-19 vaccine. www.healthfreedomsd.org

Jose Luis Cordeiro, author of the book “La Muerte de la Muerte,” or “the death of death,” is also a featured speaker at FreedomFest 2021. Cordeiro predicts that by the year 2045, researchers will have figured out a way to not only stop aging, but even reverse it. This will result in a huge cost reduction in healthcare as 80% of one’s medical expenditures happen in the last five years of life. Cordeiro believes that everyone has the right to life. “I do not plan to die, I plan to be younger in 20 years than I am today,” remarks Cordeiro.

Some of these revolutionary technologies that will extend lifespan include: the ability to correct the genome with gene therapy, elimination of zombie or senescent cells that cause aging, inexpensive stem cell treatment, and epigenetic cell reprogramming. According to Cordeiro and other researchers on aging, there are four genes that control the aging process. In one study by Dr. David Sinclair, a Harvard researcher, his team of geneticists were able to extend lifespan by two years in mice, which is equivalent to decades in humans. “Once we can reverse aging, it will be unstoppable,” says Cordeiro. “We are truly living between the last human mortal generation and the first immortal generation!” he exclaims.

For more information or to attend FreedomFest 2021, visit www.freedomfest.com. Use code Nutmeg50 to save $50 off registration.

Previous StoryAre you Healthy, Wealthy, and Wise? (Part 2)
Next StoryThe Digitization of an Outdated Industry