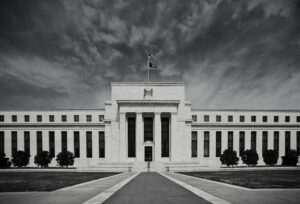 How long before the Federal Reserve caves in to deteriorating market and economic news and stops tightening? I have little doubt that we will see the “Powell pivot” before inflation is firmly under control, and even less doubt that the Fed will be unable to bring inflation down without causing serious damage to asset prices and to the economy. I have scant respect for the Fed and its officials. But I have argued that this time around the Fed will be less concerned with declining asset prices and may stay the course a little longer than most are expecting. Recent events reinforce that view.

The strong labor report, showing more jobs created than expected, gives the Fed cover to continue tightening. I have commented before that jobs are the most important indicator for this Fed; they will ignore the stock market and other assets declining (in fact they actually want to see declines in asset prices),They will ignore dollar strength or dollar weakness, manufacturing declines and many other signs of weakness. But a weak jobs market competes with high prices for Fed attention.

Then we had the high CPI number showing prices continue to climb, giving lie to the “inflation has peaked” argument.

And in another significant development, President Biden and Fed chairman Jerome Powell met earlier in the month, with Biden telling Powell that bringing inflation down was his #1 job, and further that, since he respects the Fed’s independence (ha!), Powell was responsible for bring down inflation. Certainly, inflation is one of the main factors leading many analysts to predict a Democratic wipe-out in the midterm elections. So given the strength of the labor market and continuing higher inflation, given his marching orders from Biden and the short time frame before midterms, and given the Fed’s deteriorating credibility with even former Fed officials, the Fed is likely to continue tightening despite damage in the stock market and broad economy.

Meanwhile, even though he has charged the Fed with cutting inflation, Biden continues to implement by fiat executive orders that boost inflation. But that’s a different story.

Powell and the Fed will eventually cave

The Fed will eventually surrender; the only question is when. It was already making noises about backing away before this week, with suggestions it might pause tightening in September to see how the economy is responding to its policies. And there have been suggestions that if inflation comes down to 4%, that might be sufficient to claim victory. But after this week, that probably changes: if you were Fed chairman and the President told you and the world that you are responsible for inflation and for getting it down, and that it’s your number one priority, and if commentators were daily suggesting that you don’t have the courage to stay the course, how would you react? You might stiffen the sinews, summon up the blood, and stick with the program a little longer than otherwise.

Even now, this Fed is hardly “hawkish”

We should not imagine that the path on which the Fed has embarked is hardly hawkish. If interest rates continue to increase over the next 12 months at the most aggressive pace discussed by Fed officials, rates will still, a year from now, be deeply negative in real terms (nominal rates less inflation), and lower in even nominal terms than in 2007.

In addition to raising interest rates, the Fed has also started to reduce the size of its balance sheet. To date a small 5% per month has been allowed to roll off––that is, to mature without reinvesting the proceeds. If the balance sheet is reduced at the most aggressive pace discussed by Fed officials, the balance sheet will still be, a year from now, more than twice what it was two years ago. This is hardly hawkish. But the Fed continued with its loose policy for far too long and left reversing it too late; hardly anyone reputable disputes that (although of course many of those now saying the Fed left it too late were nowhere to be seen a year ago). One member of the Fed’s rate-setting Open Market Committee, Christopher Waller, recently admitted, “If we knew what we know today, we would have acted sooner.” Even former Fed head and now Treasury Secretary Janet Yellen says she was wrong about inflation. While perhaps honest, these comments raise the question why the Fed had no clue what was coming.

“Inflation came out of the blue; we didn’t see it coming”

The Fed doesn’t seem to know, or won’t admit, the reasons for inflation: namely, the excessive money creation of recent years. Instead we hear about Putin, and supply-chain issues and Shanghai lockdowns. Extraneous factors––such as the sanctions on Russian oil and gas––can cause those prices to go up (though goodness knows that there are other reasons causing higher oil and gas prices). But they do not cause all prices to go up at the same time. Only when prices in aggregate go up do we call it inflation (although that is not actually inflation, but the symptom of inflation); inflation, as Milton Friedman said, “is always and everywhere a monetary phenomenon.”

The Fed’s models are wrong

The Fed’s whole methodology is faulty. First, this Fed prides itself on being “data dependent”; it will look at the data and be flexible based on the data. But data show what has already happened.  Being “data dependent” means always being backwards looking. Thus the Fed winds up reacting and being too late. Second, there is a fundamental problem with the models that the Fed (and most modern economists) are using. Fed models are static; they believe you can tweak one input and get a desired change in the outcome. But when there are changes to interest rates and to liquidity, households and businesses react and change their behavior. So you don’t get the desired outcome. We have seen just in the last couple of weeks many companies, from Tesla to Starbucks, discuss impending labor cuts.

If your models made predictions––on inflation, on GDP, and other economic conditions––that year after year proved incorrect, and frequently proved wildly inaccurate––as have the Fed’s––would you not perhaps revisit your models (or even start to wonder if the whole business was invalid)?  After all, the Fed is the body that sets short-term rates and injects and withdraws liquidity from the economy, so they actually have some influence on the outcome. They have over 400 PhDs in economics working for them.

The Fed has also been ignorant or disingenuous about its policies. I am reminded of the wonderful words of Mark Twain, “sometimes I wonder if the world is being run by smart people who are putting us on or by imbeciles who really mean it.” 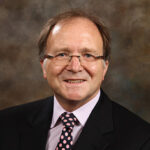 Adrian Day, London born and a graduate of the London School of Economics, heads the eponymous money management firm Adrian Day Asset Management where he manages discretionary accounts in both global and resource areas.  Day is also portfolio manager of the EuroPacific Gold Fund.  His latest book is Investing in Resources: How to Profit from the Outsized Potential and Avoid the Risks (published by Wiley & Sons).

Adrian will be speaking at FreedomFest, “the world’s largest gathering of free minds,” July 13-16 at the Mirage Las Vegas. Come to his sessions
Thursday July 14 at 10:50 as he debates, “Bitcoin or Gold…Which Protects Your Portfolio the Best.”
Friday July 15 at 1:10 as he takes part in a panel: “Inflation Hedge Update” and
Friday July 15 at 3:10, Adrian and Rich Checkan will discuss how to buy gold and gold stocks.
Come visit Adrian Day throughout  the conference in the Exhibit Hall at Booth 323.