Cannapreneur Partners is currently focused on the east coast. Why? 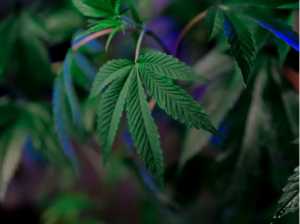 Cannapreneur Partners’ eyes are set on the clear and present cannabis revolution taking place on the East Coast of the country. States such as Massachusetts have shown that the market is hungry for better and affordable access to high-quality, legal cannabis products. 39 states have already legalized cannabis for medicinal use, and 19 states have legalized it recreationally. This shows the tremendous growth potential ahead for the industry, but that’s just the beginning.

As of June 2022, the entire northeast US with the exception of New Hampshire is now legal for adult-use cannabis with only Maine, Massachusetts, and New Jersey having an operating adult-use market. This presents a massive opportunity as both existing markets continue to grow and the newly legal states on the east coast commence operations.

According to a survey conducted by Pew Research Center, 91% of Americans believe that cannabis should be legalized for both medical and/or recreational purposes. It’s not very often you see a survey that shows such a large percentage of the country united under a common value. It’s clear that the rapid and consistent growth of the cannabis industry is not showing any signs of slowing, and we intend to use this momentum to help millions across the coast.

Massachusetts is the first state on the East Coast to get a solid footing in the door of the legal cannabis industry. Since November 2018, the state has sold over $3.6 Billion in combined cannabis sales. And $1.65 billion of that figure, combining both medical and adult-use sales, is from 2021 alone. To put that into perspective, that figure accounts for 45.83% of all sales.

Additionally, since Massachusetts is a “limited license state,” the dispensary rollout has been far slower than in other legal states, resulting in Massachusetts having the highest revenue per location of any state in the US, by a significant margin.

An investment we can all be proud of:

Far from being the “gateway drug” we were all told cannabis was when we were children, cannabis is proving to be an “exit drug” from addictive and potentially dangerous opioids. In April 2022, Cornell University found:

“These results have important implications. The reductions in drug utilization that we find could lead to significant cost savings for state Medicaid programs. The results also indicate an opportunity to reduce the harm that can come with the dangerous side effects associated with some prescription drugs.”

Researchers from the John Hopkins Bloomberg School of Health found that “the annual rate of opioid overdose deaths decreased substantially — by 25 percent on average — following the passage of medical marijuana laws, compared to states that still had banned.”

Cannabis is currently a “Schedule 1” substance, according to the US government. This classification means they are telling us cannabis is more dangerous than Vicodin, Oxycontin, cocaine, and fentanyl, which are “Schedule 2” substances. Those substances will kill over 100,000 people via overdoses in the US this year alone. Cannabis? It has not been linked to any overdose deaths. Cannabis is also the only substance on the list that is illegal in its 100% natural form.

Our track record of success on the east coast: 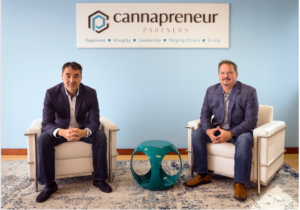 The Cannapreneur Partners team has already founded and participated in a $100M+ cannabis liquidity event. Our founder, Michael Scott, was the founding investor and former chairman of Nature’s Remedy, a vertically integrated cannabis retail and cultivation operation based in Massachusetts. Back in 2017, Scott made a $500k investment to form the company, which resulted in the development of its cultivation, extraction, manufacturing, and dispensary operations.

In September of 2021, Nature’s Remedy and its affiliates were acquired by Jushi Holdings Inc. in a $101.2 Million deal. They received an additional $13.5 million from Trulieve Cannabis, a multistate legal cannabis company, for its licensed recreational dispensary located in Worcester, Massachusetts.

The entire East Coast of the United States, home to over 40% of the US population, is undergoing a sea change. State after state is recognizing both the financial and, more importantly, the societal benefits of legalizing cannabis within their borders. Even “red” states such as Georgia, Virginia, Delaware, Louisiana, Florida, North Carolina, and Alabama have all either legalized/decriminalized or are in the process of doing it currently.

This trend is inescapable and is actually accelerating. Use is reaching and quickening in all demographics, with senior citizens and soccer moms growing the fastest. New products are being introduced daily from beverages, (carbonated and uncarbonated), lotions (for skin and muscles), tinctures, bath and body items, and edibles. The science continues to develop that allows the user to better control the experience, and this leads to a more enjoyable experience and safer consumption.

By the end of 2023, the US will sell more legal cannabis annually (>$36B) than it does OTC medicine (over the counter). This is a stunning number for a fledgling industry and only shows how much growth we still have both in the US and internationally. Currently, nearly 500,000 people in the US are employed by the industry and that number is growing by over 30% annually according to Forbes

Cannabis in the US is here to stay. As of Jan 2022, US states have received over $10B in new tax revenues from the sale of cannabis. It is inconceivable that state legislatures would ever voluntarily forgo this revenue, especially at a time when the US economy is unstable.

Cannapreneur Partners will be bringing its first two dispensaries to market under its “Joint Operations” brand this summer in Rowley and Mendon, Massachusetts. We also own valuable cannabis real estate and are in the process of designing extraction and manufacturing facilities at those locations and have an agreement in place to complete our vertical integration in Massachusetts via acquisition. Outside of Massachusetts, we have investments in Illinois and New Jersey and an agreement in place to partner on an upstate NY cultivation. Our Rowley location will have its Grand Opening Celebration in August and we are excited to welcome our shareholders Kevin Harrington, an original “Shark” on ABC’s Shark Tank, Dewayne Dedmond, center for the Miami Heat the renowned talk show host, and cannabis advocate, Montel Williams.

We will be speaking at FreedomFest, “the world’s largest gathering of free minds,” July 13-16 at the Mirage Las Vegas. Please join us Thursday July 14  for our main stage panel, “Freedom Finds Alternatives” at 9:45 am, and at 2:10 Thursday for our breakout session. And stop by  BOOTH 121 where we would be happy to chat.

Those interested in one-on-one conversation can click this link https://calendly.com/cannapreneurpartners/informational-1x1t-toddcoceo and make an appointment to speak with us before, during, or after FreedomFest.

Previous StoryGun Rights in Troubled Times
Next StoryWHAT DAMAGE WILL THE FED DO NEXT?