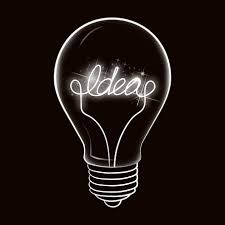 When I was in graduate school in 1993, a colleague confessed gleefully during a class discussion, “When I heard that Ronald Reagan had been shot, I cheered.” Others in class nodded and chuckled in agreement, certain that we all shared the same political views. We were all in academia, right? I felt shocked and offended and said something even more sneering that I won’t repeat here.

I have been a libertarian my entire adult life—ever since meeting a remarkable young economist who explained the free market to me with such light bulb clarity that I promptly married him.

But in 1980 I voted for Republican Ronald Reagan while my husband voted for libertarian Ed Clark. Our votes did not cancel each other out, however, and I am convinced that we both voted for the right person. Hear me out.

In the preceding decade we had experienced the Vietnam War, the impeachment and resignation of a president, double-digit inflation, double-digit interest rates, and price controls that led to shortages of food, gasoline, and many other necessities. I had three young children, and I was afraid for their future. Life as I had known it seemed doomed, obliterated.

I was concerned about home-and-hearth issues, and Reagan offered solutions that made sense to me with that same light bulb clarity. He understood the power of persuasion over force, the invisible hand of the marketplace, and the bad effects inherent in short-term fixes. His long-term perspective gave me confidence that he would enact policies that would be good for my children’s future.

Meanwhile, Mark was more concerned with economic and fiscal policy. He believed that supporting the Libertarian Party candidate would have greater long term benefits.

We both voted for the right person, even though we each voted for a different person. By focusing on what mattered most to us individually (and sharing those concerns), we helped shape policy. Moreover, I’m convinced that either of those candidates could have served honorably as President of the United States. 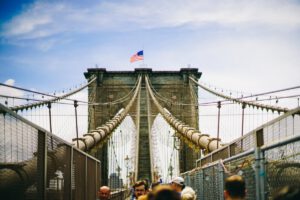 As I see it, we are a huge country comprising millions of individuals trying to hold up a crumbling bridge. If all of us hold up the same section, the rest of the bridge will collapse. As a wise philosopher has said, “Lift where you stand.” We need each other and our different points of view. My biggest concern during the pandemic has been for the lives and livelihoods of those affected by the unprecedented lockdown, and that’s what I mostly write about. That doesn’t mean I don’t care about those who are sick. I’m glad others more qualified than I am are focusing on treatments and preventions. I’m also happy that other experts are focusing on school choice and public policy, arts and technology, environmental issues and business management. Together we are holding up that bridge.

Forty years later, I don’t feel quite as confident that either of our current candidates could serve equally honorably as President of the United States. Both of the major candidates are deeply flawed. Both are self-serving. Both have problems with integrity and honesty. Somehow, both rose to the top of their respective parties. Nevertheless, no matter what happens tonight – or next month, if it takes that long to count the votes – I will accept my new president and will do all I can to influence his policies going forward. Because his success is America’s success, his failure the world’s failure.

I hope that my friends in all philosophical camps will understand the enormity of that statement. For the past four years, our greatest enemy has been ourselves. We have been too angry, too tribal, too divisive, too ready to ostracize and shun. Americans have become the bullies we claim to abhor.

Right now, business owners in all major cities are boarding up their buildings as though for a hurricane, anticipating the onslaught of violence when the election results are announced. This unruly, undemocratic resistance to the rule of law and childish reaction to not getting one’s way must stop.

I did not vote for Donald Trump in 2016. I didn’t like his personality, his business dealings, or his crudeness. I didn’t like the way he mowed down his opponents in the primaries, many of whom I did respect, and picked his opponents off one by one with belittling nicknames and sneering remarks unbecoming of a statesman or a leader.

But when he was elected, I supported him as my president –which he is, like it or not– and wished him well. His success as president would be my success as an American. And while he continued to make gaffes and passed many laws with which I disagreed, I have to admit he was doing a pretty good job of deregulating business, reviving the economy, employing minorities, reducing incarceration, and enacting beneficial reforms before the pandemic shut everything down. I gave him a chance, and he came through in many ways.

Of this I am certain: As a libertarian, my candidate will not be winning the election. But I will do everything in my power to influence the policies of whoever is elected. I will write. I will speak. I will share. I will resist collectivist and socialist policies. But I will not spray paint or throw bottles or steal goods or shout names.

Let’s all give our next president a chance, whoever it may be. Let’s lobby the heck out of him on issues that matter to us. Let’s write letters, post intelligent insights on social media, attend town halls and support better candidates in the future. But let’s not resort to violence or sneering mockery or name calling. Let’s not shout “Not my president” to the world. Because like it or not, unless Jo Jorgensen somehow pulls off the upset of the century, one of them will be your president come January, and his success will be your success, his failure your failure.

Jo Ann Skousen teaches English literature at Chapman University. She is the founding director of the Anthem Libertarian Film Festival and co-producer of FreedomFest, “the world’s largest gathering of free minds.”