Suppose we told you that the space available for freedom is more than twice the size of all the land on earth, and we could make it legally available at the stroke of a pen?

The path forward for liberty is right in front of us, if we just seize it.  Circling the globe at the equator is a band of calm, hurricane-free oceans a thousand miles wide. The Goldilocks Zone for seasteads is just right, and larger than any country.

Look around the room you’re sitting in. Much of the wealth you’re looking at flowed through the Panama Canal, which serves as the central hub of shipping in the Western Hemisphere.  This “Bridge of the World, Heart of the Universe” is where the company Ocean Builders is building seasteads right now in cooperation with the visionary Panama government. 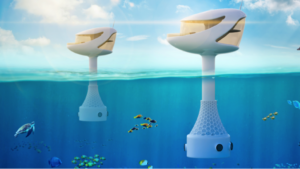 As I write, the largest 3D printer in Latin America is helping produce the first single-family affordable SeaPods.

It’s not a new technology. Floating spars have served the oil and gas industry since the Ford administration when the quaintly named “Apple Computer Company” was founded.

SeaPods will cost less than average American home to build. Ocean Builders are pre-selling these straight to customers. This is your covered wagon for the Blue Frontier.

To jump-start the manufacturing town that will birth the aquatic revolution, Ocean Builders bought a luxury cruise ship, re-named it the MS Satoshi, and began plans to float it in a tax-free maritime concession a short ferry ride from Panama City.

Seasteaders are voting on whether to call it Galt’s Gulf or Bastiat Bay.

The ship will serve as a mixed-use apartment building and mall. If Ocean Builders sell enough cabins to residents and entrepreneurs, it will feature the amenities of a small town. The floating 3D printer will serve as a SeaPod factory providing jobs to residents. Once Ocean Builders establishes a flourishing floating neighborhood, they will build sturdier SeaPods further out at sea, in the suburbs of international waters.

Thus Panama will prosper by initiating the age of seasteading. Why didn’t your country think of that?

There’s no limit to the spar design in principle. In oceans where waves are higher, the Seapod can be built deeper and heavier. The proven spar design is scalable, from the SeaPod to the city.

To understand how the magic of the SeaPod works, try this home experiment. Fill an empty wine bottle with three inches of sand, stick the cork back in, and float it in your tub. The trapped air in the bottle will provide buoyancy, and the sand in the bottom will provide ballast. If you get the weight just right, only the neck will float above the water. You can balance your rubber ducky on the cork.

Now comes the nifty part. Make waves with your hand. You may be surprised to see the bottle remain as fixed as a fence post as the perched rubber ducky smiles at you unperturbed by any motion. No, that’s not because you drank a whole bottle of wine to run this experiment, as I did in this video for the sake of science. It’s because the weight at the bottom of the bottle holds the bottleneck firm in the surface waves.

This engineering trick is why oil rig workers can play pool while floating in the rough North Sea. It will certainly work for SeaPods in calm tropical oceans. In fact the prototype designed by Ocean Builders remained stable in international waters for two months with a libertarian couple living aboard.

The oceans have always been synonymous with freedom in the hearts of great explorers. The Blue Frontier is much safer to settle than the American frontier was, and a luxury cruise ship sure beats a log cabin.

Galt’s Gulf will provide the best school for our children to learn about freedom, personal responsibility, mutual respect, and voluntary relationships. Let them experience adventure and achievement among heroes at Ocean Builders, who are developing the marine engineering in Panama’s welcoming waters.

But why settle for Galt’s Gulf? The nonprofit Seasteading Institute is forging the legal framework so that more than two-thirds of this planet can become Galt’s Globe. 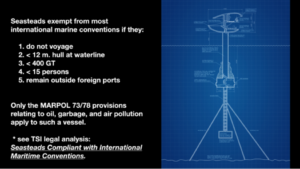 Tom W. Bell, Professor at Chapman University School of Law,and author of Your Next Government? From Nation States to Stateless Nations, has worked diligently to create the legal ecosystem for seasteads to flourish on the high seas.

We need your support to acquire a “flag of convenience” specially made for seasteads. This would not be a flag for a ship, barge, oil platform or any other old technology from previous centuries; this flag would be for a twenty-first century vessel, designed to float for a century at sea, requiring a new legal definition in established international law.

A ship’s “flag of convenience” looks like a regular territorial flag, but it’s a unique legal entity, designed to foster variation in a market of governance options.  Here’s how it works:

Suppose you are captain of a cruise ship in Alaska flying a Panamanian “flag of convenience.” Your tour guide calls for silence as passengers wait breathlessly for a glacier to calve. Suddenly a fistfight breaks out between two drunks who mistook this for a party cruise. In the mayhem, a lady celebrating her ninetieth birthday collapses and isn’t breathing. If you call 911 to reach Panama’s emergency services, you’ll experience a loooong wait time.

As captain of the ship, you are the governance service provider. So much power and freedom comes with awesome responsibility. You are contractually obligated to race the birthday girl to your onboard hospital and lock the drunkards in the brig. If matters get worse, your medical team must rev up the helicopter, and your security team better fire up the taser. Several insurance companies and lawyers from multiple jurisdictions will require detailed reports.

Note your incentive to provide governance services with such excellence that it will make Panama proud– and content. If you flog the miscreants and bury grandma at sea, your cruise line will have a lot of explaining to do when it’s time to renew your Panama flagging license.  Sure, I want to be a tin-pot dictator as much as the next guy—don’t we all?–  but a “flag of convenience” will keep seasteaders honest.

As long as your seastead flies a “flag of convenience,” you have legal standing as a legitimate vessel at sea, while at the same time shouldering a significant amount of the responsibility for self-governance. That’s exactly what we want, right?

Flying the Flag of Freedom 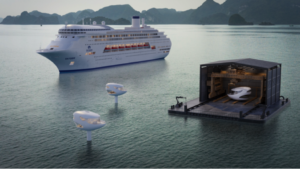 Once the Seasteading Institute signs a contract with a respectable flagging registry, most of the earth’s surface will become open to free, private, floating startup societies– personal governments to match our personal computers— setting examples of freedom that will improve land-based governments as significantly as North American federalism improved the Old World.

A flag specialized for seasteads will be a public good, to be used by any seastead company, in any ocean. That means the nonprofit Seasteading Institute, of which I am president, must provide it.

Our goal is to establish a flag not just for vacationers on a cruise ship, but for residents and businesses on a seastead.

We are negotiating with several flagging registries around the world. Countries typically contract out their flagging services to private companies. For instance, when I talk to the Palau International Shipping Registry, I speak to Greeks. When I’m exploring possibilities with The Bahamas Maritime Authority, I’m talking to New Yorkers.

The Bahamas flagging registry already flags the MS The World, a cruise ship famous for selling condos for permanent residents, not vacationers. The next step is flagging rules for permanent residents on SeaPods, which will be much less expensive than homes on ships. They will also be environmentally restorative. If we can beat ship condos on cost and environmental sustainability, what’s to stop seasteading from growing?

The collapse of shipping has put us in a strong negotiating position. With a stroke of a pen on a contract with a flagging registry, we could more than triple the settling space on this planet. How much is two thirds of this planet’s surface worth?

The Seasteading Institute needs the financial support of pioneers who understand that seasteading is the immediate, practical, exciting future of freedom.

Freedom is an awesome responsibility, so we need to do this safely. Certifying, insuring, and flagging the architectural design will cost seven figures.  Once that is achieved, companies can sell Seapods to families and businesses to float in international waters for six figures. That’s comparable to an American house.

Consider all the land on earth. Millions of lives were lost as it was seized by force. A seastead flag will more than double that space as a canvas to explore with the first voluntary societies.

If freedom truly proves itself to work better for prosperity, seasteads will be cashflow positive. Lots of flagging registries will compete to offer a diversity of rules to a variety of competing seastead companies. If seasteads become as popular as cruise ships, they may gain standing to be recognized as unique startup societies. My seastead lawyer friends are eager to argue that case in the courts of international law.

What about hurricanes, tsunamis and rogue waves? What about pollution, pirates, and poop?  Remember the same maritime industries that serve tens of thousands of ships, oil platforms, and “floatels” on the sea will serve seasteads. You can watch this short video for answers to the top 26 Tough Questions Answered about Seasteading. 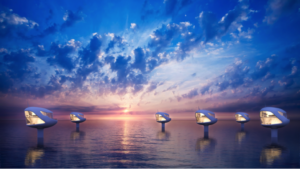 The ghosts of American pioneers who founded new societies that freed the world are watching us right now. Do we have the courage to stop arguing and start creating? Voting won’t prove our point like floating.

I look forward to showing you the complete vision for seasteading in the decade ahead at FreedomFest 2021. 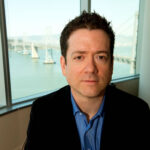 Joe Quirk is President of The Seasteading Institute and co-founder of Blue Frontiers. He is also a science writer, novelist, and memoir ghostwriter, with a national bestseller in each category. He is co-author with Patri Friedman of Seasteading, an Amazon bestseller in the category of marine engineering. Joe leads a team of lawyers, engineers, business leaders, artists, and investors to establish the first floating community with unprecedented political autonomy in the waters of a host nation. He will be  speaking at FreedomFest July 21-24, 2021, at  the Rushmore Civic Center in Rapid City, South Dakota.

Previous Story#Yes, America’s President — Like it or Not
Next StoryLoss Of Freedoms In Hong Kong–and Where to Find Them