Imagine if in the aftermath of a plane crash, competing airlines used the tragedy as an opportunity to undercut the airline involved in the accident. They run TV ads suggesting the airline’s incompetence led to the crash. Instead of touting what makes them a superior airline, they resort to smears.

Such a thing would never happen. Slimy marketing tactics would most likely produce backlash among consumers. Even worse, consumers might lose faith in the safety record of flying in general. Instead, it’d be in the airline industry’s best interests to reinforce how safe flying actually is, regardless of whose logo dons the livery.

Yet these kinds of slimy marketing ploys are what American voters confront every election cycle, when candidates attempt to win support by telling you why their opponent doesn’t deserve it. Rather than promoting their own plans for when they get in office, candidates attempt to undermine their opponent’s credibility through personal attacks. No wonder voters aren’t flocking to the voting booth! In order to preserve our sanity, it’s easier to  tune-out politics altogether.

Unlike airlines and other industries, America’s political marketplace is dominated by two competitors who’ve effectively walled themselves off from any meaningful competition— both from within and outside of their party. As a result, they merely need to be a hair better than the opposing party, rather than produce ideas truly in the best interest of voters.

This runs contrary to the vision the Founders had when they replaced the ineffectual rule of a distant monarch with the concept of self-government—a structure where power began with the individual and was ceded reluctantly after meaningful and honest deliberations. They viewed a healthy marketplace of ideas as essential for such a system to function, where those seeking to govern had to compete for consent of the governed.

Through myriad regulations, political elites have insulated themselves from such competition and built a market where special interests are given preference over the will of the voters.

In short, the marketplace of ideas is broken. While the problems behind this are many, one simple change can fix it.

How we got here 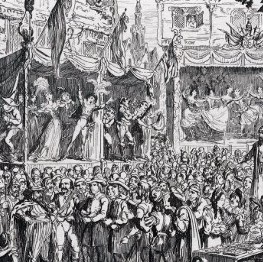 While the earliest Americans removed the King of England, they kept his voting system. America is one of a handful of democracies (most former British colonies) that use an electoral system known as “first-past-the-post”.

In first-past-the-post systems, the winner is the person who wins the plurality of voters—or at least one more vote than second place. Rather than encouraging competition for voters, first past the post encourages candidates to seek the support of small factions of the electorate to get that one more vote.

This frequently results in elections where candidates fail to receive a majority of support among the voters they serve. America’s republican institutions, three branches of power—two chambers of the legislature, the supreme court, the presidency—and a federal system with powers given to the states, are uniquely great in protecting individual rights over the tyranny of the majority. Preventing mob rule through checks and balances is all well and good, however, the power distortions created by first-past-the-post that allow the will of the majority to be circumvented altogether are uniquely terrible.

At the congressional level, first-past-the-post makes it far too easy to game the system in favor of one party or another. Politicians in power can draw districts favorable to their own party. or make it harder or easier for different groups of voters to participate. But another huge impact that is rarely talked about is that the math of pick-one, plurality voting means it’s near impossible for a third party to garner enough momentum to pick off the other two. This leads voters to feel like they must choose between the lesser of two evils, as opposed to the one whose platform is best for the constituents.

The primary system adds to this effect, by making it easy for party insiders to control the nomination process. This means that even those who might attempt to reform the system could face retribution should they lose their bid for nomination.

In addition, open seats often involve crowded primary fields, where party nominees often win with support only in the 20-30% range. Party operatives can sometimes stage-manage these fields to orchestrate an outcome, and they don’t need to create a broad coalition to win. With the vast majority of seats in Congress being safely in the hands of one party, the primary often takes the place of the general election, effectively giving office to the candidate who was unable to garner significant support from within their own party.

In real terms, this means a subversion of the democratic process. A report done by Unite America last year showed that 83% of congressional races were determined by only 10% of the voters. 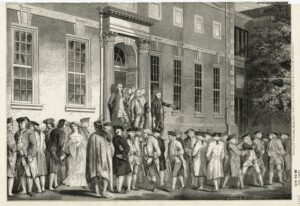 The problems with first-past-the-post are many, as are the reforms. Nonpartisan redistricting commissions, equal access to airtime, and campaign finance reforms have been touted, but on the off-chance those reforms are implemented, they are often written by the very people they’re intended to regulate.

Eliminating first-past-the-post is easy and has already been done in states and municipalities around the country.

With ranked choice (a.k.a. instant runoff) voting, voters rank their candidates in order of preference. The votes for the last place candidate are reallocated to the remaining candidates until one receives over 50% of the vote, meaning voters can rest assured their vote will go to the candidate they like the most, as opposed to the one they dislike the least. Now voters are free to support the best and brightest who have the most to offer, opening our politics to real competition.

This has already proven to change the behavior of candidates in recent elections. In New York City’s upcoming mayoral primary, candidates have lamented that ranked choice voting has required them to (gasp) campaign to ALL of the voters they’re looking to serve. With RCV, you can’t win any longer by turning out a relatively small coalition of special interests that will get you that one additional vote needed to win. You have to listen to the problems the broad majority of voters want solved and persuade them that you have the best solutions.

Ranked choice voting’s ability to neuter the effect of special interests was demonstrated at the highest levels in Maine this past year, where Susan Collins defended her seat against a candidate backed by over $100 million in outside spending by the Democratic Party supporters. More notable, Collins was up against an independent conservative candidate who could have tilted the balance of the election against her in a winner-take-all-scenario.

Most importantly, ranked choice voting negates the culture of fear that first-past-the-post creates. Our current electoral system only requires a candidate to be a better option than second place, which incentivizes demonizing the opposition and discouraging those who might vote for your opponent from turning out.

With ranked choice voting, multiple candidates compete in any election – primary or general – for the same large pool of voters, rather than smaller factions of them. Negative campaigning against a candidate will, at best, put that candidate to the bottom of the list, but not put you first. This makes candidates more likely to campaign on why they are the best choice, rather than why their opponent isn’t.

This effect has been consistently supported by research comparing cities in the US that have adopted RCV versus those using first-past-the-post.

Much as we couldn’t get better products and services if businesses were allowed to engage in noncompetitive practices, we can’t get better candidates when a political class can stack the deck. The innovations of our age offer so many opportunities, it would be tragic if we continue to allow a political duopoly to prevent those opportunities from being realized. 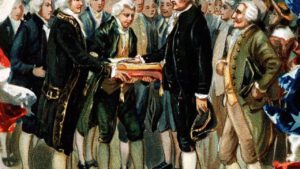 Just as Americans defanged and dethroned the crown on our soil, we must now remove the privileges of political royalty from distorting how we rule ourselves. Ranked choice voting exposes candidates to greater competitive forces, leaving the best ideas to rise from the bottom up.

Learn more at FreedomFest 2021 at Adam Friedman’s talk, “Freedom at the Ballot Box: A Primer on Ranked Choice Voting” on Friday, July 23