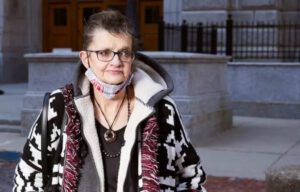 “I still can’t believe this happened to me,” says Deborah Foss, a 67-year-old grandmother in Massachusetts. Last winter, Deborah lost her home and was forced to move into her car after she fell behind on her property taxes. Her home was worth more than she owed the government, but unbelievably, she lost it all.

That’s because Deborah is a victim of home equity theft, the biggest government scandal nobody talks about.

Here’s how it works: If you’re late on your property taxes—or even if you just accidentally underpay them by $8, as happened to one Pacific Legal Foundation client—your local government can foreclose on your home and sell it out from under you.

That’s outrageous enough. But in most states, there’s some small consolation: The government can’t take more from you than you owe. If the government seizes your home and sells it for $200,000, and your property tax debt (including interest and fees) is only $5,000, the government must return $195,000 to you. That’s your home equity, and it’s rightfully yours.

In the 11 states that still allow home equity theft, however, the government can pocket everything.

The government can even transfer your home to a private investment firm, as happened in Deborah’s case, allowing investors to make a tidy profit while you’re left with nothing.

“I understand the government trying to settle debts that I owe, but giving away my home and all the money I held in it is cruel and wrong,” Deborah says. “It shouldn’t be allowed to happen here or anywhere else.”

Home equity theft destroys lives, bankrupts families, and outrages judges. Deborah isn’t the only recent victim of this government racket. Here are a few other horror stories from Pacific Legal Foundation clients who are fighting the unconstitutional practice of home equity theft:

To follow these and more stories from people who are battling home equity theft, sign up here.