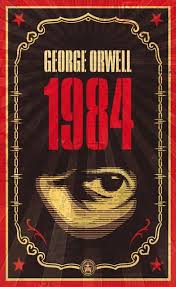 In George Orwell’s 1984, citizens are subjected to the “Two Minutes Hate” — a daily stream of new things they’re supposed to be outraged about. We’re experiencing that same outrage today–two minutes (or two paragraphs, or two sentences, or 144 characters and a meme) of outrage over the most recent misstep. And a growing element of society responds to these reactionary incidents not through discussion and inquiry, but with suppression.

Cancel Culture, as it’s known, is an extremely toxic trend that tackles controversy through intentional ignorance — a desire to discard ideas altogether if they are deemed politically incorrect, antiquated, or disapproved by the thought controllers.

Gina Carano, J.K. Rowling, and even Chris Harrison, longtime host of “The Bachelor” are notable recent examples… then of course there’s Aunt Jemima, the Land O’ Lakes woman, Mr. Potato Head, Dr. Seuss and more. Where will this trend end? Who’s next? How do we stop this?

Woke-ism is infecting the body politic, and children are not immune to the disease. How can we inoculate them against this viral mental infection? 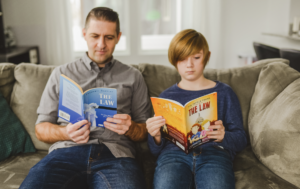 Let me pose this in a different way: when it came time to teach your child about the “birds and the bees,” would you have preferred they learned about anatomy, reproduction, and sexual intimacy from social media? Is the Hollywood approach to this topic something you would want your children taking as truth?

Clearly not. Many parents want to communicate these sensitive topics in an appropriate way. They often will select a book that helps them talk about these ideas in a way that makes sense to children, giving them the basics without exposing them to the crazy ideas and attitudes circulating in society at large.

For the religious folk, would you want your children conceptualizing God from the ideas they randomly find on the Internet or at school? As one pastor said, “We cannot continue to send our children to Caesar for their education and be surprised when they come home as Romans.”

Parents who care about transmitting certain values to their children need to be intentional about it, since the world is full of people who prefer to propagandize your child to believe ideas completely contrary to yours.

In other words, the woke mob is eager to reach the rising generation. Socialism is increasingly popular among young people. And that’s a trend worth fighting against.

That’s why we created the Tuttle Twins books — to provide parents a way to teach their children the ideas and values of a free society. Schools and the media are awful when it comes to teaching economic truths, accurate history, and the principles upon which America was founded. So parents have to take it upon themselves to fulfill this role and communicate these ideas to their children.

That’s hard to do for adults who might feel that they don’t communicate these ideas as well as they would like to on their own, which is why the Tuttle Twins books are so effective. Parents don’t need to have any prior teaching skill. In fact, they can read alongside their children and introduce them to ideas through storytelling. 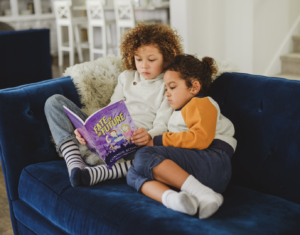 Each book is a lively and entertaining read on its own. And at the end of each book we provide discussion questions and more information to help kids (and their parents) learn about all the ideas we teach—entrepreneurship, free markets, property rights, individualism, sound money, and much, much more.

It’s reasonable to expect that Cancel Culture will continue, and kids today will be easily swept up in woke-ism if they don’t have a solid understanding of ideas like free speech, critical thinking, and more. Our mission with the Tuttle Twins is to make sure millions of children are able to reject these trends and champion the ideas of freedom.

If our email inbox is any indication, it’s working — countless parents have shared stories with us about how well their kids understand the basics of free market economics and civics because of our books. (Dare we say that these kids understand such things better than most of Congress?)

But we recognize that we are a very small influence for now, compared to the combined efforts of mainstream media, Hollywood, the government, schools, textbook and curriculum companies, and more. Thought controllers throughout history have long recognized the importance of propagandizing the youth, to secure the future they want.

So we need your help. We need everyone to learn about — and buy and read — the Tuttle Twins books. We need to spread more knowledge about free markets, free speech, limited government, individual rights, and more. The establishment isn’t doing it, so it’s up to us.

Orwell’s 1984 was meant to be a warning, not an instruction manual. Yet that is what it seems to have become in the 21st century. Let’s talk to our kids about these important ideas so that they can better resist the crazy forces conspiring to influence them in the years ahead. 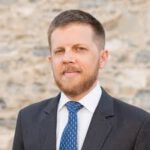 Connor Boyack is president of Libertas Institute and author of 28 books, including the Tuttle Twins children’s book series. He will be speaking at FreedomFest July 21-14 at the Rushmore Civic Center in Rapid City, South Dakota. Student rates are available.