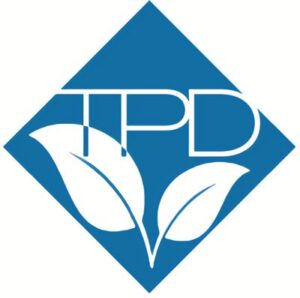 Brad Klontz, Ph.D., one of the founders of the study of financial psychology found four clusters of beliefs he calls Money Scripts®. Money Scripts® refers to our unconscious beliefs about money that guide our current behavior around saving, spending, and investing. We adopt Money Scripts® in childhood based on what we hear from our parents, relatives, and other adults as well as what we experience in the economic era in which we grow up. They are often only half truths, but with the mind of a child who cannot yet think critically, we unquestioningly accept them as factual. These unexamined core beliefs are sometimes the foundation upon which we make financial decisions. Klontz’s research using Money Scripts® found specific scripts to be associated with annual income and net worth (or lack of income and net worth).

Klontz has created a short assessment that describes four clusters of core money beliefs: A) Money Avoidance, B) Money Focus, C) Money Status, and D) Money Vigilance. His assessment is only a snapshot in time, and we all have adopted beliefs from each cluster, but one or two of the clusters are usually more dominant. The good news is that once discovered and examined, there are exercises and activities that we can use to reduce the influence of beliefs that we decide are no longer useful. Taking the brief Klontz Money Scripts® Inventory and reviewing its recommendations (available at FreedomFest, booth # TBD) is a good way to begin understanding and addressing how your personal money beliefs may encourage or sabotage your financial success.

Money Avoidance: Those who score high on Money Avoidance may see money as “bad” or think of wealthy people as greedy or corrupt. Living with as little money as possible may be seen as virtuous. Their negative ideas about wealth and possessing money may sabotage their financial success. For example, they may ignore financial issues and budgeting, spend to enable unhealthy behaviors, or overspend as unconscious attempts to minimize how much money they possess. Often thoroughly altruistic, people with the highest scores in Money Avoidance are often drawn to lower paying professions such as social work or teaching whereas people in business or financial advising often score lower on Money Avoidance.

Money Status: In contrast to avoiding money, people scoring high on Money Status often equate self-worth with net worth. They may enjoy outward displays of wealth and tailor their purchases toward the newest and best products on the market. Those scoring highest likely view what they wear, drive, and own as a reflection of who they are. They may also be quite generous with their friends. Impressing others with their possessions and striving to “keep up with the Joneses” may be high priorities. Paradoxically, high scores on Money Status are associated with lower income and net worth as well as overspending. Buying the material trappings of success may be a higher priority than saving or owning appreciating assets.

Money Focus: Those scoring high on Money Focus may or may not want to impress others but tend to privately think that having money is the key to happiness. They have an extreme focus on the belief that money itself will bring them power, happiness, and freedom. They tend to think that more money will solve all their problems and that one can never have enough money. Prone to buying things to achieve happiness, they may unfortunately carry significant credit card debt and have a lower net worth.

Money Vigilance: Finally, people scoring high on Money Vigilance are very attentive to personal financial issues. They believe in the importance of saving money for a rainy day and often see frugality as an important virtue. They are less likely to carry significant credit card debt and will strive to make sure they have sufficient money to meet their debts and lifestyle needs. Not surprisingly, this cluster of money beliefs is associated with higher income and net worth. The primary drawback to this money script is the possibility of anxiety or excessive wariness that can interfere with people fully enjoying their money and relationships.

Each of these Money Scripts® is like a cognitive filter through which we view the world and will result in different emotions and behavior. The recent stock market turbulence, for example, may be perceived as a good thing by someone who sees the world through a Money Avoidance script. They may think “wealthy people lose their money, hooray!” Whereas a person with a strong Money Status script may be more panicked or depressed as they watch their portfolio decline. Thinking “I’m nothing without money” they might sell at the bottom to try to salvage at least a portion of their diminished assets/self-esteem. Those with a strong dose of Money Vigilance (likely many FreedomFest attendees) may redouble their attentiveness and research efforts. They might think “If I watch closely enough, I can beat this” and they may resort to inappropriate trading strategies hoping to offset paper losses.

The Money Scripts® Inventory has been shown in the social science literature to be useful for increasing individual self-knowledge, but field experience suggests one of its most potentially rewarding uses might be with couples. Money conflicts between couples can take on a less accusatory tone when couched in terms of subconscious beliefs adopted in childhood rather than who is right and who is wrong. Initially, “opposites may attract” but different preferences about spending and saving can drastically interfere with that attraction.

Benjamin Franklin once said, “An investment in knowledge pays the best interest.” I believe this especially applies to an investment in self-knowledge around your subconscious money beliefs. It will help pinpoint your strengths as well as where you are prone to make mistakes. This will make it easier to learn from mistakes, rather than repeat them, and to better manage your saving, spending, and investing.

Jeff Crawford, Ph.D.
Turning Point Development
The Emotional Side of Money
Dr. Crawford will be speaking at FreedomFest, “the world’s largest gathering of free minds,” at the Mirage Las Vegas Resort July 13-16.

Previous StoryIndependent Voters are Alive and Well — and Angrier than Ever
Next StoryParkinson’s Disease: First-In-Human Clinical Studies with a Novel Therapeutic for Brain Disorders