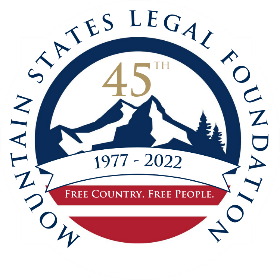 2022 has been a notably violent and chaotic year.

Shortly after the tragedies in Buffalo and Uvalde, we’re now learning details about a would-be assassin targeting Justice Kavanaugh, while voters have recalled San Francisco’s District Attorney amid surging crime and public safety concerns. Meanwhile, the first weekend in June saw further shootings in Philadelphia and Chattanooga, raising questions about what kind of summer our cities are in for.

And of course, these stories haven’t been limited to the United States, with the ongoing war in Ukraine.

Predictably, there are constant calls for more gun control, as if the government could save us from this upheaval by leaving us defenseless.

Even outside the usual Leftist circles, some politicians and pundits are inclined to compromise on guns. Other liberty-minded individuals are simply backfooted, unsure how to respond when they’re accused (however baselessly) of “caring more about guns than children.”

But we must refuse to be put on the defensive. Amid all this chaos and controversy, I’m proud to be fighting for gun rights—and the right to self-defense—through Mountain States Legal Foundation’s Center to Keep and Bear Arms. 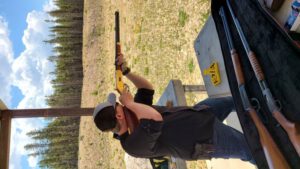 In dangerous times, it’s all the more crucial to be able to defend our lives and the lives of our loved ones.  As the threat of criminal violence increases, we should be even bolder in speaking out for the natural right of peaceable individuals to possess and carry the arms they deem necessary.

We should be proud to reject the utopian and ultimately tyrannical dreams of the gun controllers, whose proposals are both immoral and unworkable.

Their “gun free zones” make every classroom and its children an easy target, while their endless bureaucratic restrictions give criminals the upper hand.

Unwilling to discuss individual rights on a serious level, many of our opponents consistently resort to disgusting personal attacks. Reason is not on their side, so rage must fill the vacuum.

But this is absolutely not the moment to go quiet on this issue, as if the current gun control panic would eventually blow over.

Let’s be clear: anti-gun activists’ furor will never just blow over, because we are dealing with people who completely reject individual self-defense rights and their constitutional protection.  The anti-gun endgame is the disarmament of ordinary people.

There is no question of playing a waiting game with these people. We have to fight back against the disarmament agenda by every peaceful and legitimate means. We need to do this especially when the media and politicians line up against us and attempt to shout us down.

For all their manipulative appeals, principle remains on our side. Self-defense is your natural right—and self-defense works. Just a few days after Uvalde, a mass shooting was heroically stopped by an armed woman in West Virginia. Life-saving defensive gun use is an everyday fact in countless instances.

I helped found Mountain States Legal Foundation’s Center to Keep and Bear Arms (CKBA) in late 2020, not just to defend gun rights in court but to advance and promote the individual exercise of those rights.

Within the broad and expanding gun rights movement, we are the nation’s only in-house, litigation-only Second Amendment operation—pursuing targeted litigation to drive long-term change in favor of natural rights and their constitutional protection. We take a principled stand on gun rights as an essential part of individual liberty and a necessary check on tyranny.

CKBA recently filed a lawsuit against the state of Washington, representing a group of plaintiffs who are challenging the state’s ban on standard capacity magazines. We’ve also opposed—and will continue to oppose—the Biden administration’s attempts to expand ATF power and illegitimately regulate privately made firearms (which predate the American Founding, and are critical for individuals’ self-sufficiency).

We’ve also filed numerous amicus briefs in the Supreme Court and other federal courts, where the proper application of the Heller and McDonald decisions is long overdue—though we may see it very soon in New York State Rifle & Pistol Association v. Bruen.

At this year’s FreedomFest, I’ll be discussing the Supreme Court’s handling of our individual rights—including gun rights—alongside Randy Barnett and Anastasia Boden. It’s always an honor to offer my thoughts, especially alongside colleagues of this caliber.

I hope this year’s FreedomFest inspires the liberty movement to advocate boldly for our principles, especially in the face of the current anti-gun panic.

Our country, and the entire world, must hear the truth about self-defense rights and the immense good of guns in society.

With the violence in the streets that began in 2020, and which continue even now, many people feel helpless and hopeless. They see that government can’t deliver on its promises to keep us safe. But we don’t need to depend on the government. Liberty-minded people can offer a better way, empowering individuals to help themselves and one another.

By all means, let’s keep guns in that conversation—no matter which way the political winds are blowing. 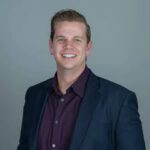 Cody J. Wisniewski (@TheWizardofLawz) is the director of Mountain States Legal Foundation’s Center to Keep and Bear Arms. He primarily focuses on Second Amendment issues but is happy so long as he is reminding the government of its enumerated powers and constitutional restrictions. He will be speaking at FreedomFest, “the world’s largest gathering of free minds” July 13-16 at the Mirage Las Vegas Hotel.

To learn more about the Center to Keep and Bear Arms’ work and support their fight for your natural right to self-defense—from both man and tyranny—visit www.mslegal.org/2A and donate today!

Previous StoryMore Christians Need to be Libertarian, and We Know How to Convince Them
Next StoryThe East Coast Expansion Accelerates and Brands Emerge