I have a confession to make. I am in love.

Is this romantic love that I’m in? Well, yes, but that’s not what we are going to talk about today. Today, the “love” I want to talk about is the love I have for conversation, my love of exchanging ideas, and my love of persuading someone that what I think to be correct is a point of view that they might also want to consider.

Now, first off, notice how I said that I am love with conversation, and not with argument. Yes, from a formal education perspective I’ve been trained to analyze complex arguments. I spent my undergraduate years at UCLA honing this skill while earning my BA in Philosophy. But argument in the adversarial, confrontational sense is not what I love.

What I love is a conversation where both parties can exchange even diametrically opposed views and still come out of the experience with a richer understanding of the opposing side, and perhaps a greater understanding of the strengths and flaws of their own side. And while this can be difficult at times, it also can be a profoundly rewarding experience.

Yet as my father often told me, when you engage in any difficult pursuit in life, you want to, “Make sure the juice is worth the squeeze.” That was his way of saying that if you engage in any pursuit or any exchange, you should first consider whether it’s worth your time and effort.

Unfortunately, in our ultra-polarized political and social milieu, it has become increasingly difficult to come to the conclusion that the juice is worth the squeeze. That’s not only true of opposing sides in an issue, but often from people who are mostly of similar opinion on many topics.

I’ll relate two personal experiences here to give you an idea of when the juice is not worth the squeeze, and when it is worth it.

Very recently, I attended a gathering of libertarian/free-market types. This event had two very prominent speakers, and they conducted an excellent Q&A session after interesting presentations. One of the questions, was, however, incredibly disturbing.

A woman had asked a question about the pandemic and the lockdowns, a question which contained in it a very negative assessment of Dr. Anthony Fauci, and how he has handled the public communication on COVID-19 for the past year. Then she ended her question by asking the speakers the following: “So, who is worse, Dr. Fauci or Dr. Mengele?”

The room sort of gasped, and rightly so. And to their credit, the speakers pivoted, basically brushing the comment aside as that of a disturbed person who equated one of the world’s leading experts on immunology and infectious diseases, and a man credited with basically conquering the AIDS epidemic, with one of the most despicable characters in human history, a Nazi doctor who performed medical experiments at the Auschwitz death camps.

Later that evening, I was engaged in a great conversation with several people, and this same woman rudely interrupted our conversation to start talking about her agenda. I couldn’t help but address her with my assessment of her sickening question, asking her if she really believed that Dr. Fauci and Dr. Mengele were similar. Her answer (prepare to be stunned): “Dr. Fauci is worse, at least Dr. Mengele didn’t kill anyone.”

I immediately knew that conversing with this woman was an example of the juice not being worth the squeeze, because what do you say to someone who is this ignorant and this confused? Does she not know that Dr. Mengele was called the “Angel of Death?” A person such as this is not subject to rational discourse, and she proved it with basically every word she uttered. My advice is to not waste your time with these sorts. The juice ain’t worth the squeeze.

On the opposite, and much more hopeful, end of the spectrum was an interaction I recently had with a neighbor of mine. This man was a self-proclaimed political progressive who is proudly in the Bernie Sanders wing of the Democratic party.

He and I were talking politics during a weekend barbecue at a nearby ranch, and I told him that while I disagreed with Sen. Sanders on policy, I understood why his views had such strong appeal. In fact, I even referred my neighbor to my Feb. 20, 2020, article on the subject.

I explained that the reason why I thought Sanders is so appealing to so many is because he doesn’t just talk about policy, he talks about policy in moral terms. Policy isn’t just about what works or what maximizes the social welfare. Policy, according to Sanders, is about what’s morally right and wrong.

This Sanders supporter admitted that he never thought of it that way, and that he agreed with me upon reflection. From there, I was able to talk about this issue in moral terms, explaining to him that I thought it was immoral for government to punish the highest achievers in our society and to redistribute their achievement to others by force (i.e., taxation).

My moral assessment of that premise is that it is theft, and prohibition against theft is a moral principle that every society in history has abided by. I further explained that what I would like to see is a politician arguing in favor of capitalism — not just on utilitarian grounds, but also on moral grounds.

Those grounds are that capitalism is the only economic system that supports individual rights, property rights and freedom from force and coercion, either by other individuals or by a collection of individuals known as government.

The result of this exchange was that my neighbor learned more about his own position, and why he held it. Moreover, he learned much more about my position, and why I held it. And not just in some tribal, red state vs. blue state paradigm. Rather, I was talking to this man about moral principles, and how they operate in politics.

We both came away from our discussion gratified, and in this case, the juice was definitely worth the squeeze.

If it’s not, then find a squeeze that is worthy of your life.

In the name of the best within us, 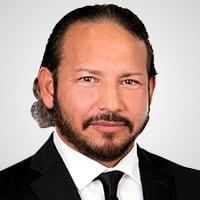 Jim Woods is the editor of Successful Investing, Intelligence Report and Bullseye Stock Trader. You can learn more about Jim, and his role as a renaissance man and much more at www.JimWoodsInvesting.com.

Previous StoryOn the Road Again–You Come Too!
Next StoryVascular Deterioration in Our Brains as We Age: Can These Changes Be Treated?