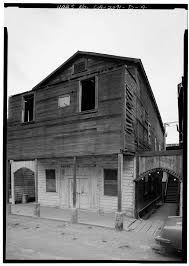 This year’s FreedomFest will take place minutes from the famous Wild West town of Deadwood, South Dakota. Home to legends like Calamity Jane and Alice Ivers, Deadwood was a bustling town with numerous brothels and sex workers from 1876 – 1980, when state and federal authorities shuttered the industry.

Americans who were employed as sex workers and those who purchased sex in Deadwood supported the local economy and many philanthropic endeavors. Now that prostitution is outlawed in South Dakota – as it is in most of the rest of the United States – sex work has been pushed underground, where it is more dangerous for providers and clients and it is harder to distinguish voluntary participation from exploitation.

The various forms of human suffering caused by criminalizing consensual adult sex work are numerous and severe. Decriminalize Sex Work (DSW) is a nonprofit national advocacy organization working to roll back and ultimately stop this ongoing damage. Our mission is to end the prohibition of consensual adult prostitution and to improve policies relating to all forms of sex work.

DSW is pleased to participate in FreedomFest because we know that patrons of this conference understand that consenting adults should be allowed to do what they want with their own bodies without government interference. While we assume most readers of this forum already get it, let’s lay out some of the most salient reasons that sex work should be decriminalized and what DSW is actively doing to reform bad laws. 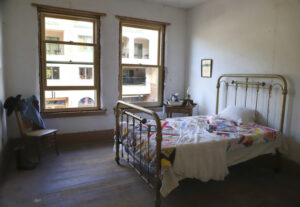 DECRIMINALIZATION: Our ultimate policy goal is “decriminalization,” which would mean that consensual adult prostitution could occur in private residences, hotel rooms, and brothels without legal penalties. This is different from legalization, which would imply government oversight, regulations, and likely special taxing of sex workers and their clients. We believe that the state should not control the choices of consenting adults; however, we also think that after prostitution is decriminalized, municipalities should have the opportunity to create legal and regulated brothels if they wish to support such an industry.

Some top reasons that defenders of liberty should support decriminalization:

Here is a sampling of DSW’s activities. Since 2019 DSW:

* FEDERAL LAWSUIT: drafted a multi-organizational amicus brief, spearheading the challenge of the 2018 federal law known as “SESTA-FOSTA,” which criminalizes web-site providers that permit or fail to detect adult match-making that involves money.

*NEW YORK: actively participated in the repeal of New York’s Loitering for the Purposes of Prostitution Act, aka the “Walking While Trans Ban,” which was repealed by the legislature and signed into law by New York’s Governor Cuomo on Feb 2, 2020.

*NEW YORK: is lobbying to expand Good Samaritan laws for sex workers and vacatur for victims of human trafficking regarding crimes they were coerced to commit as a result of their exploitation.

*NEW YORK: is lobbying to end the possession of condoms as evidence of prostitution, which would greatly increase public health.

*RHODE ISLAND: is lobbying for a study commission to investigate the efficacy of the state’s prostitution-related laws.

*RHODE ISLAND: is lobbying for Good Samaritan (also known as immunity) laws similar to that passed in New York above, and for medical privacy similar to that in New Hampshire above.

*NEVADA: is working with a coalition to prevent the creation of new detrimental laws this legislative session and is supporting a safe harbor law for victims of human trafficking. 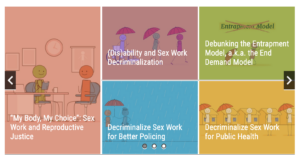 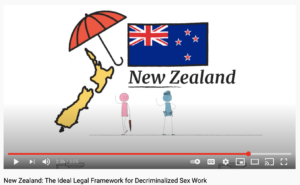 In the next ten years, with the financial support of our generous donors, DSW will lead the charge to end the prohibition of prostitution across the United States and to once again allow the consenting adults of Deadwood and elsewhere to make personal choices without law enforcement interference.

We invite FreedomFest attendees to learn more about the history of Deadwood’s Brothels and our plans to decriminalize sex work across the nation at our presentation in Rapid City. We look forward to meeting you there.

Previous StoryThe Greatest Economist Who Ever Lived: And the Winner Is…
Next StoryCrisis in the Making: The Convergence of Communism and Secularism in the Assault Against Judeo-Christian Values