“Remember, democracy never lasts long. It soon wastes, exhausts, and murders itself. There never was a democracy yet that did not commit suicide.” – John Adams 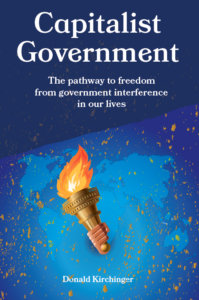 Being in complete agreement with John Adams, I’ve spent decades researching the fallibilities of democracy – and most importantly, the core causes of its inevitable demise in every society in which it has ever been instituted. All roads lead to one overriding consistency – in a democracy, the politicians (i.e., those vying for power or dedicated to retaining their power) hold onto their power and win elections by offering their electorate something for nothing.

Since the Roman Empire, the politicians who offer the most from the treasury normally win the election. This occurs in every country in the world that claims to be a democracy. But the “something” that is being offered costs a lot more than nothing. So, the only way for the democratic government to cover the costs of its promises is to spend more than it takes in.

“A democracy cannot exist as a permanent form of government. It can only exist until the voters discover that they can vote themselves money from the Public Treasury, with the result that a democracy always collapses over loose fiscal policy, always followed by a dictatorship.” – Alexander Tytler

In effect, a democracy’s vitality and lifespan are directly related to its ability to maintain its fiscal standards. The best means for doing this has always been to ensure their currency is of the highest quality and value. Note, the operative word is “currency,” not money. Money stores intrinsic value within itself. Currency is something used as money; fiat currency possesses buying power bestowed upon it by a government. Relying solely on its money, instead of sound currency, is the point at which a government begins to depart from a tightly managed fiscal policy.

Throughout the history of civilization, up until today, gold is the only money that assures long-term stable value. Gold as money has the highest moral value because it is true unto itself, and it is not corruptible. When the money/currency a government uses is measured and backed by gold, its fiscal policy is intact, prices remain stable, and inflation is kept in check.

So, why would a government “release” its currency from the gold standard? The answer is simple – to print more money so they can give more people and entities more things, so they can stay in power.

But don’t take my word for it.

Dissatisfaction with the increasingly high inflation that followed in the late 1970s and early 1980s drove renewed attention to the gold standard, but it was overshadowed. Over the past 50 years, the discussion has tended to fade out of the spotlight, resurfacing only when inflation has moved above 5%. This means that the gold standard should be one of the highest trending topics in 2022, since inflation is at or above 8% – depending on the source.

“Whatever other problems there were with the gold standard, persistent inflation was not one of them. Between 1880 and 1914, the period when the United States was on the “classical gold standard,” inflation averaged only 0.1 percent per year.” – Michael D. Bordo; Gold Standard; Econlib.org

A Look at the U.S. Today

It’s not a stretch to say that United States fiscal policy is “loose.” Money is being printed with abandon and there is no sign that it’s going to slow down any time soon. And since it’s clear that inflation will continue to accelerate, there is only one 3-step method for mitigating our economic problems and shoring up our fiscal policy shortcomings:

But it is extremely unlikely that the U.S. will adopt any of those measures. And, even if our government enacted all three polices tomorrow, it wouldn’t make much of a difference because the 21st century version of democracy existing in the U.S. today demands ever more largess from the Treasury.

A Look Beyond the U.S. 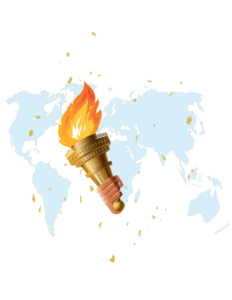 The solution is to structure the government so it operates as a private, for-profit corporation that is accountable to its investors and shareholders (its citizens). This government doesn’t need to create its own money; it simply follows its natural incentive to use gold as its money so it can focus on ever-increasing profit while ensuring inflation is kept at bay.

There are 213 million corporations in the world. Every one of them is dedicated to making a profit. The presidents and executives work diligently to take in more than they spend. They offer products and services to their industries, markets, and customers in exchange for payment.

A government that offered a quality product and service to its citizens for a fee would be no different. What type of product or service could such a government offer? Freedom, of course. Freedom from taxes and regulations packaged with property rights and the unencumbered right to conduct business, live, and work as one chooses.

Nothing that I’m saying is radical. There are roughly 192 democracies in the world, and every one of them loses money year over year. They scramble to find new ways to tax their citizens and regulate their industries while they print more money to hand out their “freebies” to keep their citizenry placated and compliant.

There are millions of examples of successful corporations while democracies have a 100% failure rate. I’m not asking a government to do something strange. I’m simply advocating a shift in how a government is structured.

I have written extensively on this issue. My first two books, Government without Taxes and Global Corporate Constitutional Republic show how I’ve developed and refined this notion over the past 20+ years. My third book on for-profit government, Capitalist Government – The Pathway to Freedom from Government Interference in our Lives, is scheduled for publication in August 2022.

If you would like to learn more about this plan, comes see me at FreedomFest July 13-16 at the Mirage Las Vegas Hotel to discuss Global Corporate Constitutional Republic [GCCR] and present the GCCR Private Placement and Business Plan regarding GCCR Sovereignty Company, the corporation I’ve formed for creating and establishing a for-profit government – somewhere in the world. 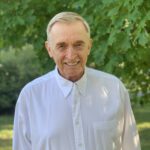 Donald Kirchinger has a typical mid-west background. Born in Detroit, Michigan Donald grew up on a 40-acre farm. As a teenager, guided by many long discussions with his father, Donald displayed an entrepreneurial flair. He bought his first cows at thirteen and bought his first common stock (AT&T) at fifteen. After attaining a Science degree, Donald worked as a factory laborer, a farmer, a pallet maker, and a truck driver.

In 1981, Donald became a licensed stockbroker, which was his career for the next seven years. Then, while stock brokering part time, he drove a semi-truck at night, which he does to this day. Donald’s dual careers are laden with government regulations. His experiences with a myriad of taxes, fees, and restrictions were catalytic in conceiving his books. The hours he spent “on the road” gave him clarity – not to dwell on the problems faced by tax-paying citizens, but to devise an alternative.

A capitalist by nature and an industrialist by trade, Donald has devoted his life work to structuring a government without taxes, which is best evidenced by his authorship of three books on the subject. Married for thirty years, Donald and his wife have three children, all of whom support Donald in his endeavor to create a society whereby people can live, work, produce and contribute in freedom.