Two incidents define the difference between a statesman and a politician from Nevada. The first is Paul Laxalt (1922-2018). His family has deep roots in Nevada. Laxalt was a World War II veteran and a lawyer, and served as a district attorney and lieutenant governor. In 1964, Laxalt decided to run for the US Senate…

Today is Constitution Day, the anniversary of the day members of the Continental Congress signed the US Constitution on September 17, 1787. There are several extremely important clauses in the Constitution that very few scholars recognize but which destined America to become the superpower that it is today. Here is my short column on this…

It was the reading of his book that made an ‘economist’ out of me. — Ludwig von Mises I found it such a fascinating book, so satisfying. — Friedrich Hayek No book since David Ricardo’s Principles has had such a great influence on the development of economics as… — Knut Wicksell The revolutionary book that these three writers praised is…

The year 2020 has been anything but a year of seeing clearly. It has been characterized by uncertainty, divisiveness, and conflicting views. In the January prediction issue of my newsletter, “Forecasts & Strategies,” I stated, “The outlook for stocks, gold and the dollar is positive as we enter 2020, but beware of a ‘black swan’…

To all lovers of liberty, This letter is a call to action. These are the times that try men’s souls. Today you must ask yourself: Are we still the land of the free and the home of the brave, or are we a conquered nation controlled by opportunistic politicians and slanted journalists? Do we want…

Today the Wall Street Journal issued its best editorial regarding the current crisis: “No society can safeguard public health for long at the cost of its economic health.” The WSJ is finally saying what a lot of us have been saying all along — government officials are using a sledge hammer to crack a nut.…

“This truly is a major development. Not only is your GO becoming accepted, but you have truly changed the perspective on measurement. It is a paradigm shift, something that happens very rarely.” — Daniele Struppa, Chapman University “Best article ever on Gross Output.” — George Gilder “It is brilliant. Write more.” — Newt Gingrich A…

“Bliss was it in that dawn to be alive, But to be young was very heaven!”  — William Wordsworth

I was born on October 19. I celebrated my 40th birthday on the day of the stock market crash, October 19, 1987, six weeks after I forewarned my Forecasts & Strategies subscribers to “sell all stocks and mutual funds.” It wasn’t just a lucky call; it was based on my study of the economic history of America.

October 19 is also the anniversary of the end of the War for Independence, when the Americans and French won the Battle of Yorktown in 1781.

April 19, 1973,  is also a memorable date in my life. My wife Jo Ann and I were married on that day, and we’ve been partners ever since. April 19 turns out to be the date that the American Revolution began with the Battle of Lexington and Concord in 1775.

Even though we didn’t know it at the time, my birth date and our marriage symbolize our lives together.

A memorable date in my writing career is March 9, 2001. For years, I struggled to complete my story of the great economic thinkers, entitled The Making of Modern Economics. The hero of my history is Adam Smith with his “system of natural liberty.” When I was finished and held the book in my hands, I looked on Amazon and noticed that the official publication date for the book was March 9, 2001. March 9 had a familiar sound to it. What could it be? Then it dawned on me that March 9 was the anniversary of the publication date of The Wealth of Nations by Adam Smith in 1776. It was an amazing coincidence! (If you are interested in obtaining an autographed copy of The Making of Modern Economics at a discounted price of only $34.95, plus $5 for shipping and handling, call Harold at Ensign Publishing, 1-866-254-2057.)

Years That Made a Difference

I’ve been fascinated with the growing number of “year books” that keep coming out, such as:

— 1776 by David McCullough, a history of that annus miraculus that focuses on George Washington and the American Revolution. In a broader sense, it is the culmination of the Enlightenment.

— 1968, The Year That Rocked the World, by Mark Kurlansky, which tells the story of the Vietnam protests and the assassinations of Bobby Kennedy and Martin Luther King Jr. 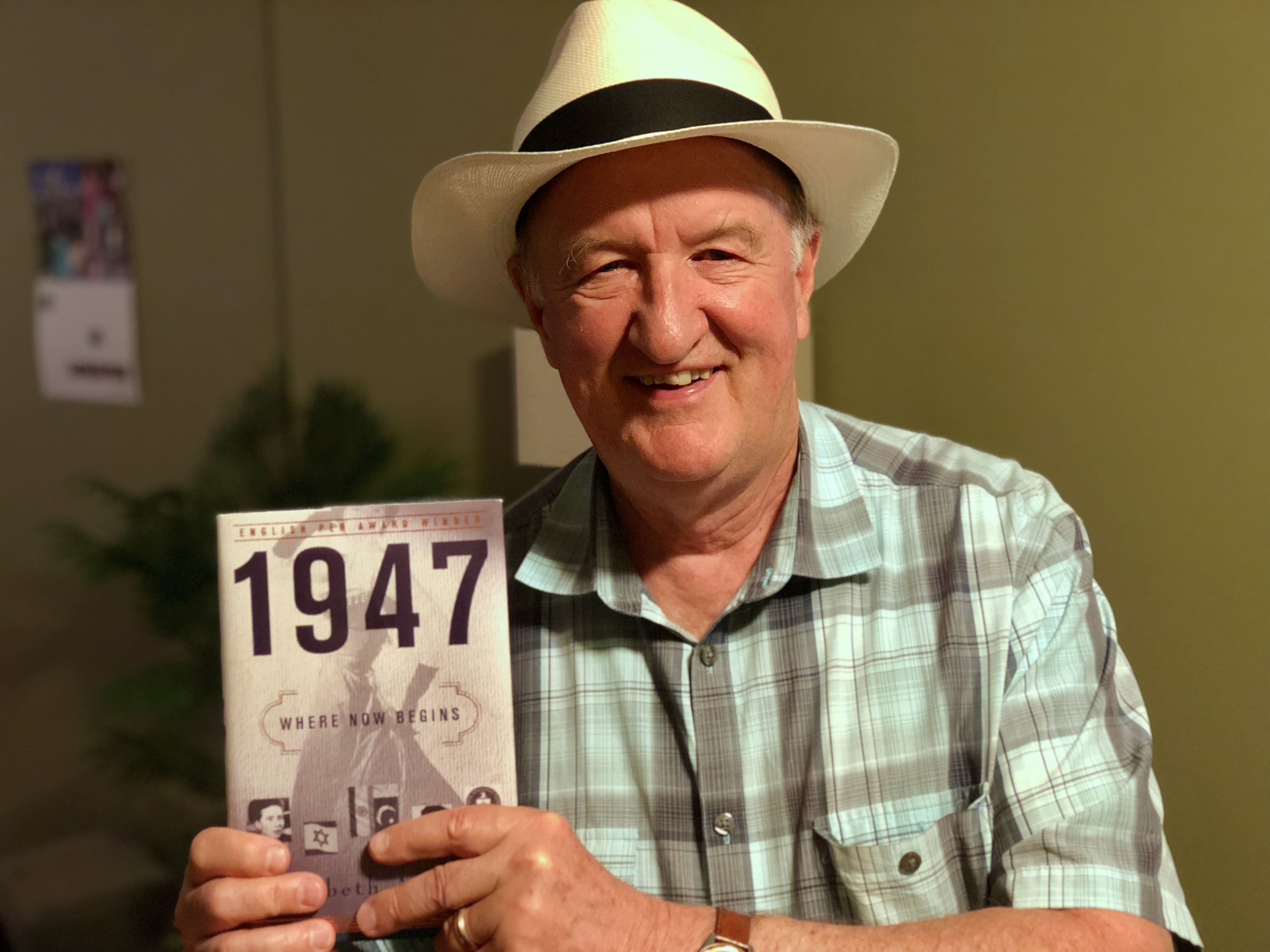 So, I was happy to see that a book has been published highlighting the events that took place the year of my birth, 1947. And the subtitle is pretty clever: 1947: Where Now Begins, by the Swedish writer Elisabeth Asbrink. Of course, the suggestion that the modern world began in 1947 is an overreach. One could say the same for 1946. In fact, a book is so identified: 1946, The Making of the Modern World.

Some of the highlights of 1947 include:

— The Voice of America started transmitting radio broadcasts to Eastern Europe and the Soviet Union.

— The first Tony Awards were announced.

— The House Un-American Activities Committee investigated the Hollywood Ten as communist sympathizers, who were subsequently blacklisted in Hollywood.

— “Meet the Press” debuted on television.

And several events occurred that year that are special for me:

— On July 24, the Mormons celebrated their 100th anniversary of Pioneer Day (arriving in the Great Salt Lake).

— 1947 is the 100th anniversary of stamp collecting. The first two stamps honored George Washington and Benjamin Franklin. They were issued in July 1847. (I’m a direct descendant of Franklin.)

To quote Frank Sinatra: “It was a very good year.”

Mark Skousen is the editor-in-chief of “Forecasts & Strategies,” a financial publication now in its 38th year. He is the founder and producer of FreedomFest, “the world’s largest gathering of free minds,” which meets in Las Vegas every July. For information go to https://www.freedomfest.com/ or call 1-855-850-3733 ext 202.

Last week, the entire high-tech sector fell out of bed after new reports revealed that private companies were selling– and politicians were buying– the personal information of 50 million Facebook users, prompting government regulation of social media.

However, the Facebook scandal is just the tip of the iceberg. Apple’s iPhone and Samsung’s Galaxy know your every move, even when your cellphone is turned off. And now Amazon and Google have carried invasion to its zenith with the acquisitions of companies making smart doorbells, thermostats and other home security devices. As one analyst put it, “Now they can see your door and hear what’s going on in your house. They can tailor marketing to your consumption patterns. They can fine-tune delivery to catch you when you’re home. In theory they can even let themselves in.” Scary!

CNBC’s Rick Santelli, father of the Tea Party movement, told me this is a “biggie” and could derail the tech and social media industry for some time as government intervenes to start regulating Amazon, Facebook, Apple and other tech companies. Investors, beware!

Action to take: “Big Brother Surveillance Panel” has just been added to our “Emergency Summit” at FreedomFest. We will have a special session with top security and privacy experts: “CAN YOU KEEP A SECRET? How Business, Government and Even Your Doctor are Monitoring You and Mining Your Data, and How You Can Once Again be a PRIVATE Citizen.” Join us at www.freedomfest.com.

Normally, we record all sessions at FreedomFest, but upon request of many of our speakers, we will turn off the tape recording so they can speak freely. You must be there in person to hear it all.

Why meet at FreedomFest? Steve Forbes says it best: “FreedomFest is where the best ideas and strategies are fleshed out.” That’s exactly what we plan to do at this special meeting — determine the best strategies to protect ourselves from the unfolding privacy crisis.

Mark Skousen is the founder and producer of FreedomFest and the editor-in-chief of Mark Skousen’s “Forecasts & Strategies,” now in its 38th year. He is a Presidential Fellow in economics at Chapman University. Go to www.freedomfest.com, or call toll-free 1-855-850-3733, ext. 202 to register.

Special Alert! We are suddenly headed down a dangerous road that could spell disaster for our country and your investments.

Based on my sources in Washington, the Trump administration is determined to engage in a confrontation with China and other trading nations that could undermine the whole global free-market economy, with grave political implications.

“It’s bad,” I was told yesterday by one of my confidantes in the White House. “The President is determined to double down on its fight with China, in an attempt to bring them to the bargaining table.”

Instead, it may ignite a “chain reaction” and a global trade war where everyone loses, including the United States. Higher prices, another recession, even war could be on the horizon….

I was told that Trump is still being unduly influenced by Peter Navarro, author of “Death by China,” and the most dangerous anti-trade protectionist in the White House since the Hoover days.

On top of that, yesterday Trump named John Bolton, a hawk who is known for taking a hard line against Russia and advocating military force against North Korea and Iran, as his national security advisor. This could mean war sometime in the near future.

In short, we are witnessing the dark side of the imperial Trump.

No wonder the DOW tanked 700 points yesterday, signaling what could be the end of the bull market on Wall Street.

The first year of the Trump Administration had mostly positive results, with much needed tax and regulatory relief for American businesses and workers. The stock market soared on the policy changes.

But 2018, an election year, is turning out to be an entirely different matter under this mercurial president.

President Trump is now reversing course and stubbornly refusing to back down.

It’s not only the prospect of a major trade war that has investors and citizens running scared. It’s his new Fed chairman, Jerome Powell, who is aggressively raising interest rates. Mortgage rates are now approaching 5%, the highest in years, threatening to cut off a growing real estate market.

At the same time, Trump and the Republican leaders on Capitol Hill are pushing through a gigantic $1.3 trillion federal budget that is bankrupting the nation. In a period that economists regard as full employment, we should be running a surplus. Instead, the deficit is expected to exceed $1 trillion next year, ballooning our national debt to $22 trillion or more. With interest rates rising fast, this spells doom for our economic sanity.

In short, the Trump White House is in chaos, as reflected in the numerous firings and resignations – more than any other administration in recent history.

For these reasons, we have decided to hold an emergency “Global Economic Summit” at FreedomFest, July 11-14, at the Paris Convention Space, Paris Resort. All FreedomFest attendees will be invited to attend this special private meeting.

Normally we record all sessions at FreedomFest, but upon request of many of our speakers, we will turn off the tape recording so they can speak freely. You must be there in person to hear it all.

Here are the experts and insiders we have invited to present:

Why FreedomFest? Steve Forbes says it best: “FreedomFest is where the best ideas and strategies are fleshed out.” That’s exactly what we plan to do at this special meeting – determine the best strategies to protect ourselves and our money from the unfolding Trump crisis.